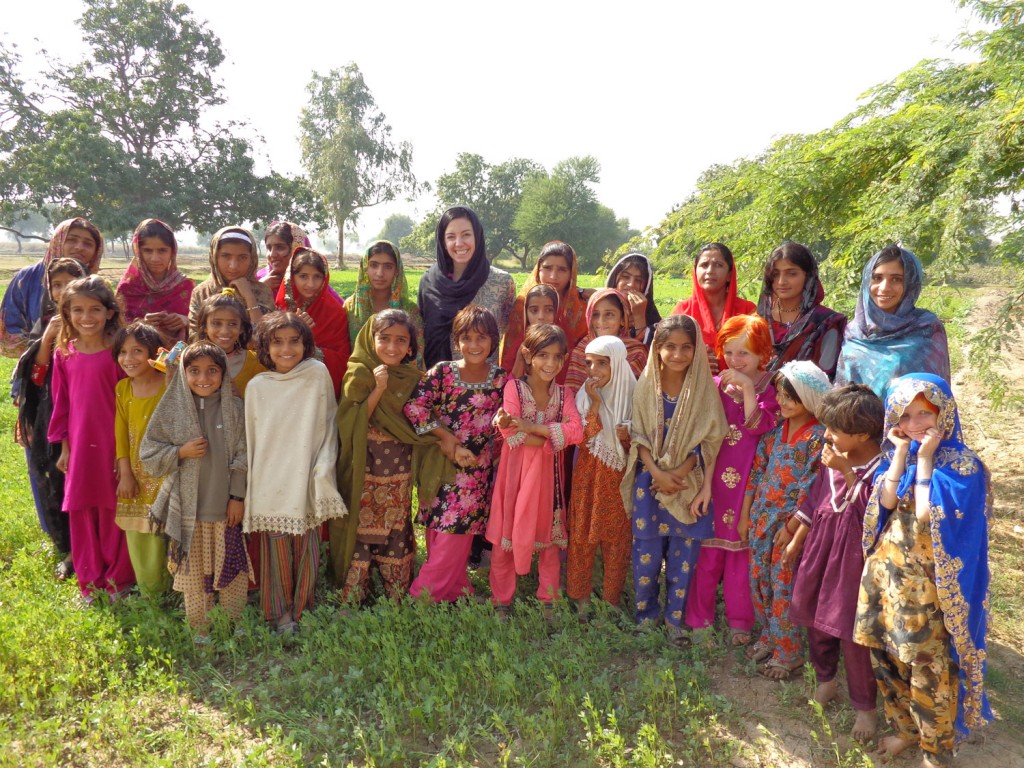 Caroline Noland, rear center, with Pakistani women and girls she met during her work with the Primary Education Project.

The death of Kayla Mueller on Feb. 6 highlights the worst fears of young humanitarian workers and their families: A 26-year-old American woman, working for Support to Life in Syria, who was kidnapped by a rising terrorist movement and ultimately killed by an airstrike on the terrorists’ base.

“It always is our tendency to be horrified when someone is killed by an act of violence, but it’s compounded when someone is so young and has lived so altruistically,” Samford University global involvement minister Renee Pitts said.

Mueller had worked with a variety of charity organizations in the U.S. and around the Middle East and Asia before being captured by ISIS while leaving a Doctors Without Borders hospital. Pitts said the tragedy of her death was brought into sharp relief by her role both as a mother and a counselor for students looking to do global mission work.

“Kayla was really living on the edge in the most war-torn area of the world,” Pitts said. “We have a lot of students like that with hearts of compassion.”

One such student is Caroline Nolandd, a 2012 graduate who spent around two years in Pakistan. d worked for the Primary Education Project, building schools in rural villages and emphasizing girls’ education. Pakistan is the same country where Nobel Peace Prize-winner Malala Yousafzai was shot by members of the Taliban for promoting female education.

Noland said she has always had a passion for female education and empowerment. She decided to go to Pakistan because of its low rates of schooling for young girls. Before she arrived, Noland was actually more worried about socializing in a community that did not speak English than about her safety.

“I think as people of God, the places we should be are some of the hardest,” Noland said. “I wanted to go to the places where other people wouldn’t go. Or maybe I was just stupid.”

On her first night, however, Noland heard repeated gunfire and slept under her bed, convinced the Taliban was coming to kill her. She later found out the gunfire was part of a wedding celebration.

Noland also learned that during the 2013 general election, a nearby city shut down about every other week and residents would set fire to cars and protest in the streets. When that happened, teacher training would stop and she couldn’t leave the house to go to the grocery store or the bank. Eventually, the sound of gunfire no longer bothered her.

“Instead of feeling dangerous, mostly it was just an inconvenience,” Noland said. “You have to assume it’s not dangerous to keep going.”

Despite the risks, Noland stayed safe and found the community she’d been hoping for. She said many people hesitate to go to places like the Middle East because they have a false sense of security at home.

“I don’t want to not fully experience and live life because I’m scared something would happen,” Noland said.

Both Noland and Pitts said fear should not override a passion for service, but careful thought about motivation and clear-eyed risk assessment are critical for anyone considering perilous humanitarian work. An outcome like Mueller’s is never entirely preventable, but young aid workers can reduce their danger and be certain that their cause is worth the risk.