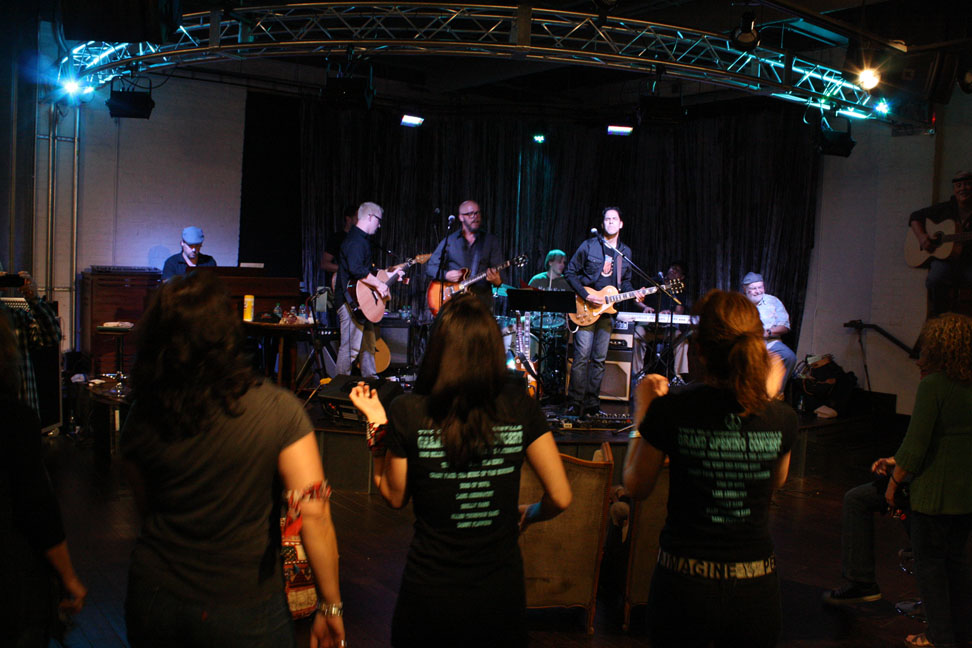 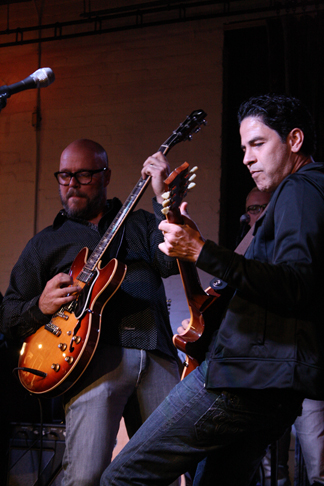 Europeans know Tennessee exists because of Jack Daniels whiskey and country music. Bright neon lights, smoke, drinks, crowded rooms, and really loud music are ordinary in “Music City” bars and music venues. But only a select group of musicians have what it takes to really catch attention away from the noise of Music City. “There are a million great musicians,” says drummer Bobby Blazier of crowd-pleasing band The Nashville Alternators. “But the ones that play it from the heart, well that’s rare.”

All the musicians in the Alternators have 30 plus years experience in the music industry. Some of them have played on stage and in sessions together for 25 to 30 years. If you combined their experience, you would find they played with big name artists like Keith Urban, John Mayer, Peter Cetera, Lee Ann Rimes, Shania Twain, Kenny Loggins, Matt Redman, Amy Grant and Vince Gill. Lead vocalist Gene Miller even graced the stages of Opryland in its prime before he moved to Los Angeles to perform with Barbara Mandrell before touring with Donna Summers. But it’s never been fame that drives them. It’s all for the love of music.

They’re the definition of seasoned players and have a passion for music second to none. A common thread among this group shows that they all fell hard for music at a young age. Blazier started playing drums at 13, Miller harmonized Christmas carols with his dad at the age of six (he said he didn’t choose music, it chose him), and other lead singer Chris Rodriguez decided at the same age that he would have a guitar by age 10. He followed through with that decision. When music got a hold of them, they didn’t want to let go.“It’s in your soul,” Blazier says, “It’s what we breathe and live and love.”

It all started when Blazier organized a group of his closest musician friends to play at Stogie’s, a favorite cigar joint in Cool Springs, Tenn. for the MusiCares benefit in May 2010. However most of them didn’t know what he was planning. According to lead vocalist Gene Miller, the chemistry on stage that night surprised them all. “It just so happened that Chris Rodriguez and Tommy Sims were there…We just got up there and started jamming. It sounded like we’d been playing together for years.” The connection between each of them weaves throughout the entire band: vocalists Gene Miller and Chris Rodriguez, drummer Bobby Blazier, bass player Akil Thompson, keyboard player and vocalist Carl Hergessell, recently deceased and world-renowned percussionist Tom Roady, keyboard player De Marco Johnson, bass player and vocalist George Hawkins, and finally (take a breather) bass player David LaBruyere.

Classic covers would best describe the song list. Rodriguez says it’s his favorite part, “The coolest thing about the Alternators is the song list…The songs you’ve always loved but never got to play live.” They set out to do covers better than the original; their fans would argue they do it every time. “When you love the music and then you love the people you are playing with, it makes it that much better. And there is a high respect level there as well,” says Blazier, “It’s fun for everybody cause we are having so much fun ourselves.” The attitude is contagious, and audience members of all ages love what they play. 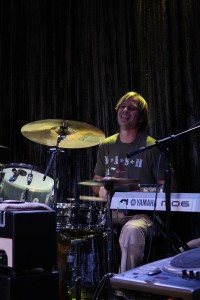 Throughout decades in the music industry, these musicians have crossed paths and worked with each other from one gig to another. For the first time in 30 years they are playing together. “We have a nice cast of revolving people,” Rodriguez says. It’s where they get the name. They never know who’s going to be on the road during an Alternators show, and that’s okay for them. “We’ve gotten to the point where we can alternate songs based on who we have.”

Miller says the spontaneity of talent rotating through each gig keeps it fun. He hopes it’s something the music industry gets more of in the coming years. “I wish there would be a pursuit of the art more than there is a pursuit of being stars,” Miller says. Their passion may pay the bills during the day, but once they’re on stage together the pressure is off. Music is the art, they’re the craftsmen.