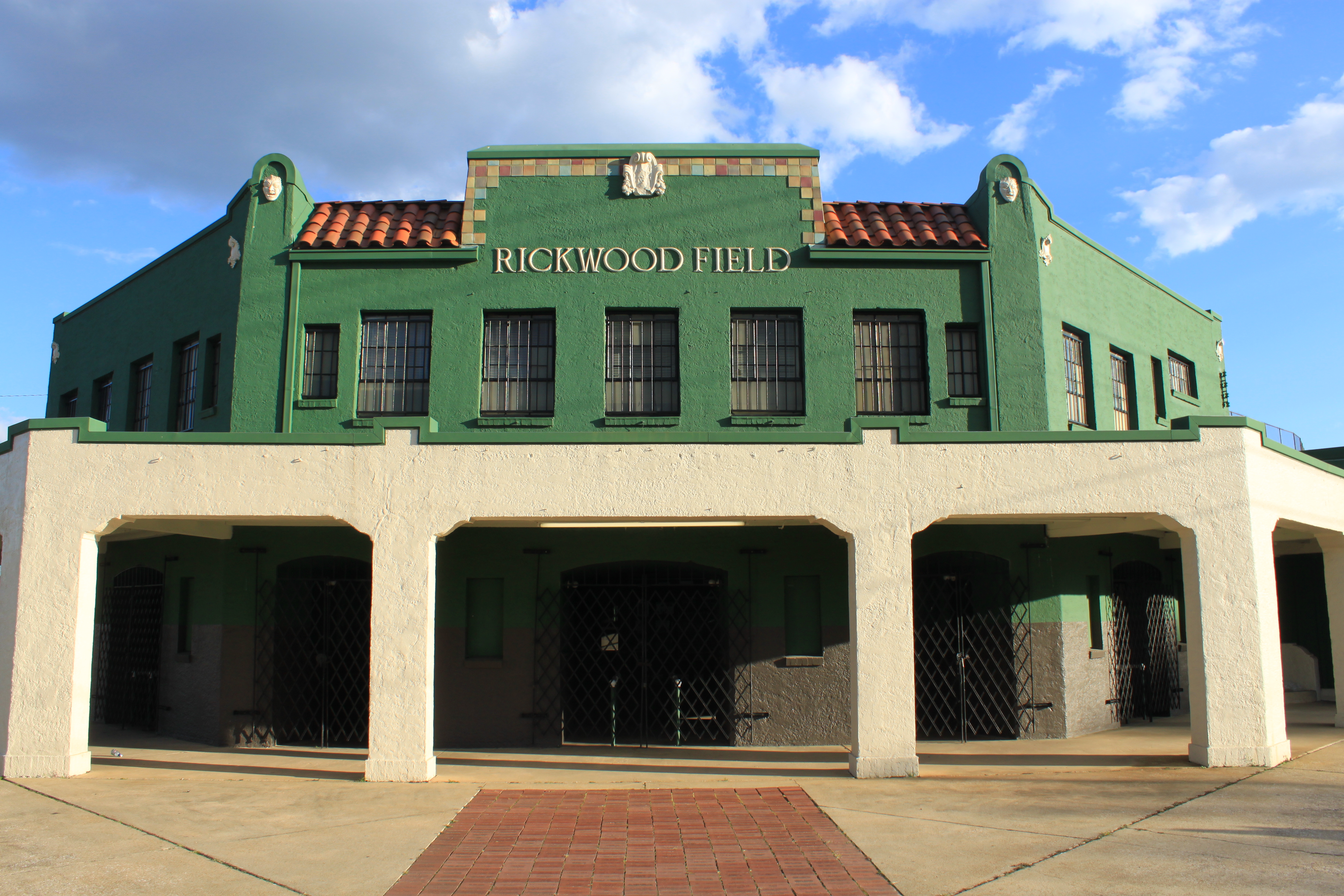 The main entrance to Rickwood Field. 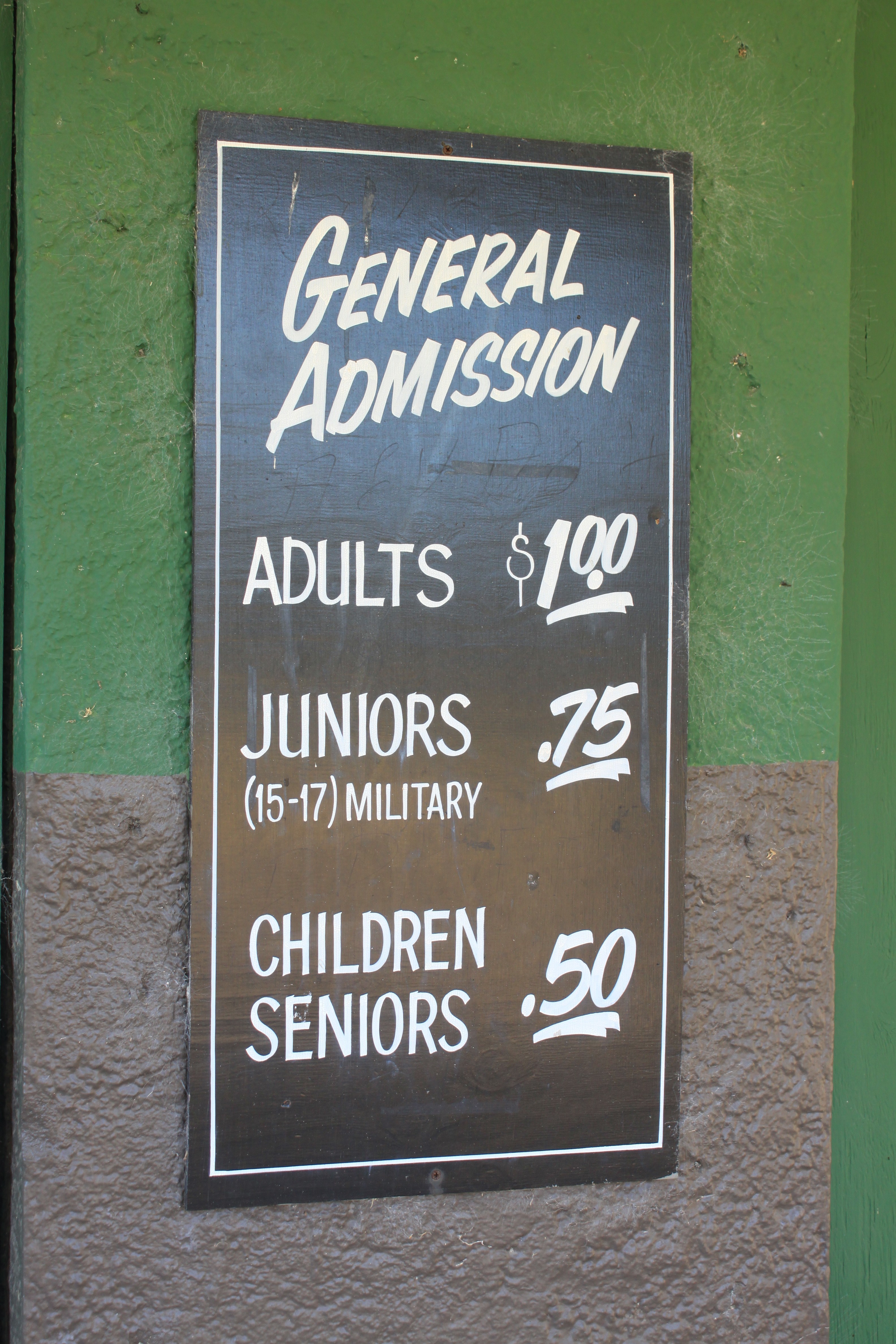 The general admission at the ticket booths shows the prices to watch a game back in the day. 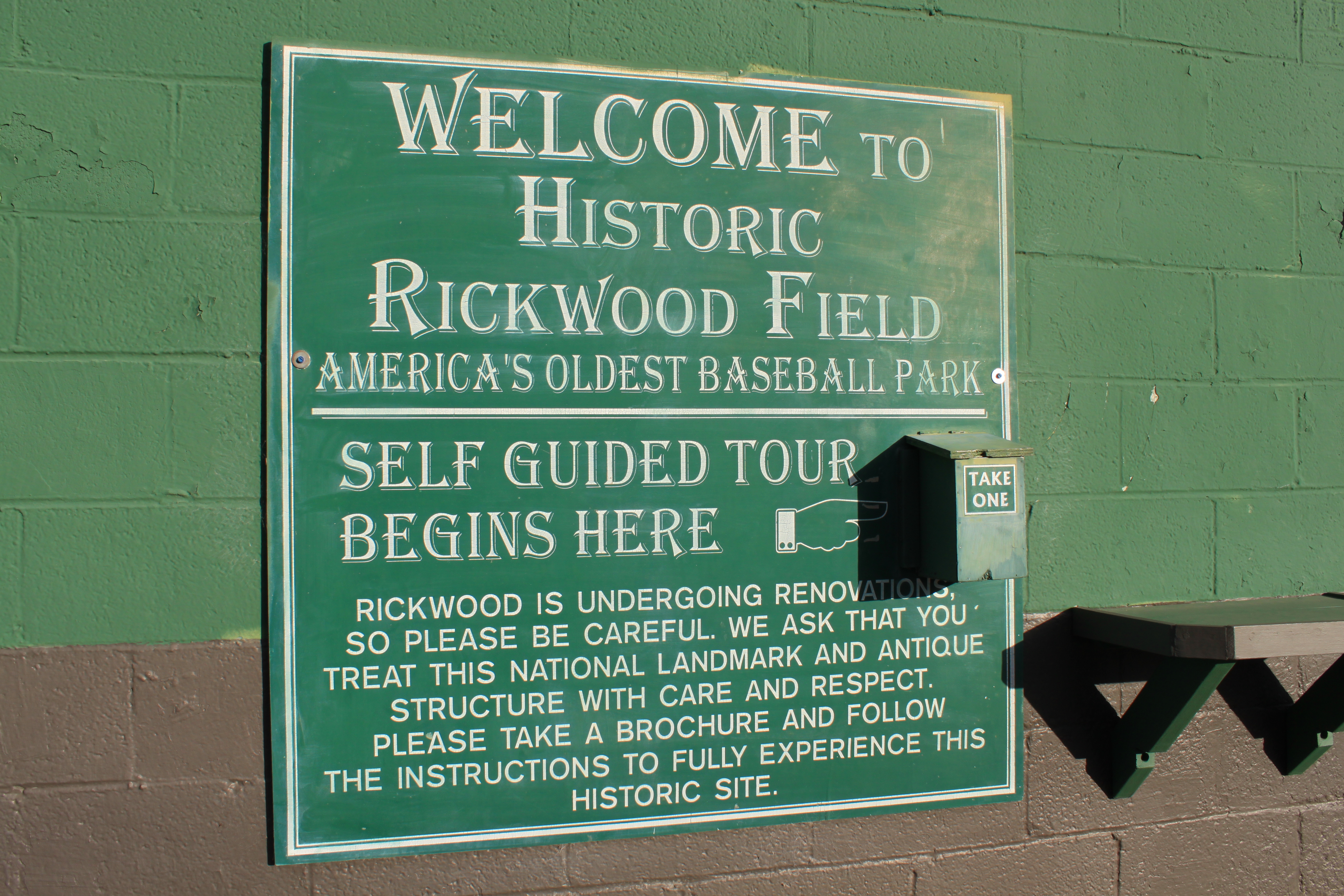 Take a self guided tour at Rickwood Field, complete with an informative brochure to help along the way. 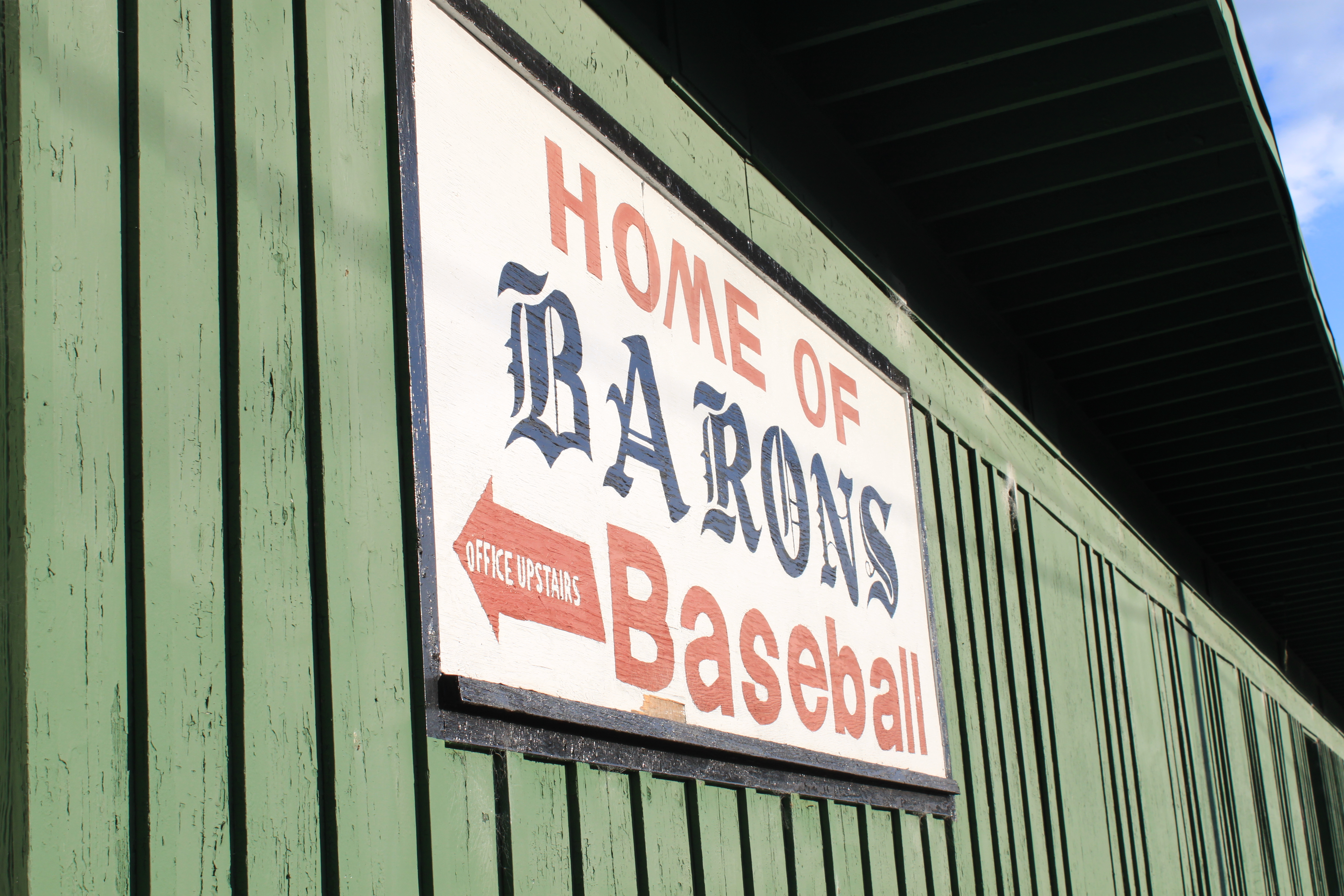 Antique signage on the side of the building adds to the historical feeling of the field. 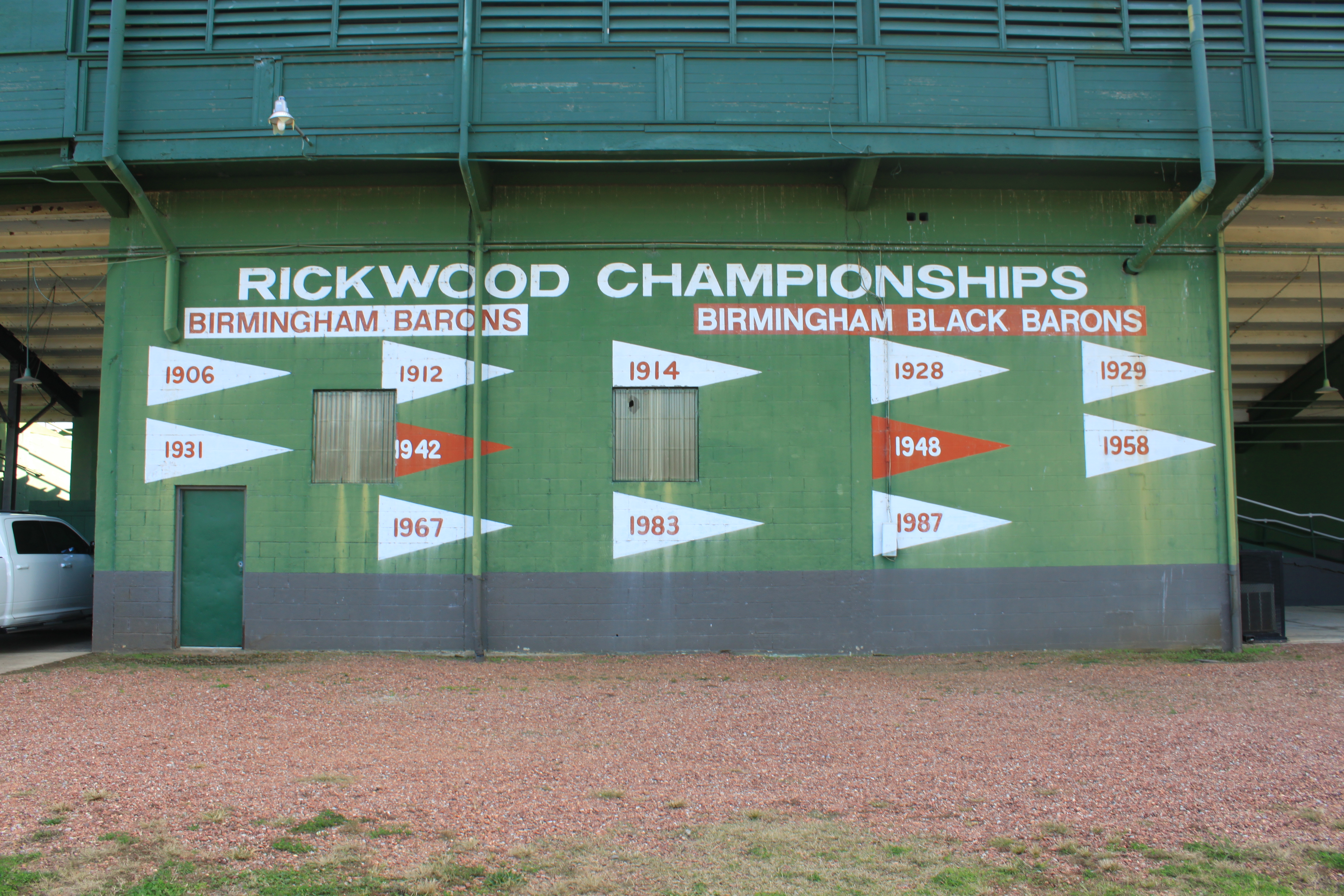 Championship painted pennants outside of the park. 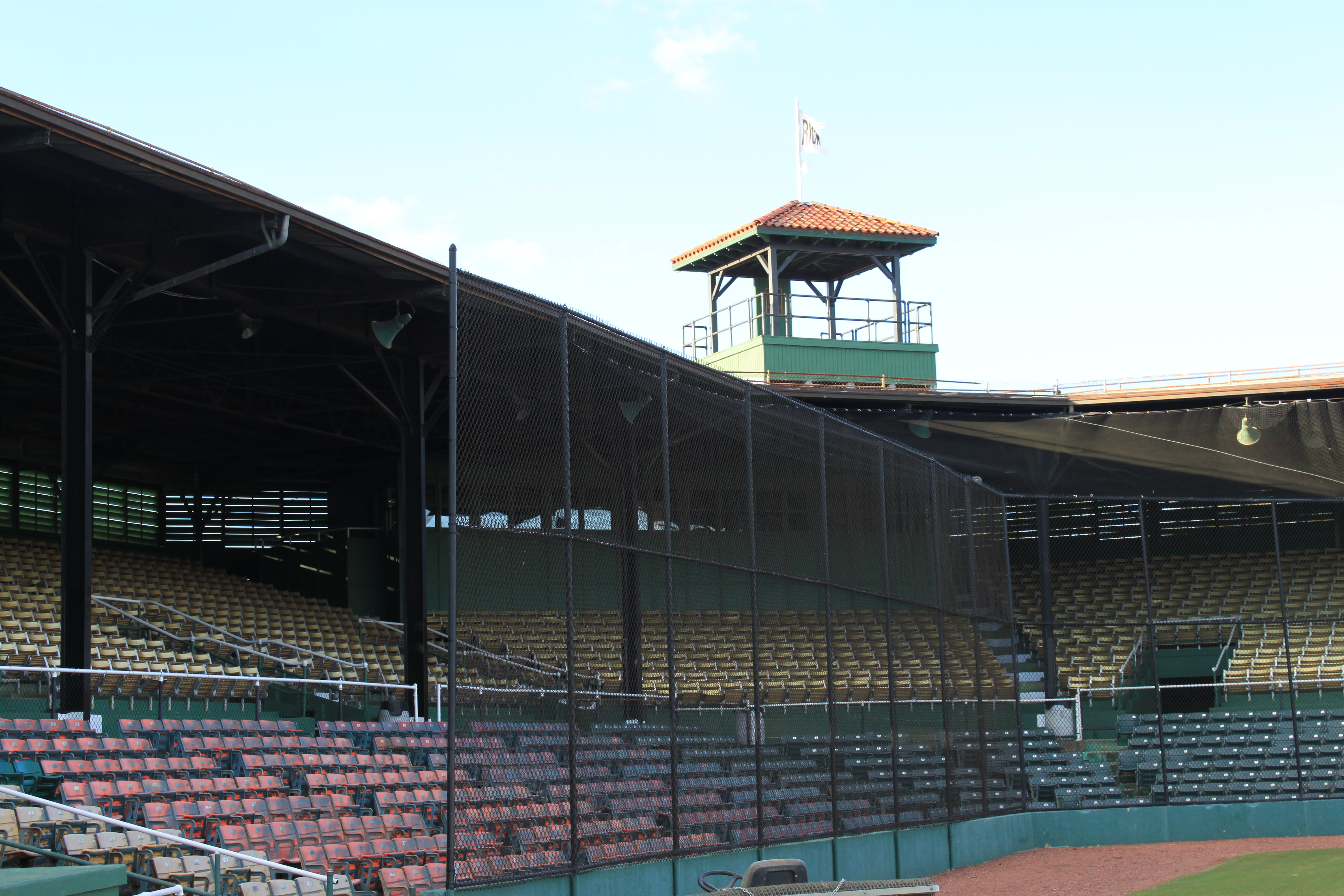 Original seats in Rickwood field rotted away and removed in the early 1970s. 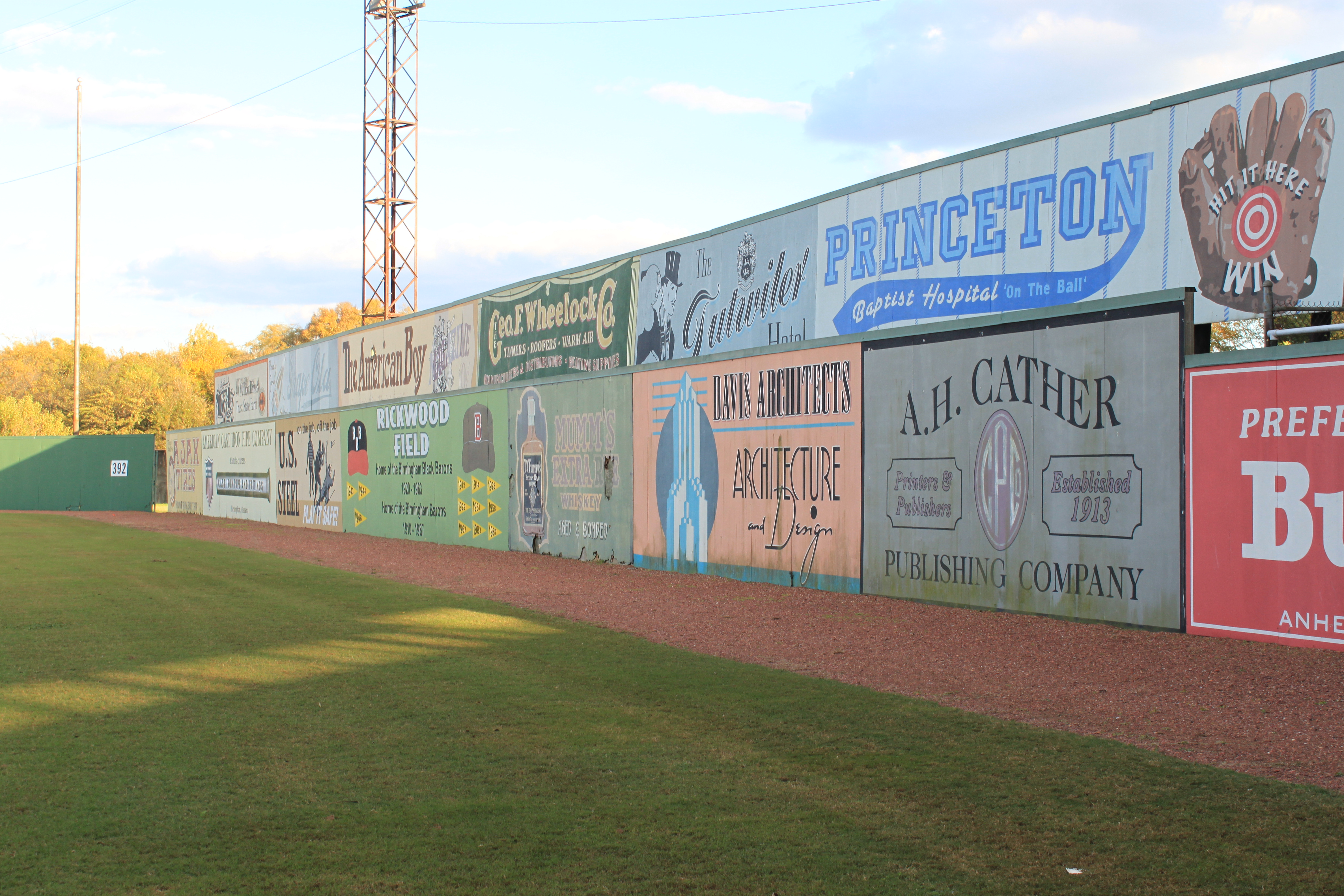 The antique signs were made by artists from Warner Bros. to create the backdrop for the movie "Cobb" that was filmed at the field. 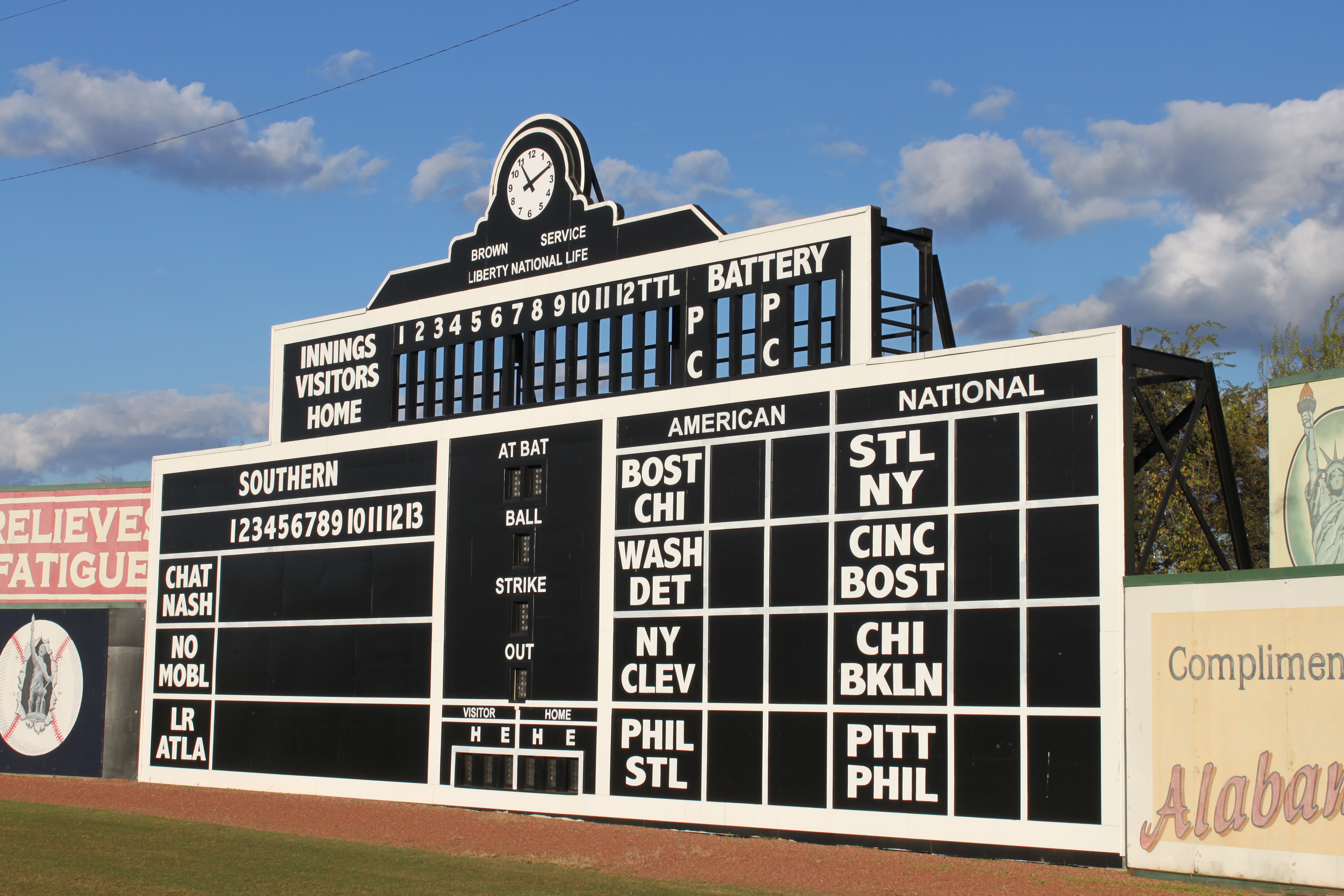 The scoreboard at Rickwood Field. 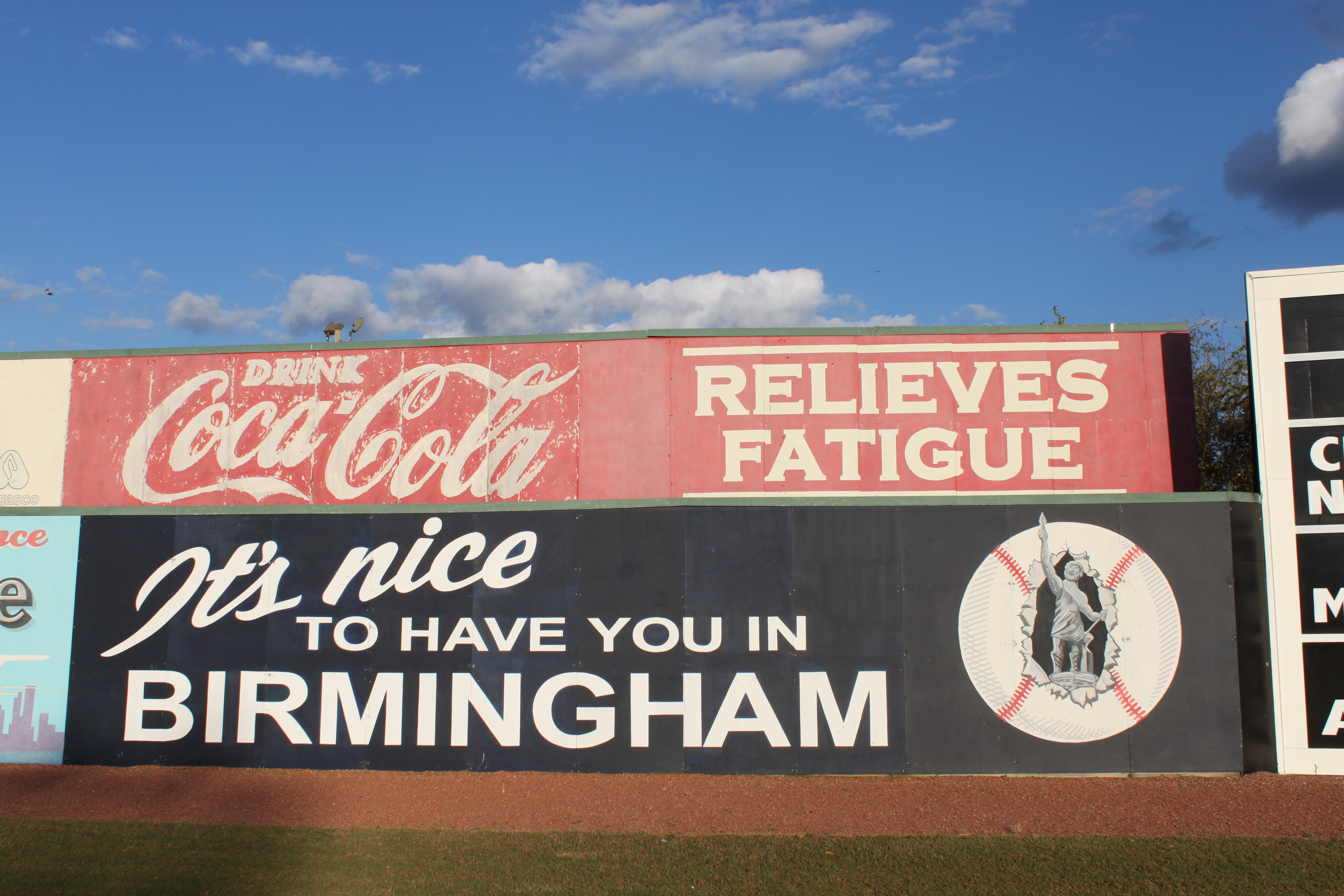 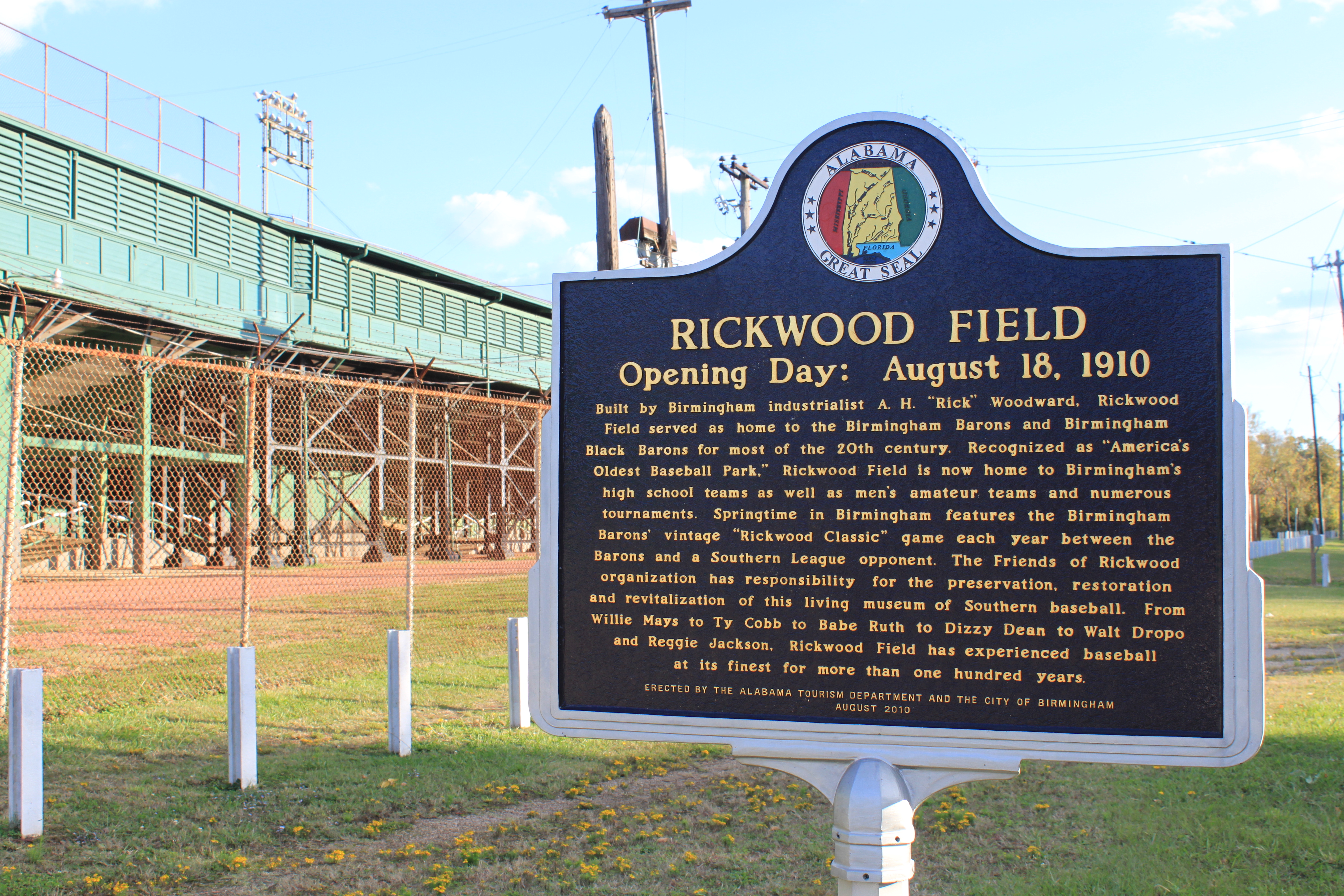 This free option to explore Birmingham is a great place to take any sports buff or enthusiast. Rickwood Field is America’s oldest baseball park and it is full of history. Built by A.H. “Rick” Woodward, the park’s opening day was on Aug. 18, 1910.

The park allows you to explore the area with self guided tours. You can walk through the main entrance to see photographs of old teams and famous players.

The park has seen many greats of the game like Babe Ruth and Jackie Robinson. The history does not stop there – you can enter the field and walk around the grounds, that is, if a game is not going on. Rickwood Field hosts multiple games throughout the year for local high schools, colleges and even private events.

Field groundskeeper Alvin Harris said, “We have a lot of people come here from all walks. I was a little surprised when I started working for [Friends of Rickwood] because we never had a sign-in book, we got it now – a sign in register book – and we can look back and see where all people come from. They come from Japan, China, from all over.”

Check out more about Rickwood Field and Friends of Rickwood here.

5 Things I Learned On A Police Ride-Along