Cool winds and hot apple cider filled the Birmingham home of six recent Samford graduates as they opened their doors to the community for a free house concert last Saturday night.

Located in the heart of the city, their home was reportedly built in 1904 and continues to stand strong with a welcoming front porch and 2 antebellum white columns.

Each room in the house is unique in it’s own way, from fireplaces in bedrooms, windows that cover the span of an entire wall, to antique handle nobs and original tiled sunrooms – there is nothing simple about this home.

The concert brought in a large number of Samford’s community kicking the off with student openers Danny Delgado and Rob Johnson. Couches were filled and all surfaces of the home were covered to hear the great tunes. They opened with familiar cover songs and had the whole house hand clapping and foot stomping along. 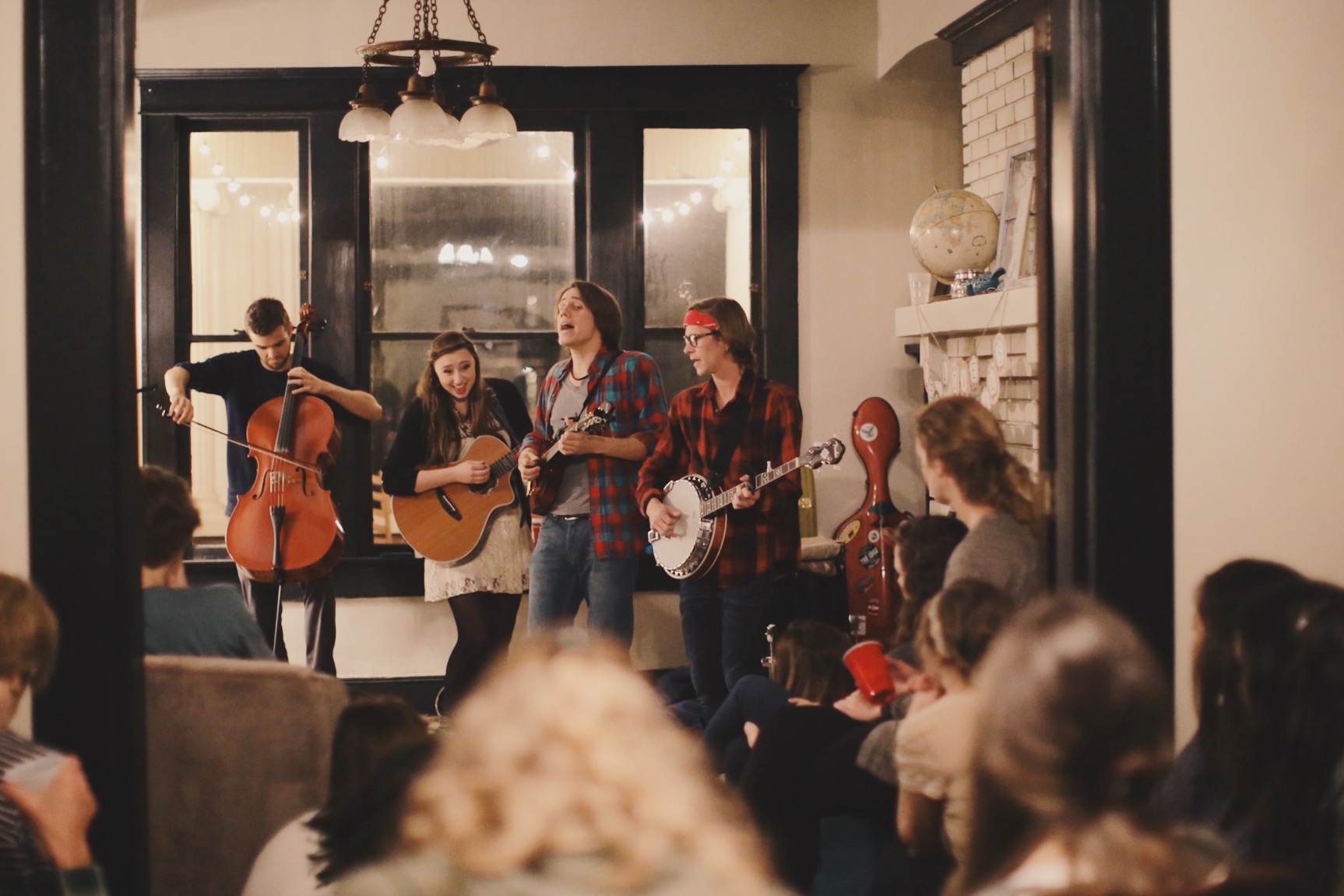 With a break to refill mugs of hot apple cider, the Nashville based band Arcadian Wild, put on a one of a kind show for the crowd. Sarah Wood, Isaac Horn, Everett Davis, and Lincoln Mick, make up the four-member band, all met at Lipscomb University in 2013 and released their first EP, “The Colorado” and their first album “The Arcadian Wild”.

Their style of music is a one if a kind combination between a guitar, ukulele, harmonica, cello, and mandolin. To say the least, this is an eclectic band with some powerful sounds. You can check out their music on iTunes under Arcadian Wild as well as their band page, thearcadianwild.com.