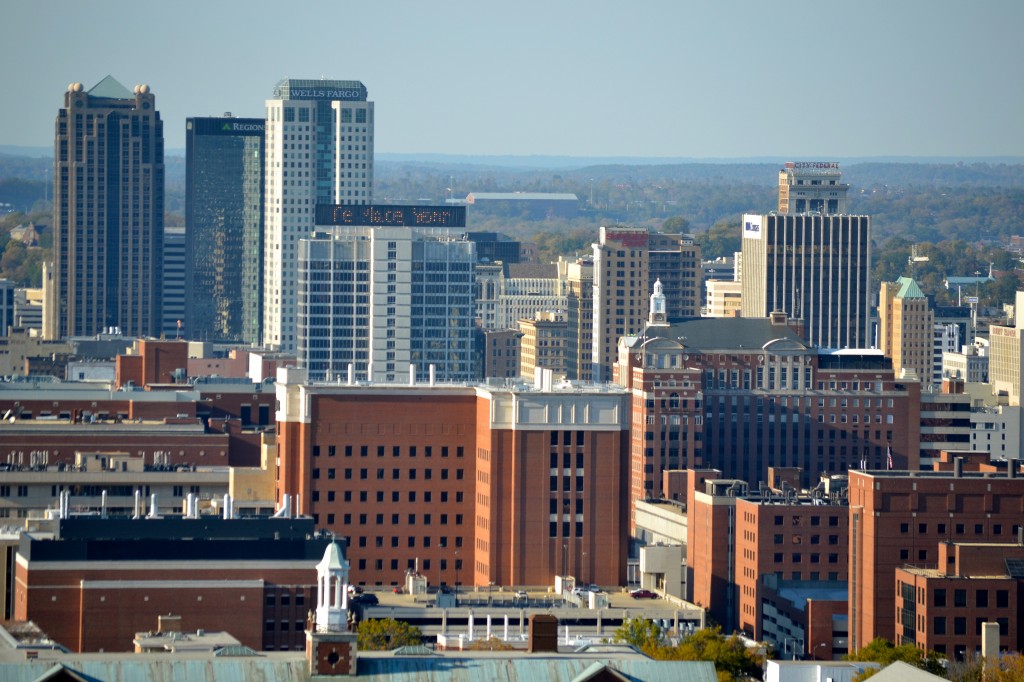 Resting atop Red Mountain, the Vulcan in its 75 years of watching over the Magic City, can tell that something new is in the air. He hears people talking, sees them getting into their cars and driving over the mountain and into the city.

There is a reason he has never turned back to look at the suburbs. For even the Vulcan knows downtown Birmingham is the place to be.

In the past five months, Birmingham has watched new developments change the skyline of the city. A new entertainment district reshaped the layout of the city’s convention center, the BJCC. Birmingham’s historic minor league baseball team made the move from Hoover to Railroad Park. And businesses like Iron City helped to make downtown a happening destination.

“I have lived in Birmingham all of my life, and I have never heard or felt more positive things about downtown than now in any of my 40 years of living here,” says REV Birmingham CEO David Fleming.

As a non-profit organization, REV Birmingham centers on the revitalization of Birmingham’s city center and surrounding neighborhoods. Fleming says the city has come a long way, considering its disadvantages transitioning into the 21st century.

“Being an industrial-based city for the majority of its life, Birmingham had to transition. Cities like Birmingham, Pittsburgh, Louisville and Cleveland had to learn how to evolve,” Fleming says.

“It puts us a little bit behind the service-based cities like Atlanta, Jacksonville and Nashville, but it’s because they did not have to do a complete 180.”

Despite the set back, Birmingham is growing now more than ever. The city has seen a 32 percent growth of people moving into the city since 2000. Business growth has also increased from 2011 to 2012, and 2013 is promising even more.

“All of the trends are pointing in a positive direction. There are still challenges, but people have a much more positive view of the city. All of the major signs show that we are moving in the right direction,” Fleming says.

Moving in the right direction does not mean leaving behind the rich history that makes Birmingham so unique. Regions Field is a direct reflection of this fact. 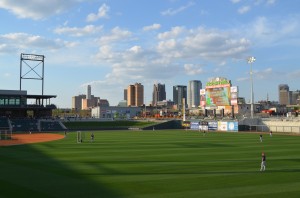 The Birmingham Barons have called Birmingham home since 1885. Its history includes the the Birmingham Black Barons along with a variety of name changes, including The Birmingham A’s and Birmingham Coal Barons. It even includes A-list players like Willie Mays, and who can forget about Michael Jordan’s short stint?

The team began at the Slag Pile, later moved to Rickwood Field, America’s oldest ballpark, and then to Hoover Metropolitan Stadium. And now, after 25 years, the team is making the move back downtown.

“I have been with the Barons for 20 seasons, [this is] my ninth as general manager, and there is no doubt that the level of enthusiasm and excitement for our move downtown has really spread across the entire metro community,” says Birmingham Barons General Manager Jonathan Nelson.

“I think a lot of people view it as an opportunity for the downtown area to be more of a destination to come to on a regular basis.”

Nelson says there have been talks about building a new stadium for years, but after Railroad Park opened in 2010, the timing seemed right more than ever before.

“This opportunity became available, and it made sense on so many different levels to explore the opportunity. And the more we explored it, the more we saw that it could be a reality,” he says.

The Barons broke ground on Regions Field in February 2012, and on April 10, 2013, they opened it for their season home opener.

“We believe that this new ballpark at Regions Field really offers something for everybody, for individual fans, families, church groups, civil groups and businesses,” Nelson says.

“The ballpark concourse will be open everyday. People will be able to access it if they want to run or walk through Railroad Park, they’ll be able to run through Regions Field’s concourse as well,” he says.

“People can sit down, look at the ball field, have lunch or read a book. It will be open.”

Turning on the Glitz

From Regions Field, turn down 19th Street until you hit Eighth Avenue North. Though you will recognize the area as the BJCC campus, so much about it has changed.

The biggest project to be unveiled this year is Uptown, an entertainment district anchored by the existing BJCC and a brand new Westin Hotel.

With 1.2 million people visiting the BJCC each year, the project proves to have huge potential for locals and visitors.

“It’s a great addition to the city. It has given a lot of sizzle that just has been needed for a long time,” Hilly says. 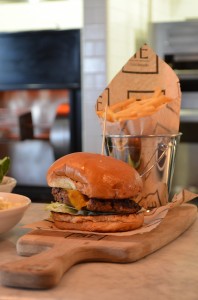 The project broke ground in January 2011. The Westin Hotel with its 294 rooms, rooftop pool and bar officially opened during Valentine’s Day weekend this year. Opening within the hotel was the Todd English P.U.B., the second location for Todd English, a James Beard award-winning chef. The original is located in Las Vegas.

Executive Chef for the Birmingham location, Jamie Pruitt, says the restaurant has received a great response from the community.

“I think people are happy to have us here in Birmingham. We have hired more than 100 people in the community, and I think it’s great that we are a part a very big project that will link us to the community,” Pruitt says.

Other restaurants to open in the area are Texas de Brazil and Octane Coffee, adding to the already vibrant restaurant culture scene downtown.

“So much has opened in the past few years – Brink and Tin, Vittoria, El Barrio – in the downtown area that is a part of the BJCC area,” Hilly says. “We are really proud of the cuisine in this city. It is an outstanding thing to have that much good food going on in a city this size.”

Traveling back to the south side of town, the opening of Iron City, a music venue on 22nd Street South, adds to Birmingham’s growing music scene. 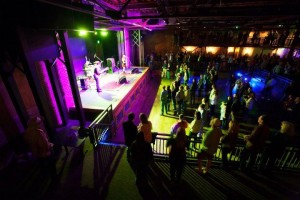 Production manager Michael Creager says owner Steve DeMedicis began to work on his concept three years ago. After purchasing an old warehouse, originally used as a car dealership, he broke ground on restoring the space a year and a half ago.

Creager says the decision to build the venue in downtown Birmingham was an easy one.

“Steve is a Birmingham guy. I am too. This is home to us,” Creager says.  “We want our city to be excited about downtown.”

“I love downtown. Steve loves downtown. There is just a lot of cultural reasons to bring a focus back to the heart of the city, to restore arts, entertainment, business, gas stations, grocery stores, bringing it back to our generation and generations to come,” he says.

With three stages and a 1300-person capacity, Iron City will stand as a unique venue in the city, providing a larger space than Workplay. But like Regions Field, Creager says they do not want the venue to serve an exclusive purpose.

“We are not solely a music venue. We can accommodate a musical performance from small to large scale, but we also want to host a multitude of other events to help sustain the public’s view of a venue our size,” he says.

Now that the venue is built, Creager says he is excited for the potential it provides for Birmingham’s growing music scene.

“[Birmingham] is an incredible place, and this is something that Birmingham is very deserving of. I have always felt that we had more talent than we had industry in the city,” Creager says.

“Now the rest of the country, with the recent emergence of Alabama music in a national spotlight, has started to change public opinion about what the South has to offer in the entertainment industry, specifically Alabama.”

The thing about revival is that it is never static, but instead always growing and changing.

“Our goal is a vibrant city, and a vibrant city comes from people not just projects,” Fleming, of REV Birmingham, says. “We want to see people work here, play here and live here.”

And to create this community downtown, everyone has to chip in and help. The burden does not rest on a single organization.

“Of the things opening in 2013, I don’t think one is going to be the difference maker. All of those three in addition to everything that follows is what will continue that process,” he says.

And if this is only the beginning, it’s impossible to not be excited for what Birmingham has in store next.

“We don’t even known how our city, particularly downtown, will be different and vibrant in the next 10 years because of these investments that have been made and are being made, not just on the big scale. A lot of small things really add up,” Fleming says.

So what’s stopping you? Downtown Birmingham is ready, and it’s calling your name. Don’t miss out on all it has to offer you.

Five Ways to be Healthier in College

Coffee with a Cause

Library: a place of healing for northeast Birmingham