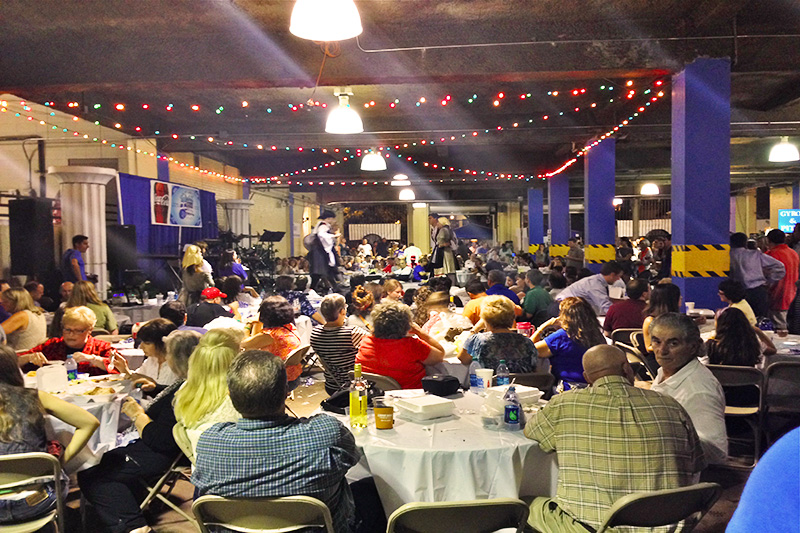 Birmingham is known for being a major contributor to the beauty of the Southeast. From fried food to Southern hospitality, visitors often leave Birmingham with an appreciation of the history and comfort of a “small” big city. However, what many people have grown to love most about Birmingham is a fall event that captures the hearts of natives and visitors alike with zest and color. From September 28 – 30, people all across the Southeast came down to the 41st annual Greek Festival, eager for a plate full of chocolate baklava and Greek chicken and a night of Greek dancing and music.

The lively festival began in 1972 by the Ladies Philoptochos Society and has since become one of the most popular cultural events in Birmingham. Now hosted by the Holy Trinity-Holy Cross Greek Orthodox Cathedral on 19th street, the three-day event offers food and culture that might not be common to the south but is certainly adored. The event has a community-centered spirit to it, offering large round tables and long lines that give visitors and church members opportunity to mingle, meet, and relax together.

“The Greek Festival is an exciting and engaging way to learn more about Birmingham and its intriguing culture and history. The Greek population is quite extensive and influential in Birmingham society, and the fact is dually noted at the annual festival,” Birmingham-area native and local college student Courtney Bell said.

“Amazing food, entertaining dancers, and a tour of the chapel were enough to have me saying ‘OPA!’ It was not my first time to attend nor will it be my last.”

St. Paul and the Broken Bones blast onto the music scene