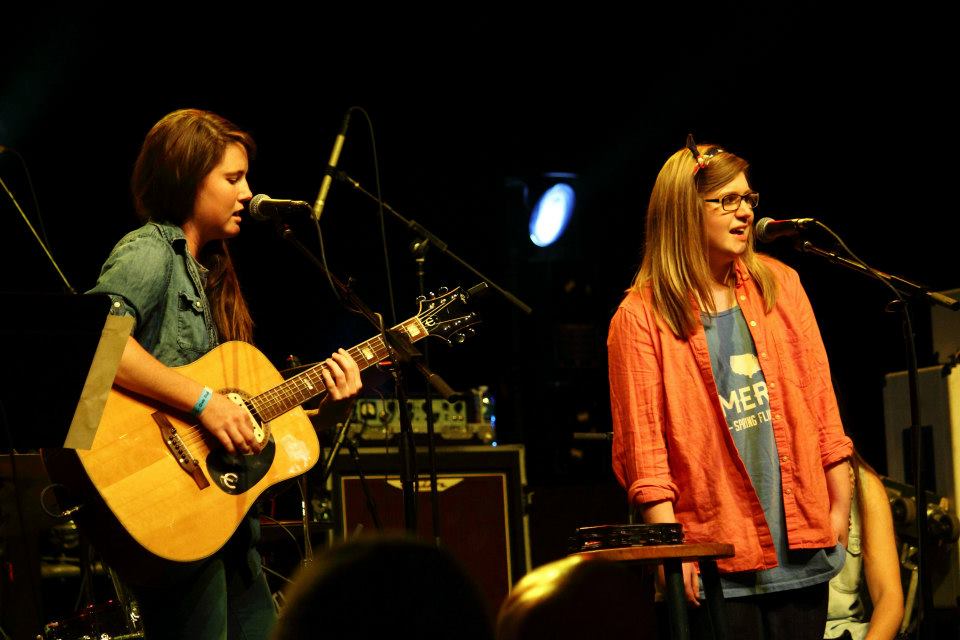 Seniors Makenna Lang and Laura Lynn Williams became friends during their freshman year at Samford. Now the harmonic duo, known as Captain Captain Cutie Pie, is putting out a record.

“We met freshman year, because we lived on the same hall,” Williams said. “We bonded over a shared love of Brandi Carlile and One Tree Hill.”

Like many college roommates, “jam sessions” were an inevitable part of living together. However Lang and Williams soon discovered that they not only loved singing together, but they sounded really good, too.

“In December of sophomore year, we started singing together in our bathroom because the acoustics were really good,” said Lang, “And we just played and sang a lot of Christmas songs.”

In fact, the first song they performed together live was “O Holy Night.”

After spending the season singing Christmas songs together, they moved on to covers and eventually started writing and performing their own songs.

One of the band’s most popular songs and a personal favorite for Lang and Williams is “Birmingham,” which developed out of a personal loss. The song is also a response to the difficult side of growing up in college.

“From a sentimental standpoint, I really like ‘Birmingham’ because it is so definitive of our Samford experience. It came from a really hard experience and has turned into such a good thing,” Williams said.

“A lot of people tell us they like that song because it is so relatable,” Lang said.

Another crowd favorite is their comical hit “Boys.”

“I like ‘Boys’ because I get to make fun of myself,” Williams said.

The song-writing process for the Cutie Pies does not always follow a specific formula, but they are always excited to share their ideas and inspiration with each other.

To find out more about Captain Captain Cutie Pie check out their Facebook page: https://www.facebook.com/CaptainCaptainCutiePie?ref=br_tf. The duo is currently raising money via kickstarter.com to produce a full length album. Follow their progress or back the project here.