A Place Full of Characters: Highland Music
Prev Next
Search 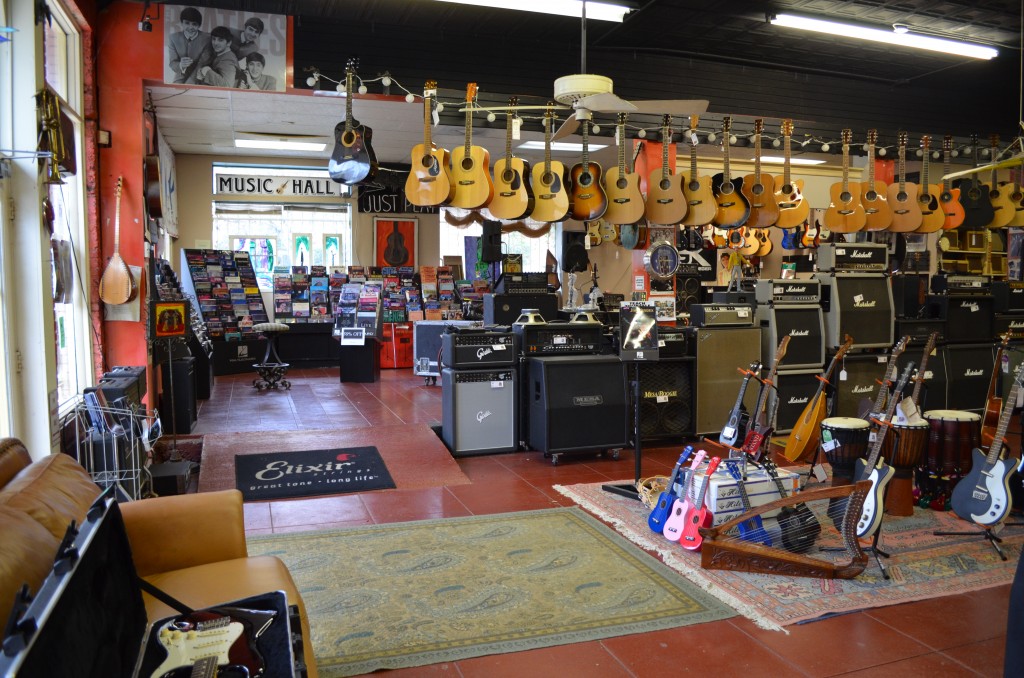 Talking to Don Murdoch, the owner and founder of Highland Music in Lakeview, it quickly becomes apparent that he did not open his shop 32 years ago with the purpose of making it big. Instead, he intended to share his passion for music with the city.

Murdoch opened Highland Music in 1981. He was 25 years old and had six guitars for sale. Working as a landscaper on the side, Murdoch says it took about six or seven years before he finally broke even with the store.

With pink bricks and yellow trimming, the building’s exterior prepares you for the characters that wait inside. 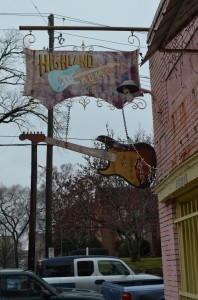 “We have a weird group,” Murdoch says when asked to describe the customers that come into his store. That day, Damien Johnson, founder of the band Brother Cain, guitarist for Alice Cooper and the current lead guitarist for Thin Lizzy stopped by just to chat and hang out.

The services Highland Music offer makes it a triple threat: selling guitars, repairing them and providing lessons to learn how to play one.

People from across the southeast send their instruments and amps to the shop for Murdoch’s techs to inspect, and the store offers lessons everyday for guitar, bass and occasionally the banjo.

For those in a shopping mood, Highland Music provides an inventory of new and vintage instruments to choose from.

“Guitars are like computers and everything else. Guitars they make today are so much better than what they made ten years ago,” Murdoch says. “You can buy a really good guitar for $200 or $300.”

For those looking to buy their first guitar, Murdoch suggests looking at Tanglewood, a company out of Great Britain that he says is the best guitar for your money. 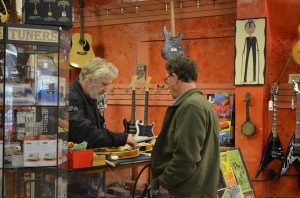 Having been in the business for 32 years, Murdoch says there have been some trends that he has not been crazy about.

“One trend that scared me was when all the keyboard bands came out in the late 80s. I thought I was going to go out of business,” he says.

He sold keyboards for a while, calling it the worse decision of his life, closely followed by his decision to sell drums. “That only lasted a year. You can come in and strum a guitar, but you can’t play drums quietly,” he says.

Looking at trends for the future, Murdoch says he has noticed a void of musicians among the 18 to 25-year-old crowd, or as he calls him, “the first or second generation of computer kids.”

But his experiences at Christmas gave him a new hope.

“For the last few years at Christmas time, probably 30 percent of the guitars I have sold were for kids 8 years and younger,” he says. “I have a new market coming in if I can just hang on long enough.”

A City Divided – A History of the Iron Bowl