In Alabama, many southern traditions are treasured and respected for their entertainment value and their reflection of southern culture. From the infamous Alabama football teams to Talladega speed races, Alabama events never lack in southern flair and excitement. An Alabama event that you don’t want to miss this year is the Birmingham Crawfish Boil. 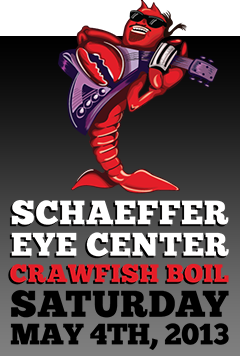 This tradition began nearly thirty years ago when Aaron and Phyllis Beam gathered their friends in their backyard and served them over 50 pounds of hot boiled crawfish. Now, the party has escalated, adopted a sponsor, Schaffer Eye Center, and a charity, Leukemia & Lymphoma Society. It’s truly a “party with a purpose.”

The festival has hosted many world-famous performers in the last decade such as Jason Mraz, Katy Perry, Cee Lo Green, Goo Goo Dolls, T-Pain and many more. This year the line up will include: Train, Flo Rida, Gary Allen, Robert Randolph and The Family Band and the Banditos.

The festival will be held on May 4th at Uptown at The BJCC. Tickets only cost $10. Head over to the official Crawfish Boil website for times, updates, giveaways and more.