Cross Country Ready to Roll at Conference
Prev Next
Search

All signs point to the delayed arrival of fall in central Alabama, and for the Samford men’s and women’s cross country teams that means one thing: championship season is here.

After logging hundreds of miles, enduring tedious workouts and persevering through the wear-and-tear of a long season, the time has finally come to reap the benefits of a training cycle that began nearly five months ago.

Scheduled for the morning of Oct. 31 on the Furman University Golf Course in Greenville, S.C., the 2015 Southern Conference Cross Country Championships represent the season’s pinnacle.

“It’s always our No. 1 focus,” first-year head coach Kevin Ondrasek said. “We’ll have a couple individuals who will progress past that, and we’ll train for that, but as a unit we’re trying to put it together at conference first.”

Both teams will face a talented field when they toe the starting line for the season-defining race, as the hometown Paladins enter the meet as two-time defending champions for both the men and women. 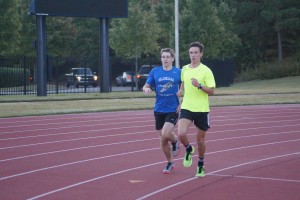 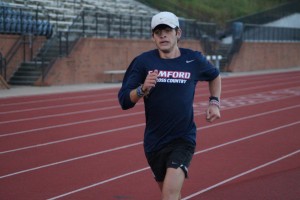 In fact, the Furman men enter the meet with a national ranking, earning recognition in the latest poll as the No. 10 team in the country.

But that doesn’t mean the Bulldogs will be running with decreased expectations, especially on the men’s side. After tying their highest finish position in program history by placing fourth at the 2014 conference meet, the Samford men are focused on reaching new heights.

“I think if we’re not on the podium we’ve failed, or I failed, either way,” Ondrasek said. “How far up on to the podium is up to them. I don’t think Furman is necessarily in reach, just being realistic, but I’ve seen some crazy things happen. Cross country’s a crazy sport, you never know.”

Severely affected by graduation and hampered by a mix of injury and illness, the Samford women will enter the conference meet with a slightly different approach. Though they’ll arrive in Greenville with an expectation of reaching the podium as a team, Ondrasek is placing an elevated importance on each runner’s individual performance. 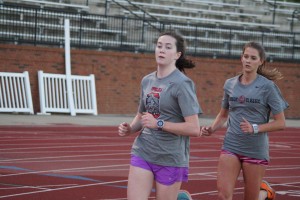 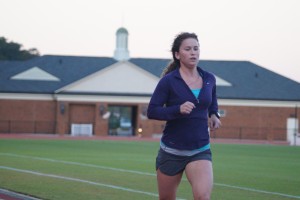 “They’re working on just finding some consistency, and just kind of celebrating improving as individuals,” Ondrasek said. “If we come out feeling good about what we’ve done as individuals, I’ll be happy with the team performance.”

The sophomore duo of Karisa Nelson and Emma Garner will set the pace for the Bulldog women, as each will look to improve upon their performances from a year ago. Both Nelson and Garner earned spots on the 2014 All-SoCon Freshman Team after placing 12th and 24th, respectively.

As the Samford men and women continue to make their final preparations for the championship meet, ensuring full health across the board, Ondrasek said he’s been pleased by each group’s collective improvement over the course of the season, fulfilling the vision established on day one.

“I mean we’ve had little hiccups here and there, but they’ve progressed along beautifully,” Ondrasek said. “They’re right where I hoped they would be.”

A Q + A with The Brook and The Bluff