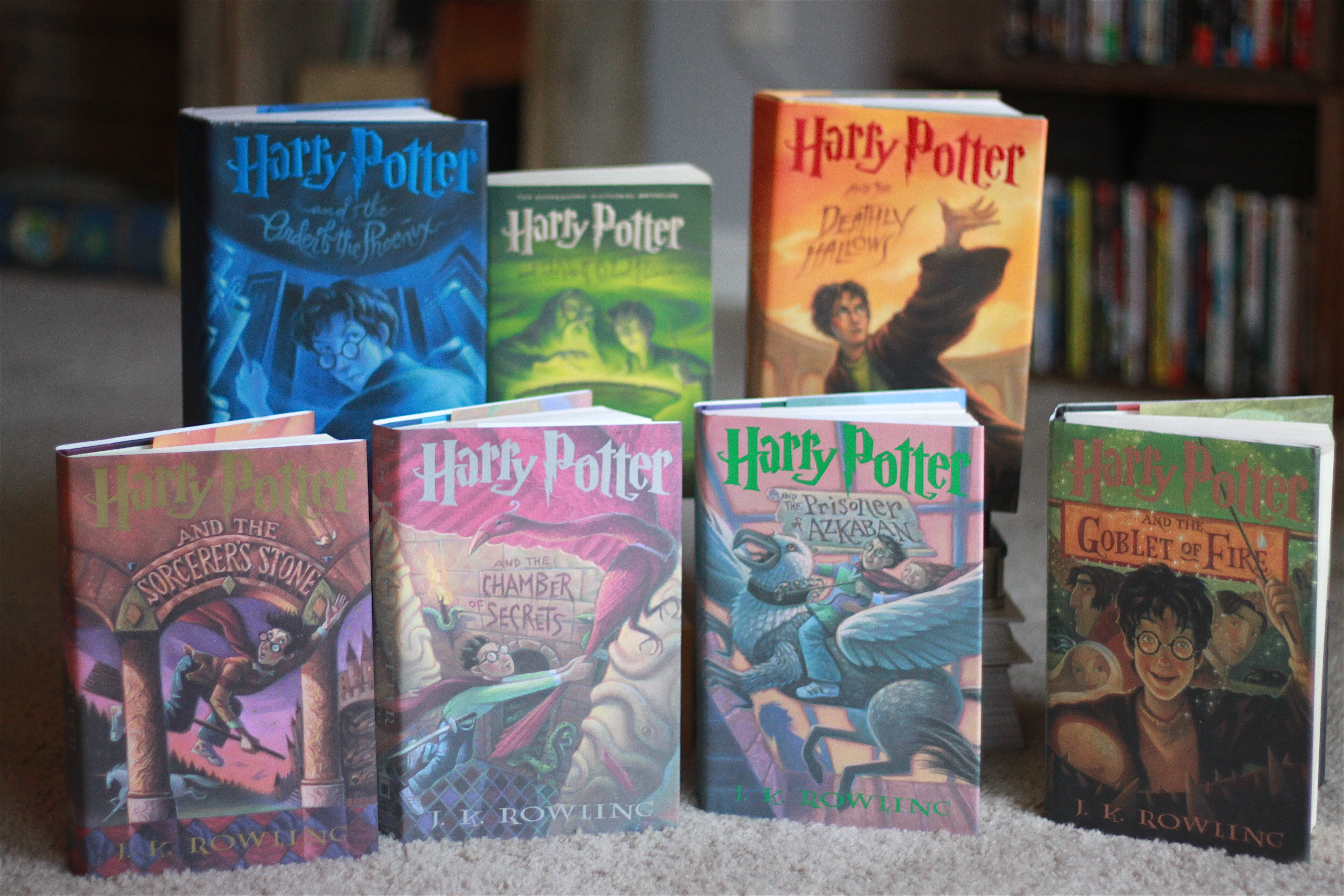 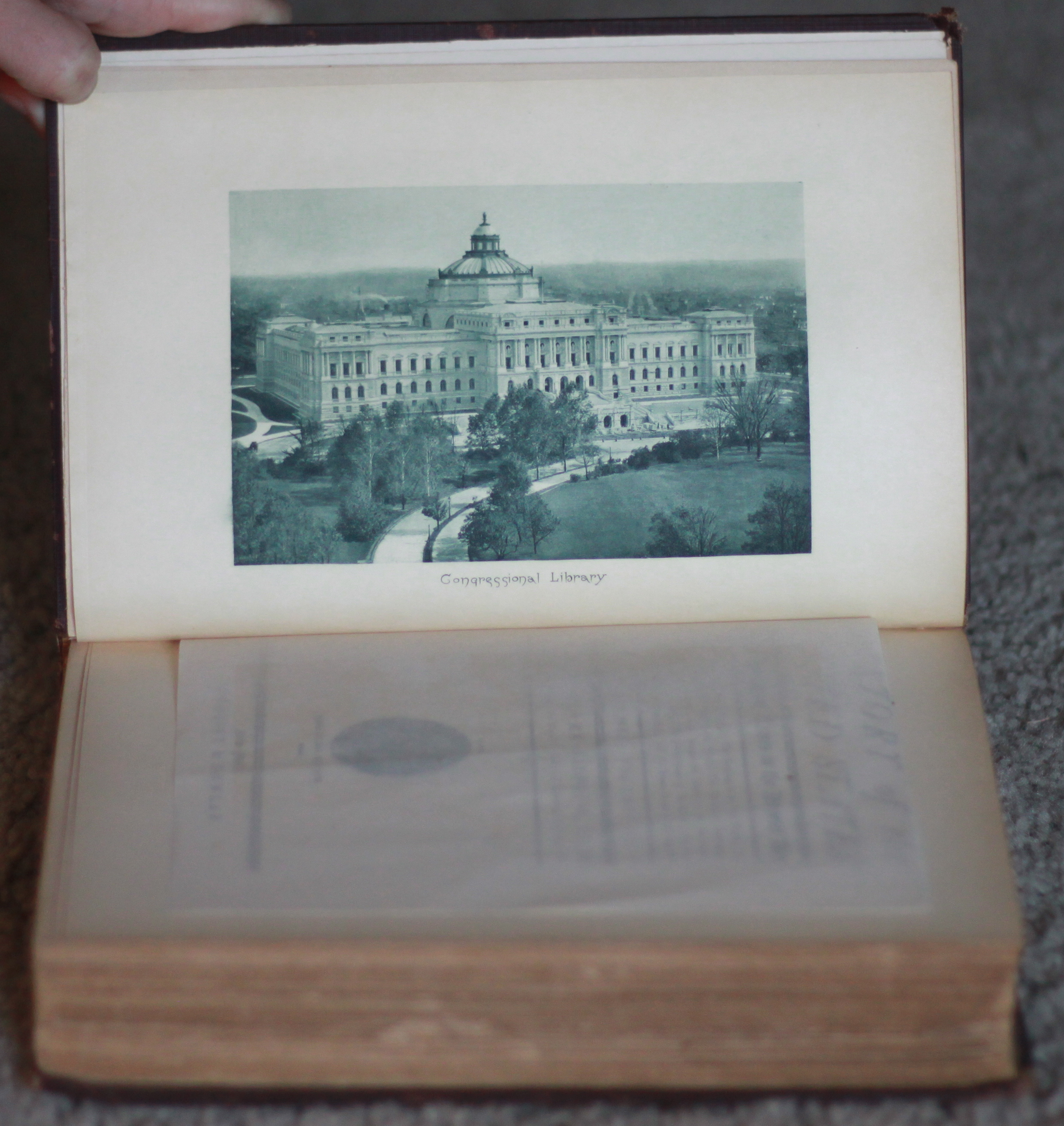 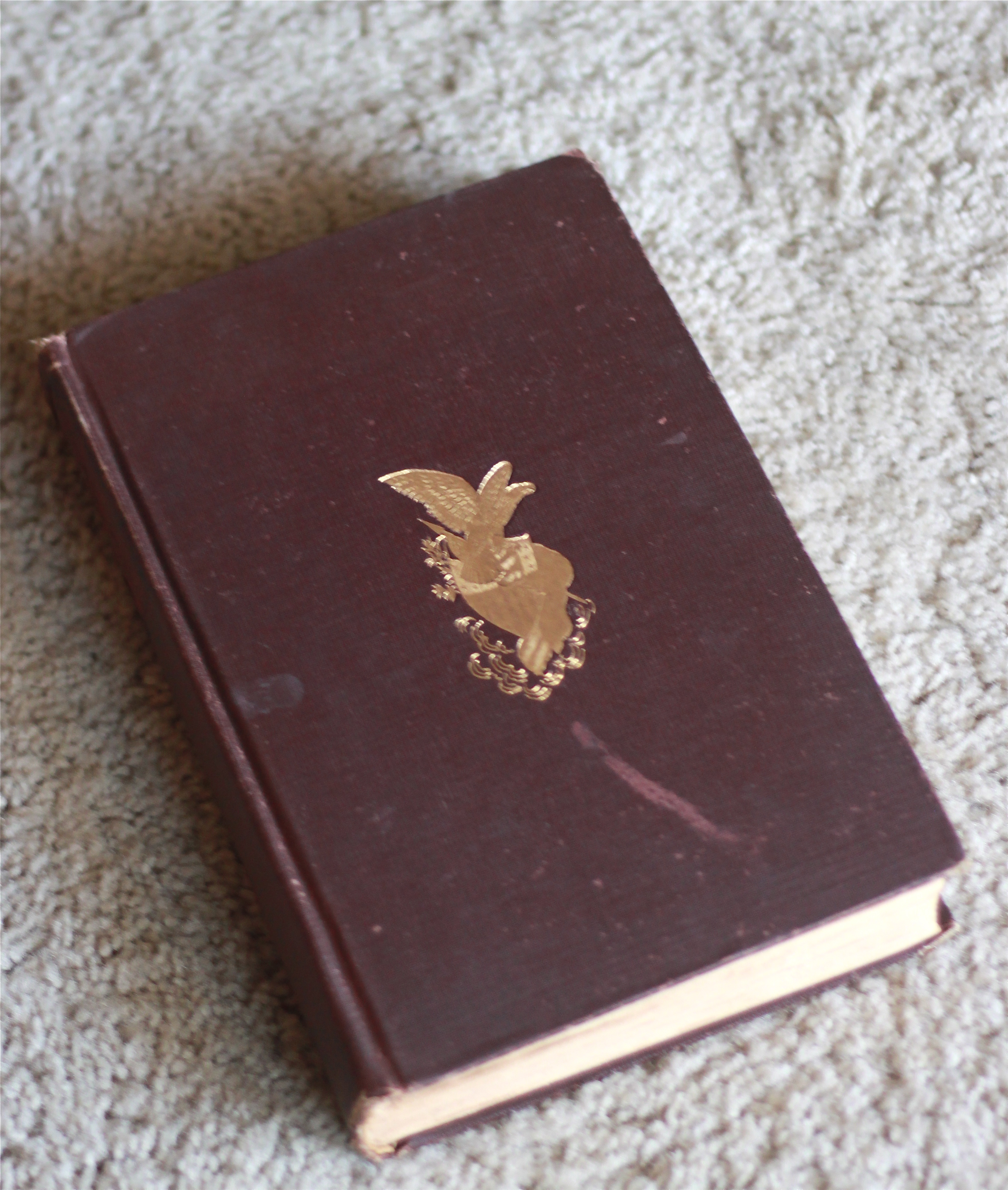 "History of the United States" cover 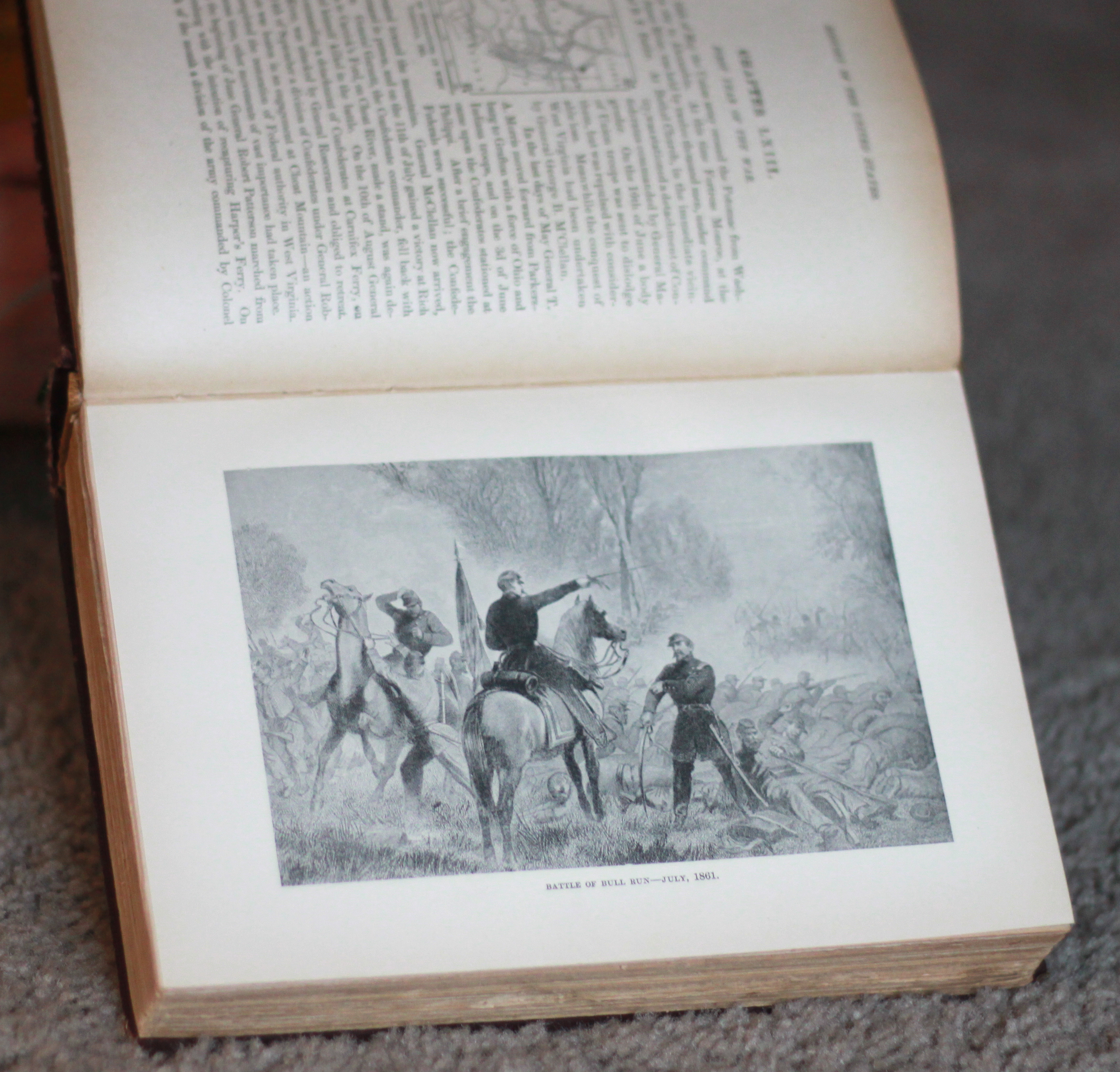 "The Battle of Bull Run" etching 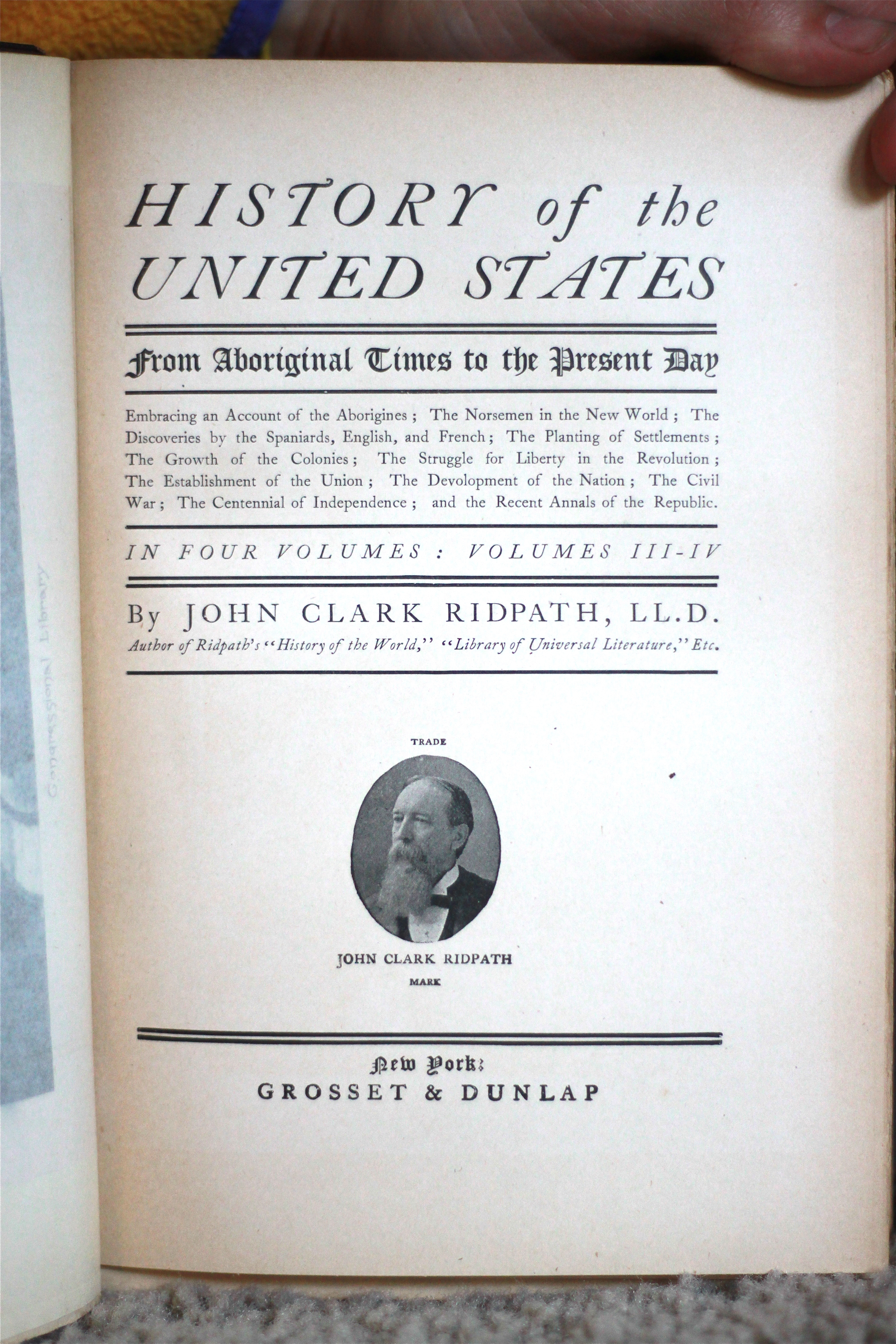 I woke up bright and early last Saturday like any good treasure hunter would. I was up at 8 a.m. and out the door fifteen minutes later waiting in the cold rain for the start of an estate sale at 8:35 a.m. I ventured to three different sales that morning, walked through puddles, dodged cars, was nearly skewered by an elderly woman’s umbrella and narrowly escaped the inevitable estate sale stampede.

I regret to inform I didn’t find much that day, however one purchase I was able to make happened to produced some fine literature.

“All hardback books $2,” read the sign taped to the floor-to-ceiling bookcase that ran the length of the living room wall – thousands of books to choose from at only two dollars a pop. So I scoured the shelves – a Charles Dickens collection, a leather-bound encyclopedia from the 1800s, arithmetic school books from the 1950s, world travel books, modern history books and more. 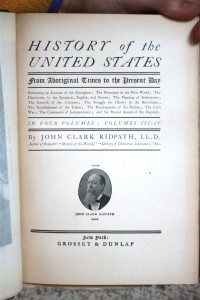 I generally don’t purchase books since they don’t last the test of time well and were mostly mass-produced, decreasing their value. However, I found two items that I had to have.

First I found “History of the United States: from Aboriginal Times to the Present Day” written by John Clark Ridpath, LL.D. and published in 1901. The book caught my attention for a few reasons: one, the front ofthe cloth board cover is stamped with a beautiful golden gilt; two, the edges of the pages are rough and uneven, a feature I find appealing due to the antiquity of it; and lastly, the pages are adorned with handsome etchings of historical figures, buildings, maps and battle scenes.

The book I purchased for $2 has scuffs on the cover, significant wear and tear on the edges and corners of the cover and minimal remnants of the label on the spine. It contains two volumes of a four-volume set. The same book in much better condition and paired with the second book of the set is listed on eBay with a Buy It Now price of $75 or Best Offer. The history of the listing shows two standing offers. 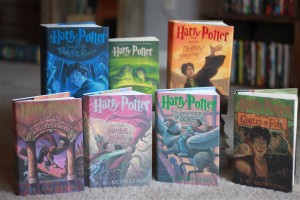 And second, I found the entire Harry Potter book series. All but one of the seven books is hardback and in like-new condition. I have seen each of the wildly popular Harry Potter films, many times I might add. But much to the dismay of all Potterheads I have encountered, I have never read the books. Now thanks to my $12 investment (they gave me the paperback for free) I can delve into the magical world of Harry Potter, whenever I find the time to read all seven books.

Estimated value: personal enjoyment and a tie to the past. Also, that history book will look really nice with my hodge podge of other vintage and antique items.

Do it yourself: make a tile picture frame