Ronnie Gilley of Enterprise, Ala., has worn many hats over the years−contractor, manager, real-estate developer and even country-music singer. Perhaps the most important one he has worn has been his role of father to his 22 year-old-son Dexter.

“My dad is my best friend,” Dexter said. “He is also the only person I trust.”

From laying brick to reading blue-prints to sitting in the front row watching his dad perform, Dexter can always be found at his father’s side, supporting him in each of his endeavors. 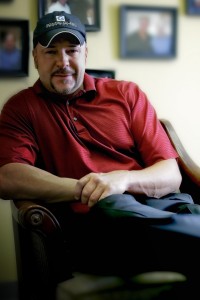 “I admire his will to win, his drive and his work ethic,” Dexter said.

Dexter recalls many fond memories with his dad, his favorite occurring when he was just five years old.

“I was five or six and he was building his first spec house,” Dexter recalls. “It was a Saturday and we had come to clean up the job site.”

Dexter said that not long after he and his dad began picking up, a family drove up to the house, inquiring whether or not the home was for sale. Less than 30 minutes later, the house was sold. As the family drove away Ronnie turned to Dexter and told him something that resonated deeply with him.

“He said that’s what hard work will get you.”

Ronnie Gilley hoped hard work would pay off yet again in 2009 when he took on another business venture—an $87 million casino and country music facility outside of Houston County Alabama. The entertainment complex, dubbed “Country Crossing,” featured a 10 thousand-seat amphitheater, a RV park, three restaurants, a western-style saloon, and a bed and breakfast named for Country Crossing investor and country music legend George Jones. Alongside these entertainment venues Country Crossing featured an electronic bingo parlor. Dexter was proud of his dad and excited to see the impact that Country Crossing would make, however, the 1,700 machine bingo hall launched a whirlwind of debate and controversy.

Electronic bingo casinos had operated in Alabama for several years until Governor Bob Riley labeled them illegal and organized multiple task forces to raid and close down electronic bingo establishments like Country Crossing.

Following the development of Country Crossing, Ronnie Gilley and other casino developers like him became vocal opponents of Gov. Riley’s anti-gambling legislation. These bingo supporters advocated for revision to Alabama law supporting Senate Bill 380, a bill that would legalize electronic bingo in Alabama. The bill was passed in the Alabama Senate in March 2009 but died in the House. Soon after, federal officials began an investigation into what they deemed a “corruption scheme” among those in support of the bill.

On October 4, 2010 two casino owners, four state senators and several lobbyists were indicted on federal charges accusing them of vote buying in an effort to legalize electronic bingo in the state of Alabama.

Included in the indictment were Ronnie Gilley, VictoryLand casino owner Milton McGregor, as well as Alabama senators Harri Anne Smith, James Prueitt, Larry Means and Quinton Ross Jr. The six arrests made local, state, and national headlines, yet a large part of their impact was not seen plastered across the front pages of Alabama newspapers, scrolling across the screens of news stations, or filling up the twitter feeds.

Ronnie Gilley’s arrest on October 4, 2010 forever impacted his relationship with his family, particularly his son.

On April 22, 2011 Gilley pleaded guilty to 11 counts of conspiracy, money laundering and bribery involving a program that uses federal funds. He spent more than three months in jail pending his April trial date.

“I was very depressed while my dad was in jail,” Dexter said.  “There’s a lot that goes through your mind when someone you love is there. It was the most depressing time of my life.” 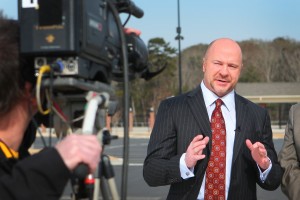 On Monday April 25, a judge ruled that Gilley could be released from jail, allowing him Gilley to spend his remaining months with his family before he is required to report to federal prison to serve his sentence, which could exceed 20 years.

As for the others indicted, after six days of deliberations the jury failed to reach “unanimous decisions” and the cases against the remaining defendants were declared a mistrial. A retrial began in late February and Gilley’s plea bargain required that he testify against the six remaining defendants. Though they were not on the witness stand with him, the trial profoundly affected Gilley’s family.

“The trial has made everybody be a family,” says Dexter. “We learned that you can’t take a family member for granted because they may not always be there.”

Though Ronnie Gilley’s future remains uncertain, Dexter is proud of the changes his dad has made in this life and appreciates the ways that the trial has brought his family closer together.

“Since jail I have seen numerous changes in my dad, but the one that brought on all the others and that deserves the credit is that he truly found God.”

Dexter too has learned a lot from his father’s involvement in the bingo trail.

“I have learned no matter how bad things seem to always keep fighting and don’t worry about things you can’t control.”