For a short window, Birmingham had the oldest and newest professional baseball parks in America.

When you think about that, it’s pretty extraordinary.

But Rickwood Field, the old home of the Barons, has survived for over a century and is still in use today.

From the outside, the ancient glass windows and concrete pillars makes Rickwood look worn out, like a rickety staircase.

But set foot inside, and it’s a sight that will take your breath away – especially those who appreciate the history of baseball. The park incorporates both new and historic features that make anyone feel like they’re stepping back in time as they walk through the gates. The gazebo-style pressbox, the freshly cut infield grass and dirt, the vintage signs in the outfield and the wooden benches in the dugouts display Rickwood’s contrast of old and new.

Although the playing surface itself has been altered and well maintained over the years, the outer structure has remained the same.

While Rickwood may not be hosting baseball games every day anymore, it is still an important historical feature of the city, and one that is being used in new and different ways.

Construction of Rickwood Field broke ground in the spring of 1910. The very first game was played later that same year. Birmingham Barons owner Rick Woodard built this park that served as the home field for two teams: The Barons and the Birmingham Black Barons of the Negro Leagues. Both organizations competed at Rickwood for several decades.

The crowds filling Rickwood’s stands experienced the wonder, the romance and the magic of baseball – just the way it was meant to be.

“There’s something romantic about the game of baseball that made America fall in love with it,” said David Brewer, executive director of the Friends at Rickwood.

The love of baseball was shared no matter what your skin color is. Going to the ballpark for a minor league game was a big deal back then.”

A photo of a Barons game taken in 1948 shows no empty seats in the house. In the photo, fans can be seen dressed in business attire while attending games. The community felt strongly about coming to support their teams.

Although the Barons moved their home games to Hoover and later to Regions Field downtown, Rickwood Field has been preserved. The park was saved because some local baseball fans joined in 1992 to become “The Friends at Rickwood.” Since then, the Friends have taken excellent care of the facility and are restoring it to its former glory.

“The move for the Barons downtown has reenergized the city,” Brewer said. “Regions Field is in a good location – but it’s all good for us, here at Rickwood. Geographically, it’s not too far away. You can see the Barons current park and their old park, which has value for us and for the city of Birmingham. Regions Field has filled that role of a catalyst for re-development in the downtown area.” 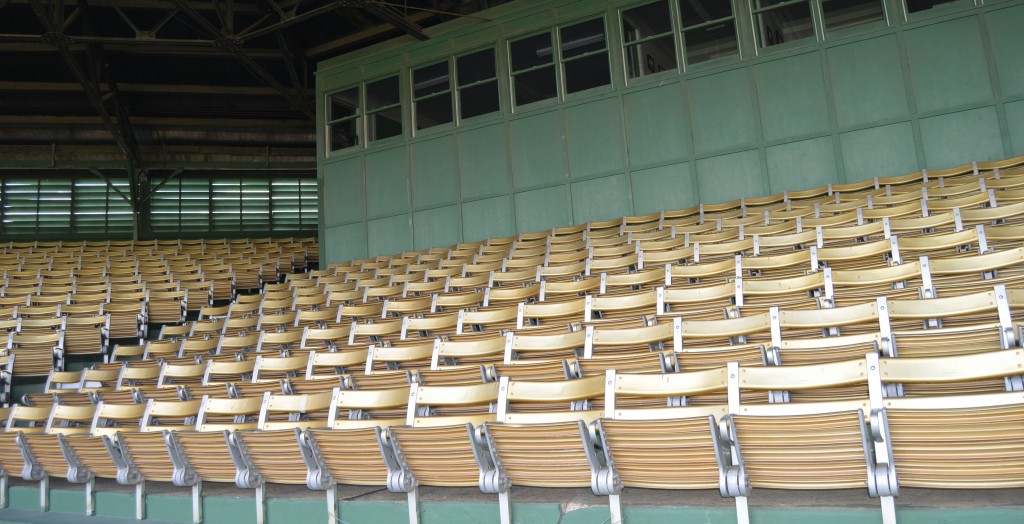 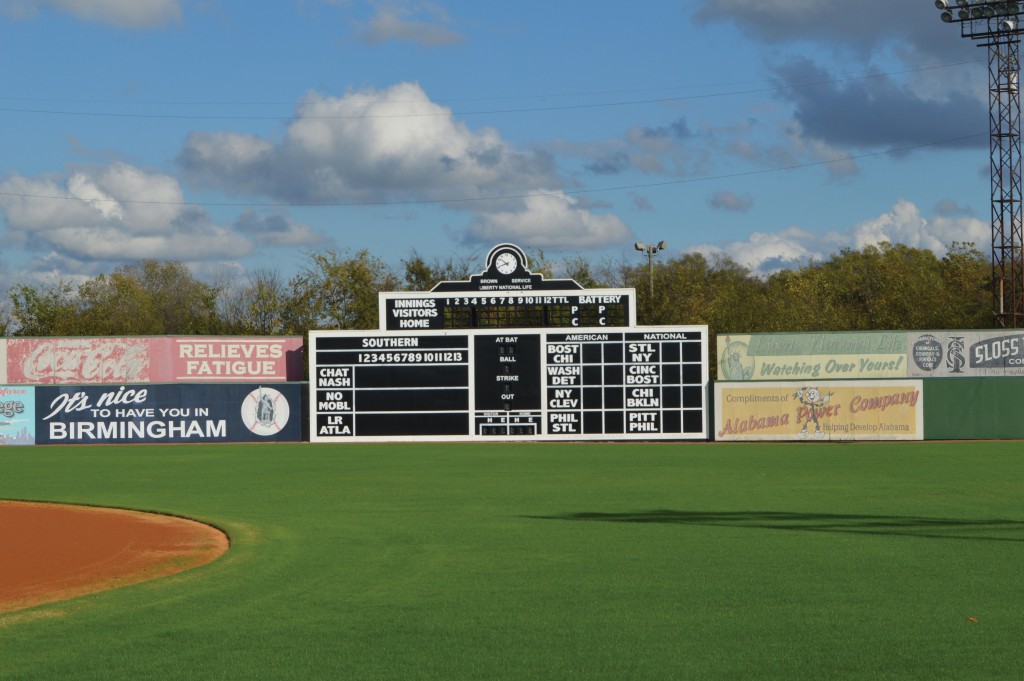 A Scene from History

Rickwood Field is more than just a historic baseball park where over 100 Hall of Famers once played.

It played a key role as a community and cultural center during Birmingham’s Civil Rights Movement in the 1960s.

“You cheered for your heroes whether you were Caucasian or African American,” Brewer said. “This place served as a civic identity and was about community pride.”

From a cultural standpoint, it represented more than tracking who hit the most homeruns. The field represented blacks and whites coming together to support minor league baseball, which was finally integrated in 1964.

From 1947-1963, there were separate segregated teams in Birmingham. The facility was segregated then too, with white and black fans sitting in different sets of bleachers.

These days, the park hosts almost 200 baseball games each year, including the annual Rickwood Classic, which features the Barons playing a visiting team on their old home turf.

Birmingham-area high schools, Miles College, wooden-bat tournaments and other organizations are still able to play on hallowed ground. In May 2012, scenes from the movie 42 were filmed at Rickwood Field.

Today, Rickwood Field also hosts current events, such as youth baseball camps and a weekly summer men’s league. Visitors are able to walk in and explore the grandstands or run the bases. People can reserve the field for photo shoots, weddings, family reunions and corporate events.

Rickwood Field, with all of its rich history, is still in excellent condition and is occupied quite frequently today.

Old and magnificent: The Alabama Theatre