Interview with an Adventurous Storyteller Harrison Tarabella
Prev Next
Search

Harrison Tarabella is a talented visual artist who got his initial training from professional National Geographic photographer. I sat down with Harrison to talk about where his passion comes from, his favorite experiences thus far and what’s next for him.

Patrick: What first inspired your passion for photography?

Harrison: I grew up around photography my entire life. My father has been taking pictures as long as I can remember and as soon as I could be trusted with one, he would let me borrow his camera and take pictures on family vacations. Even so, I had no serious interest in photography until I was 15. Around that time, my mom was literally forcing me to enter contests on the off chance that maybe I’d win one and end up looking good on a college resume. We found a contest by National Geographic, and after writing a 500 word essay about how water affected my hometown ecosystem (I grew up on the beach so this was pretty easy), I somehow, by the grace of God, won the contest. As a prize, I got a Nikon d3100 DSLR and a trip to the Cayman Islands for a week where I was trained by Nat Geo photographers Dan Westergren and Boyd Matson on photography and visual storytelling.

Honestly, I didn’t really retain any of that information. I tell people that story and they immediately say, “Oh so that’s why you can take good photos.” As if that explains all of it. In truth, I was still awful at photography (by any and all standards) for about 2 years after that. What did happen though is that I developed an interest in cameras and photography, and the way my personality works, once I’m interested in something, I’m going to try and go all in and learn as much as I can.
Eventually I got to a point where my photography was “passable” and I started to get into video. Funny enough, my first video ever was a music video I shot for my high school band (I was the bassist and keyboard player). I can’t find the video (trust me I’ve tried) but it was SO bad. I didn’t even know that my camera could shoot video at the time and after I figured out how to do simple edits on my family computer with iMovie, I decided that I liked the whole “video” thing.
From there, I think the single best thing I did to enhance my photo and video skills was to work for two summers at a camp in Mississippi. I served as the videographer, and I was responsible for the creation of a new 7 min long video every few days. Over two summers, I produced roughly 50-60 individual videos for this camp. I don’t care who you are, but if you’re making that much content, it will force you to get creative and become better at what you do. I think the most useful skill I was able to acquire was the ability to quickly edit and turn around projects due to the insane time constraints of the camp environment. That became the foundation of my new skillset that I was able to then build everything else off of.
P: What has been your favorite opportunity/experience you’ve gotten because of your talent?

H: I have a few favorite experiences, and I don’t know if I can pick out a singular favorite. Instead I’ll try to give you 3 or 4 in no particular order that stand out.

A giant highlight was getting hired by David Platt’s organization, Radical, to go shoot in the Middle East. Along with one other videographer, I traveled to Iraq and Turkey for two weeks, interviewing refugees from Iran that had to flee their home country because they had converted from Isalm to Christianity. Getting to do something like that at only 20 years old was humbling and it almost felt like I was able to test drive my dream job in advance. I accidentally crossed to border of Iraq and Iran on foot (only for 5 mins), got to climb on one of Saddam Housains old tanks, and just explore the Iraqi and Turkish cultures. It was an amazing experience and my first time really getting to experience other cultures.
Road trips have become one of my all-time favorite activities, and luckily, due to what I do, I’m often able to actually make money off my trips. I often get hired for jobs directly because of the pictures I take and videos I make from my travels, so the more I see the more I get to see. Still to this day, my favorite trip has been from this past summer (summer 2017). Some of my close friends (and two people I’d actually never met before in my life) got into a car in Nashville and went all the way to Banff, Canada. I think the total milage of the trip was close to 1/10th of the Earth’s circumference, which is insane. Getting into a car with five other people for that long forces you all to bond, and within a day we felt as close as brothers and sisters. We went to Wyoming and spent a night taking pictures of the starry sky (my favorite subject to photograph) then the next day riding horses and jumping of cliffs into a lake (not at the same time). After that, we headed to Montana, where we stayed at Glacier National Park and I was caught off guard at the sheer beauty that Montana had to offer. Ending the trip in Banff, I decided then and there that I would one day I would live in Canada for at least a summer. Then we drove 36 straight hours home.
The most recent one was a moment from a trip to Guatemala and Belize I took back in January.
We were able to stay in this crazy cliffside mansion off of Lake Atitlan in Guatemala completely for free. We had reached out in advance to see if the owners of the house would want pictures or video of their unsold property and they said yes, so in return we got three days at the house for free. There was one moment where everything in the world was perfect: I was drinking coffee, editing video next to a giant glass window, my cameras set up shooting time-lapse footage of the active volcanos at sunset, and one of my friends was down in a kayak in this massive lake. As cliche as it sounds, moments like that one are when I truly feel at peace and alive. That’s the happiest I’ve been in a good while.
As a perfect example of my “fun” trips leading to business, I was just contacted by a resort in Belize. After seeing my video I created while in the country, they are hiring me to come back in April of 2018 to stay at their resort and film for them for a week.
On one trip, we found a lake in the middle of nowhere. The lake was far out enough from any civilization that at night you could easily see the Milky Way and millions of other stars with no effort. Me and the other guys went swimming in the lake that night, and we just floated there, talking about life for two hours. The lake was so still and the stars were so bright that looking around, you couldn’t tell where the sky stopped and the lake began. It felt like I was floating in space with the stars, and that’s one of my favorite experiences ever.
P: What is your favorite picture you’ve ever taken and why?
H:  Like I said before, it’s very hard to pick out a favorite picture ever. For me, I can look at any picture I’ve ever taken and instantly remember what I was thinking, feeling and doing when I pressed the shutter button, and that’s how I judge them. So I’ll give you a top five or so from the past year. 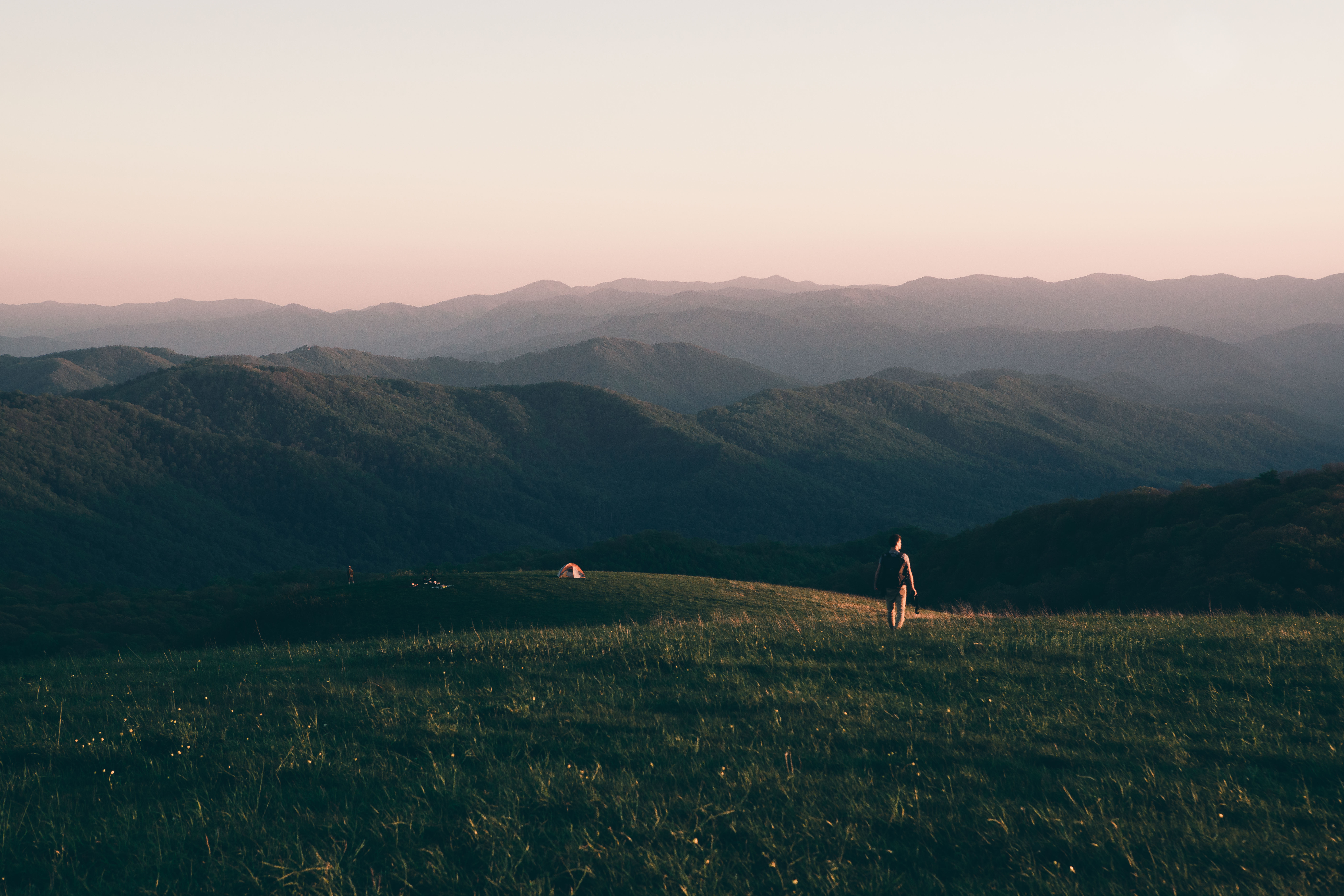 Another of Harrison's nature pictures, with the mountains and the pink sky way off and a camping site closer to frame. 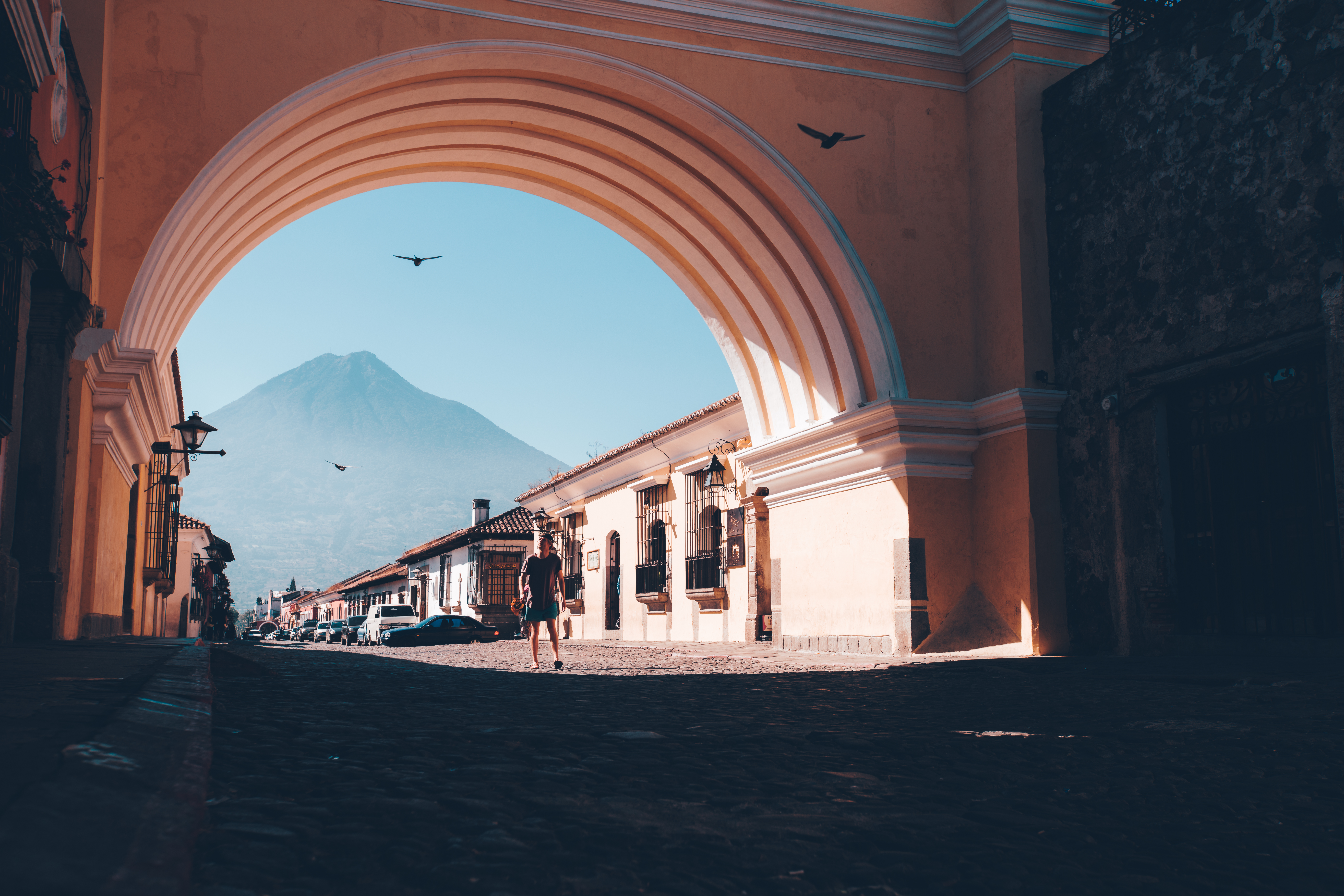 A vibrant cityscape dwarfed by an active volcano beyond the city limits. 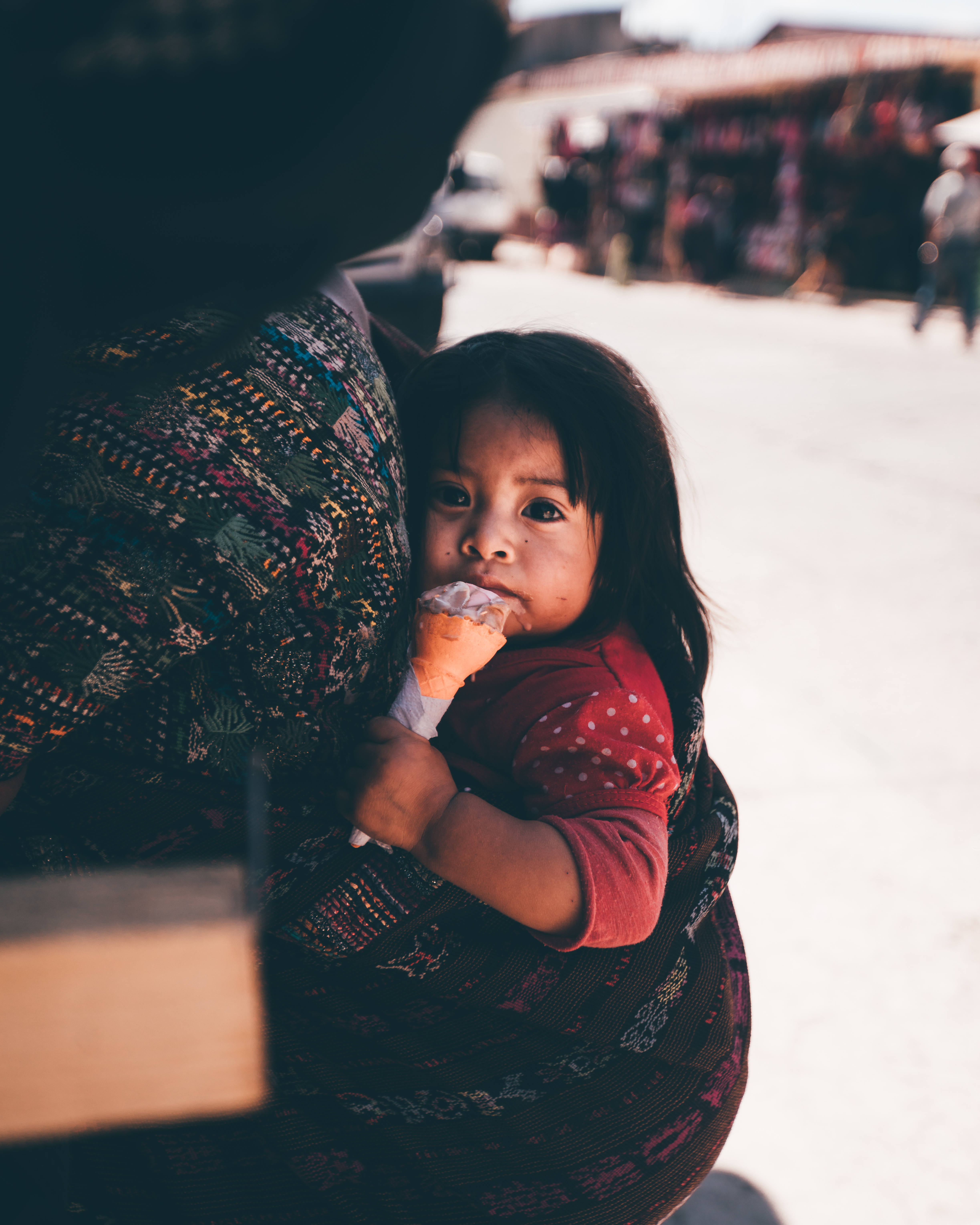 Another of Harrison's hobbies is street photography. This is one such photo from his Iraq trip with Radical. 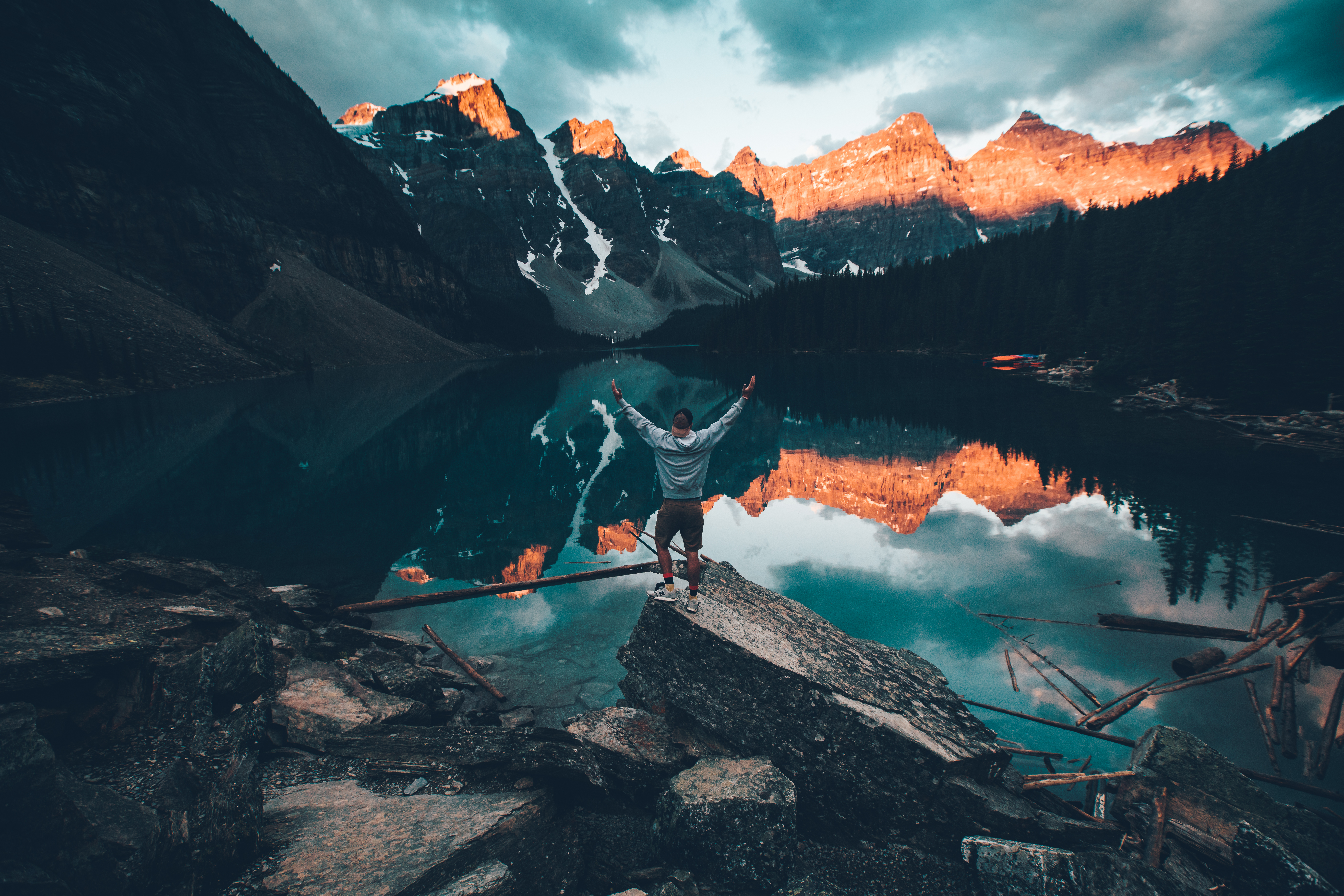 Another beautiful mountain range captured during yet another road trip. 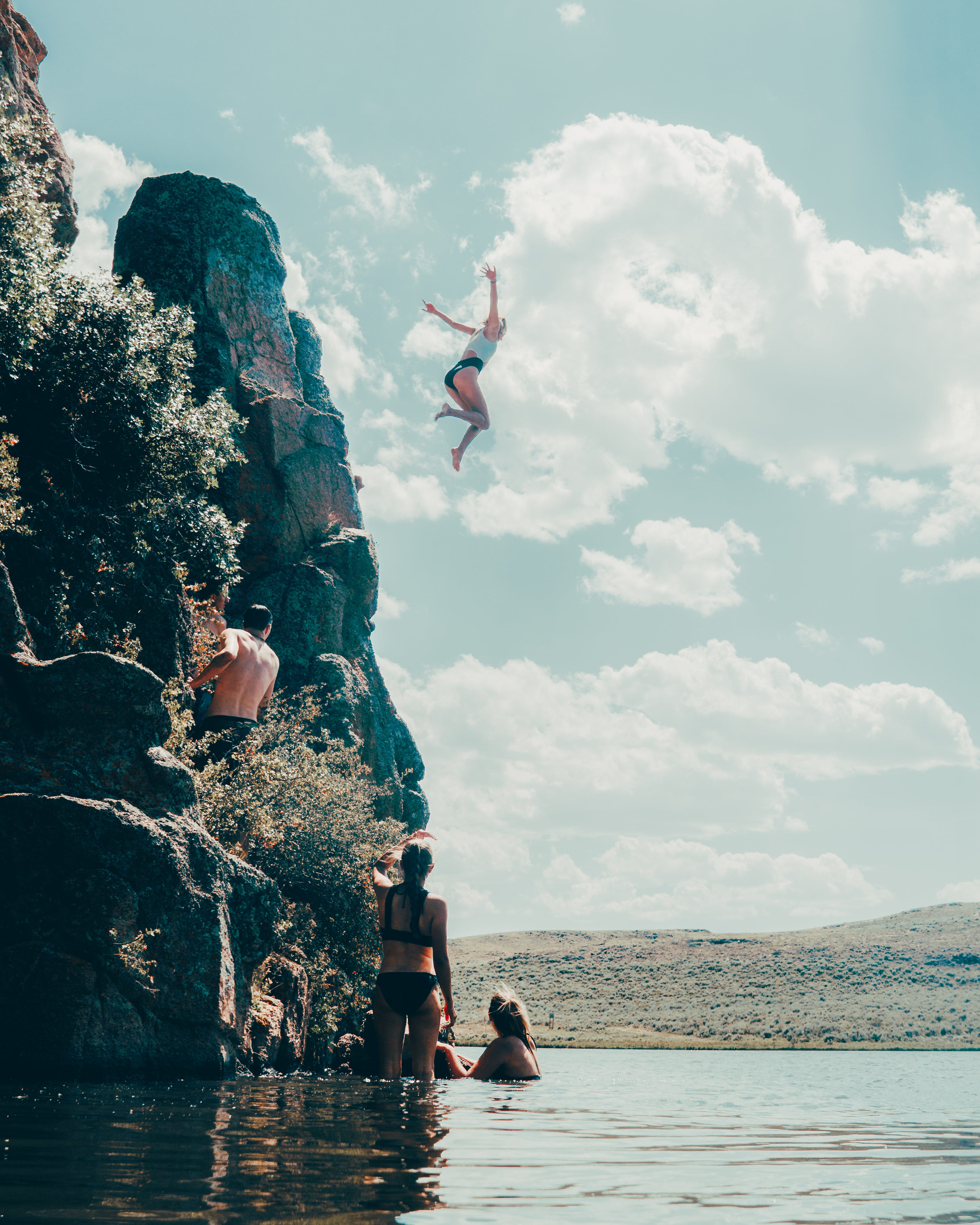 Harrison was not kidding about the cliff jumping. 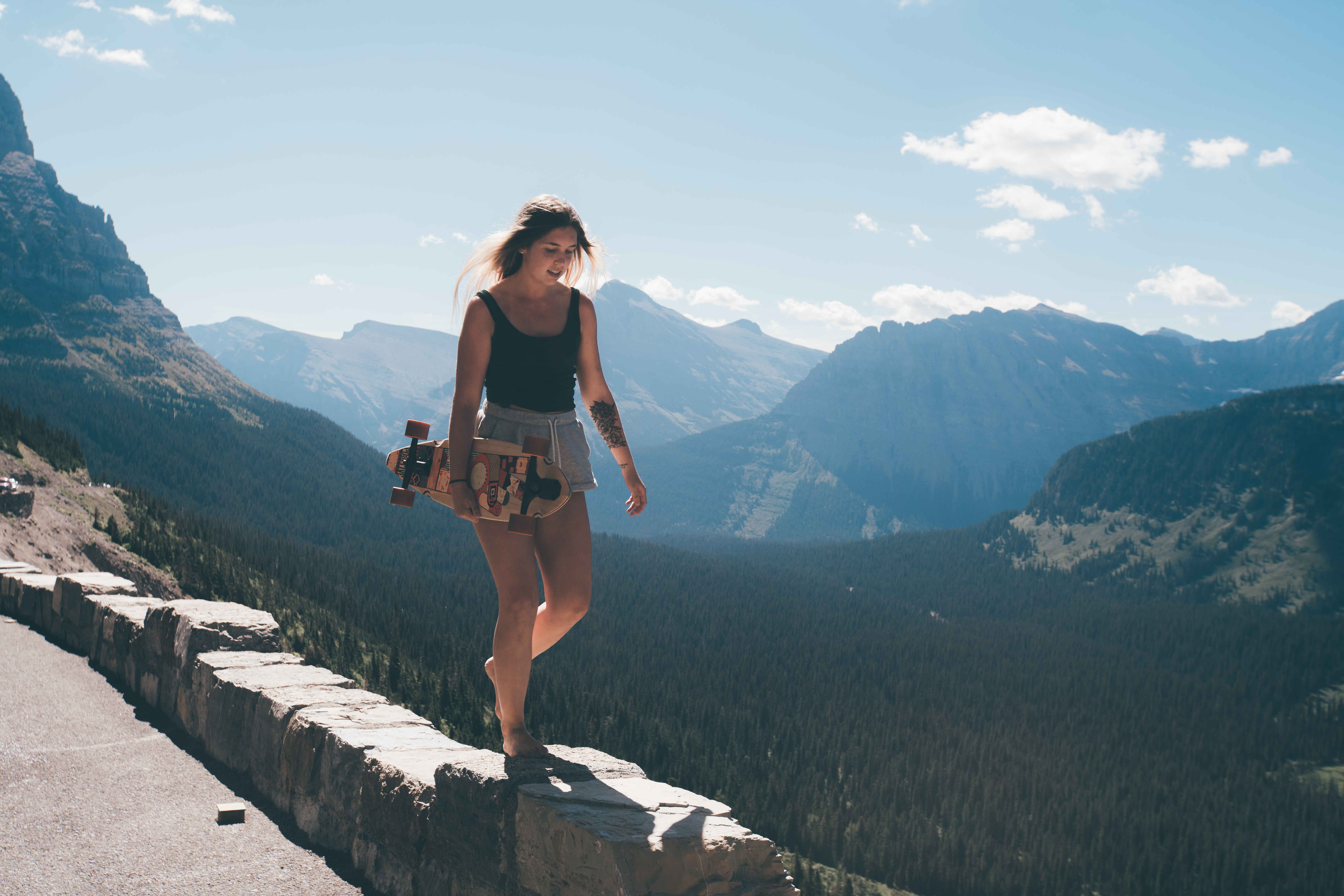 During a stop on one his more recent road trips, Harrison captured this photo of one of his friends and the mountains off in the distance. 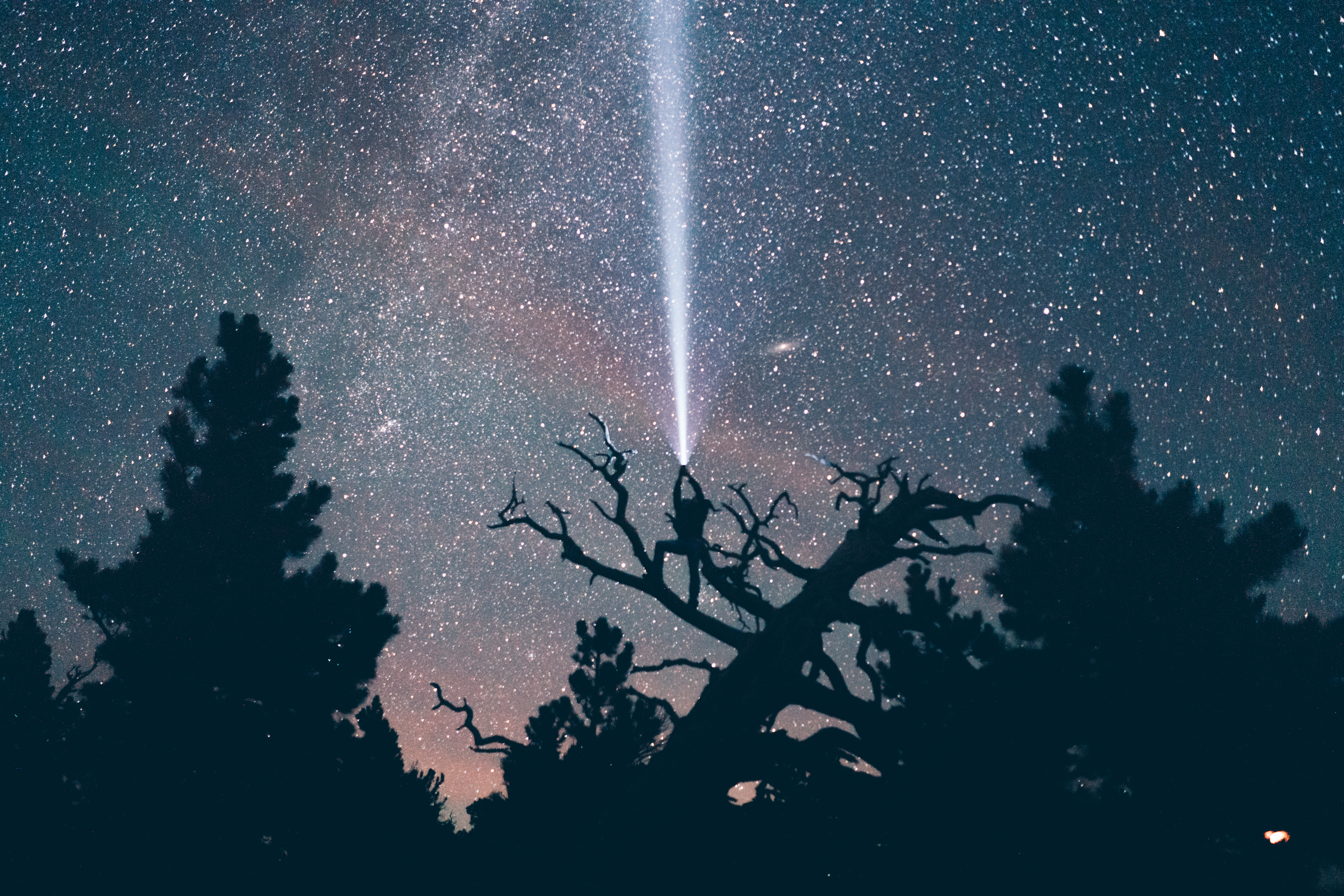 Harrison's favorite type of photography is called astrophotography, or the photography of celestial bodies. This require an immense amount of patience to capture one image, but the results, if done right, are always worth it.
P: What are you future professional goals?
H: I’m not sure. I’d love to eventually work for Nat Geo or something like that. I completely support myself off of my work right now which is a giant blessing. To be honest, the biggest thing holding me back right now is school. Once I graduate I’m just going to pour everything I can into my freelance work for a few years and see where that takes me. It’s a blessing that I’m able to do that, especially as I sometimes feel like I just figure it out on the fly. I think some people look at me and think I’ve got everything put together, but in reality I often have absolutely no idea what I’m doing. I’m just a crazy guy with a camera and for some reason people like to hire me.
P: What tips would you give to someone who is just starting out taking pictures?

H: The biggest piece of advice I can give into just keep shooting. Obviously your photos aren’t going to be amazing immediately. That’s like going to the gym one time and expecting to come back with a six pack and being able to squat like 405 pounds after the first time. It’s a skill just as much as it is a talent. You can’t rely on talent alone. You’ve got to put in the work.

Also, learn both parts of the art. I’ve known plenty of people who are naturally “artsy” and have a good eye for photography but refuse to learn the technical side of photography. In reality, they can’t take anything more than the “artsy instagram” shot. At the same time, there are people who know “everything” technical about photography and will lecture you for hours about how the sensor in their camera better absorbs light due to the photodiodes being bigger and this somehow means they can obviously take better photos than you. When it actually comes down to it, all that technical knowledge will hinder them from actually being creative. Learn to balance the art and the science of photography and I think you can really stand out and progress.
Lastly, just take photos and videos of things that interest you. I hate seeing everyone take the exact same types of pictures because they see that’s what gets likes on social media. That’s not you being the best you, that’s you trying to be a knockoff of someone else and it’s never going to be as rewarding as doing what you really are interested in.
If you want to see more of Harrison’s work, you can check out his Instagram, his YouTube channel, and find him online at harrisontarabella.com.
AdventureAlabamaalabama photographersartsBirminghamentertainmentHarrison Tarabellaharrisontarabella.comInstagramNational GeographicNikonPhotographySamfordSamford UniversitytravelTravel photographyVideographyVisual ArtYoutube

Understanding the Myers-Briggs Type Indicator (Part 2/4): The Dichotomy of Learning