Iron City Birmingham: A place of many talents
Prev Next
Search 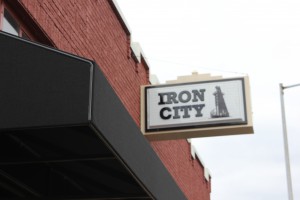 Legends are born, not made.

At least that was the case until Iron City Birmingham opened its doors this past March.

The venue, which has a 1,300 person standing capacity, is located in the heart of downtown Birmingham. 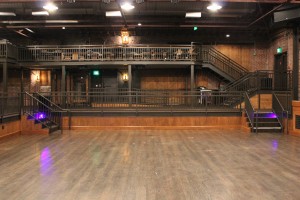 The standing-floor of Iron City Birmingham is right in front of the stage and is surrounded by lofted seating.

“It’s a big enough facility that it’s still intimate for the crowds and for the artist. We wanted a platform that we could get legends on but not have the arena-sized crowds around them — to give back the very personal nature of music to the artist and to the customer,” Creager said.

Perhaps it’s that unique feel that has been drawing big names like Passion Pit, Ben Rector, Edward Sharpe and the Magnetic Zeros to the Iron City Stage.

“There really is something for everybody,” said Kendall McPheeters, who recently attended a Passion Pit concert at Iron City. “I really enjoyed being so close to the band, but thought it was so cool how the different levels offered at Iron City catered to each individual’s needs.”

That’s exactly what Iron City planned. The main venue space where the central stage is located features three different levels: a dropped floor below the stage creates a more intimate space for the most dedicated fans, the main floor features the bar and a loft space surrounding the stage with several sets of tables and chairs allows for patrons to watch the concert from a more relaxed vantage point.

But Iron City isn’t just a well thought out concert venue — it’s so much more. The space is also available to rent out for private parties and it features two smaller stages for smaller-scale events.

Yet maybe the thing that sets Iron City apart from its local competitors is the fact that it’s not just a concert venue or place to hold an event—Iron City also boasts a full-service restaurant.

“You can come up here and have a dinner that’s not like bad bar food,” said Creager. 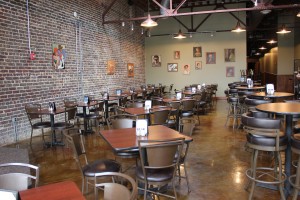 Iron City Grill is a top-notch restaurant  just steps away from the concert hall.

Iron City Grill features a full service menu that is competitive in price and flavor to Birmingham’s Southside area. Open Monday-Friday for lunch and dinner and Saturday for dinner, the grill is the perfect place to grab a bite to eat before a show.

With all that it offers, what’s next for Iron City? “More, More, More,” Creager said.

For an up-to-date calendar and grill menu, be sure to visit www.ironcitybham.com.

The Dalai Lama Comes to Birmingham