Look inside a new creamery in Birmingham
Prev Next
Search

Opening an ice cream shop wasn’t in Ryan and Geri-Martha O’Hara’s immediate plans. But a year and a half ago, those plans changed.

The O’Hara’s always had a passion for food, especially ice cream. Both had worked as professional chefs for eight years; in fact, the couple met while working together at Bottega Café, a local Italian restaurant.

Opening a creamery was a dream of theirs, but a dream they thought they might pursue a few years down the road. But after just three months of marriage, the O’Hara’s realized they had nothing to lose and decided to dive head first into their dream of opening a creamery, and Big Spoon Creamery was born.

“It was difficult at first,” Ryan said. “We knew what we wanted to do and how we wanted to do it, but it was kind of a ‘Well how do we do this with no resources’ situation.”

In July 2014, they opened a pop-up shop, a temporary stand, in their driveway in Hoover, and the reaction it got was unexpected at the least.

Southern Living wrote a blog post about the couple’s ice cream, and from that day they never looked back. 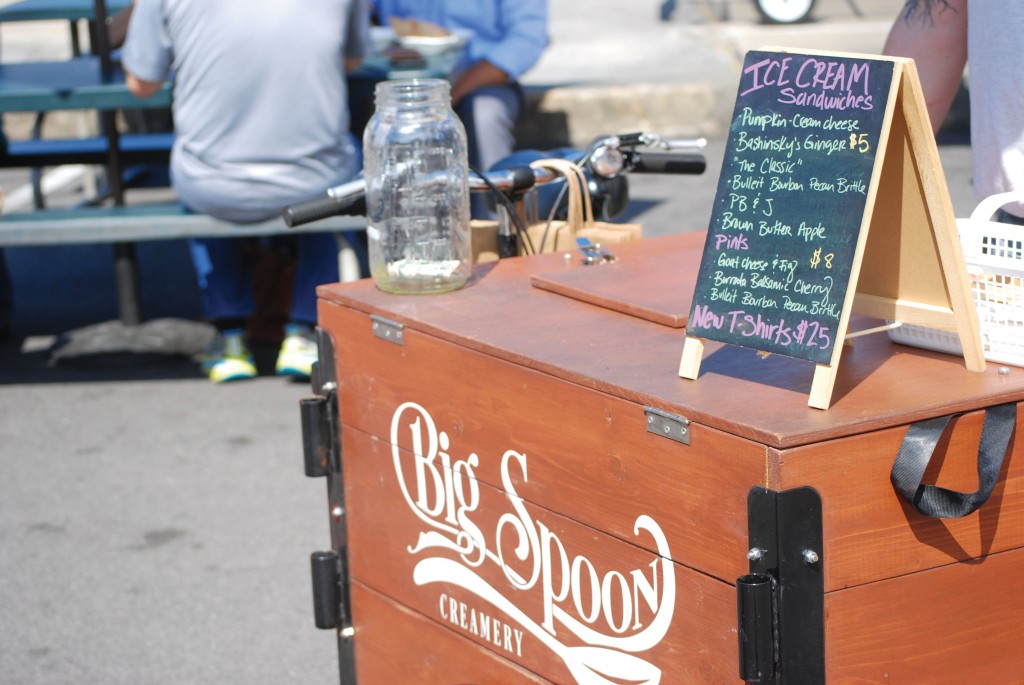 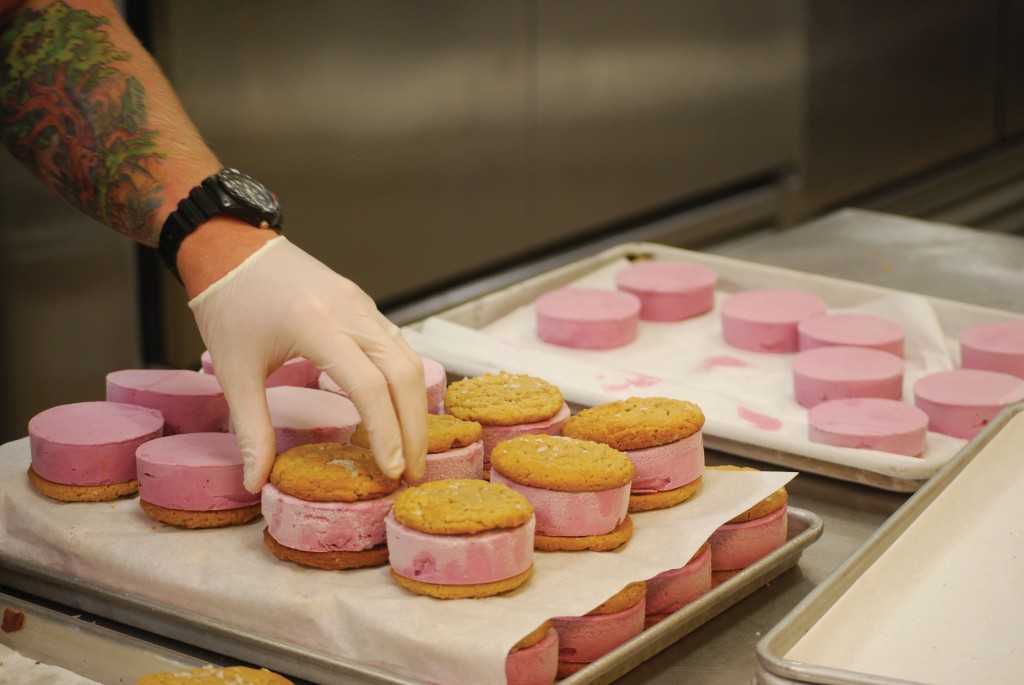 Just a year after planting their business at the end of their driveway, the couple now owns one of the most popular creameries in Birmingham.

Despite their success, or perhaps because of it, the O’Hara’s have stayed true to that early business model. Big Spoon adopted the idea of a pop-up shop for their business. On any given day, you can find their cart somewhere in Birmingham.

They market and let their customers know where they’ll be located that day on their social media sites. They also have a membership club that delivers two pints of ice cream a month to your doorstep. But, what’s made them famous is their sandwiches. The sandwiches are composed of a scoop of handcrafted ice cream squished between two freshly baked cookies.

“The ice cream sandwiches are kind of our bread and butter,” said Ryan. “That’s our staple and what we’ve become known for.”

Unusual flavors and specialty ingredients also contribute to Big Spoon’s popularity. As the seasons begin to change, the couple starts coming up with new flavors to produce. Up for fall are Pumpkin Cream Cheese Gingersnap and Georgia Nell’s Pecan Pie

“Georgia Nell was my grandmother’s name,” O’Hara said. “I’m not saying this because I’m biased, but she really makes the best pecan pie I’ve ever had.”

The O’Hara’s value using local ingredients in their ice cream. They not only try to reach out to local produce and dairy farmers, but also local artisans like Octane, a coffee shop and bar in Homewood.

“We try to work with other local artisans and people who put as much care into their product as we do,” O’Hara said.

But beyond the dream of opening Big Spoon was the hope to serve people.

“If we’re known for having great ice cream, that’s great, and I hope we are,” O’Hara said. “But really more than that we just want to be known for serving people well and treating people well, and that’s all we could really care about.”

The concept of Big Spoon was created out of the couple’s dream, and that dream extends farther than just ice cream. It means enriching the communities of the Steel City and bringing people joy through a simple treat.

“If we can do something special for people in even a small way and touch people’s lives, that’s really all that matters to us,” O’Hara said. “That’s the best part: meeting people, talking to people, sharing our story with people and getting to know people on a personal level, whether it’s our sellers or our customers, whatever it might be, that’s the best part, easily.”