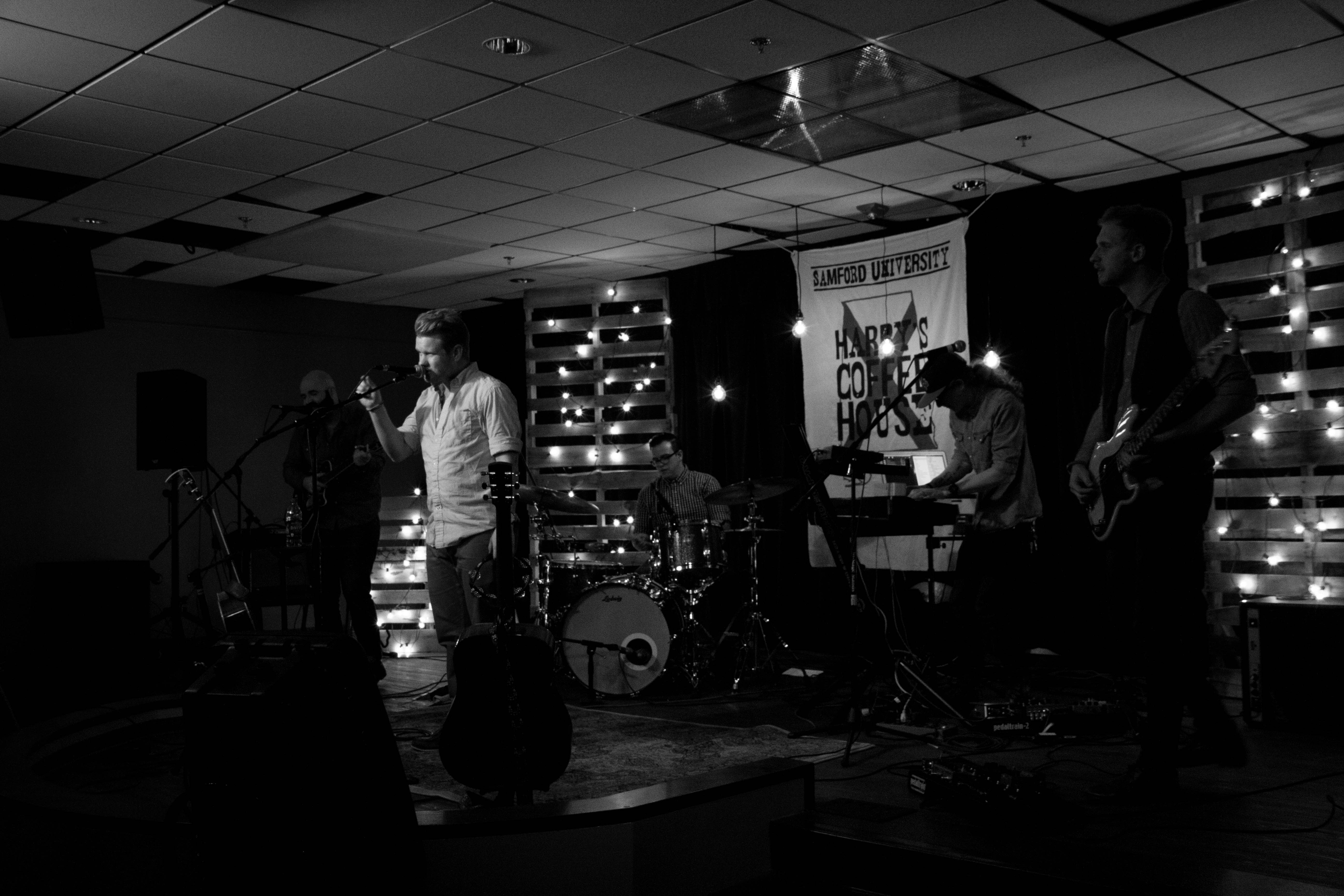 The folk revival is in full swing, with bands like Mumford and Sons, The Lumineers and The Civil Wars (to name a few), making a traditional genre cool again. In the midst of these time-turning bands is Neulore, a Nashville-based group that is putting a new twist on story-telling music.

The name of the band itself is a play on “folklore” and was coined by frontman Adam Agin to represent what he calls “a new tradition” in music.

Stories are the heartbeat of Neulore’s music. “I think of music like a whole story. I get lost in it; I dream up these big stories and plots and scenarios,” Agin says.

Don’t expect the band to tell you the story behind the songs though.

“We figured out with our last record that if you tell people what music means then that’s what it means to them,” guitarist William T. Cook says. “But if you give people the freedom to interpret it how they want to based on what’s going on in their lives and their relationships then they can connect with it on different levels than you would have ever even imagined.”

Cook refers to their last record, Apples and Eve, which was clearly inspired by Adam and Eve of biblical fame. He and Agin agree that they want to keep the meanings of future records more ambiguous.

Agin says that people have approached him and told him how one of the band’s songs helped them through a particular time in their lives and what the songs have meant to them. It doesn’t matter if it’s not what the song is about Agin says, “It’s about how you connect with it and that’s what’s important.”

Agin and Cook both live and breathe music. While they enjoy performing live, their true passion is the process of creating the music. “For me it’s always been therapeutic,” Cook says. “Writing music is like trying to embody where you’re at emotionally and psychologically at that point and how that comes out into melody and chords.”

“Getting lost in the dream of it is where I feel like I’m doing what I was meant to do,” Agin says.

They encourage everyone, whether they are pursuing a music career or not, to find what they are passionate about and do it.

“Don’t ever do anything for the money. If right after college you know what you’re supposed to be doing then go do that and you’ll figure out how to survive,” Cook says. “Practical doesn’t work in terms of happiness. I think you can be poor as poor can be, [but] if you’re still reaching for your dream, you’re still going to be happy.”

Agin agrees. “So many people are afraid,” he says. “The people that can overcome the fear are the people who actually make something that is worth experiencing.”

Although there is no official release date set, be on the lookout for a new record from Neulore in the near future. Their new single, “Shadow of a Man,” is available on iTunes and was featured in one of the latest “Kid President” videos.

Photos and Video by Rachel Freeny