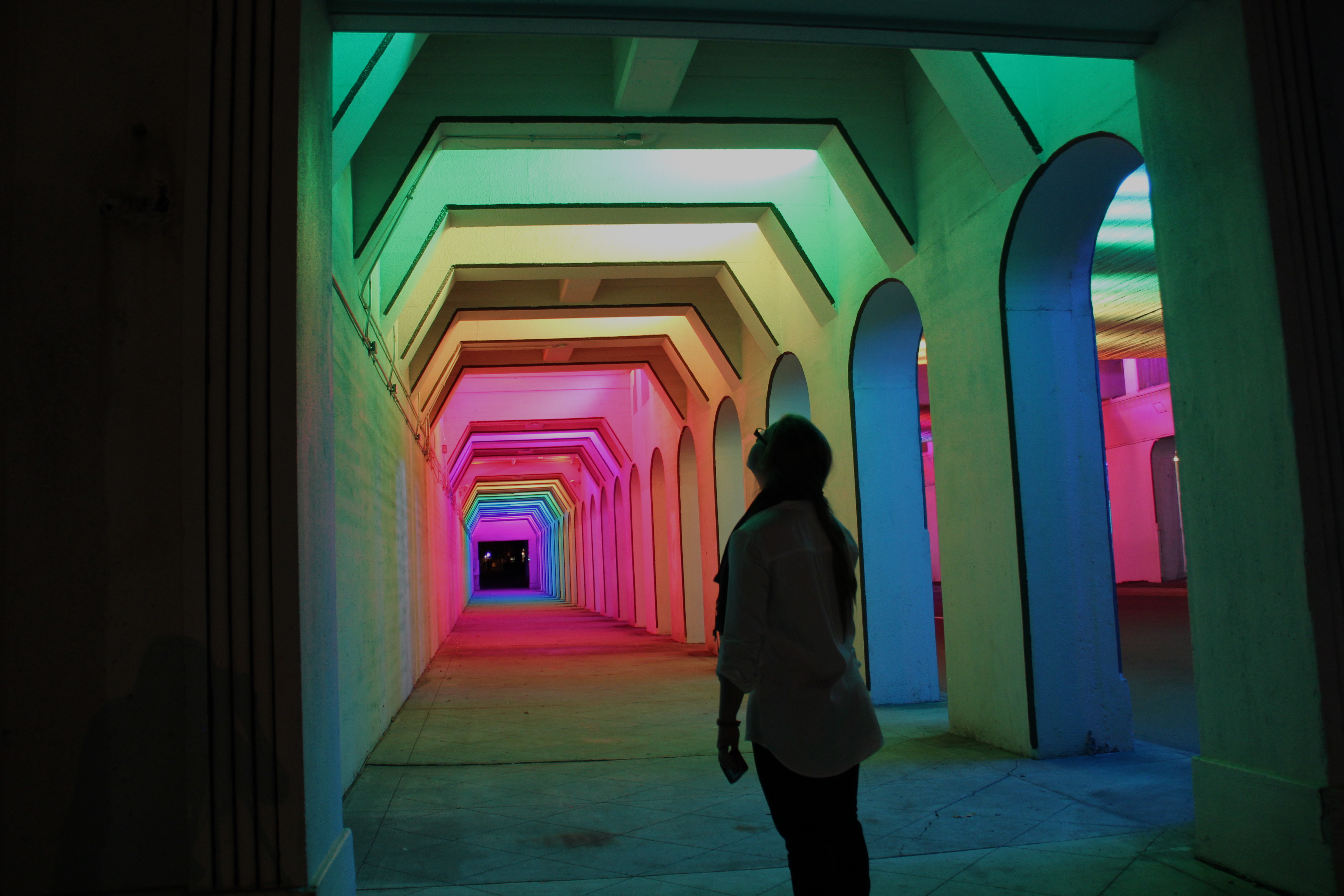 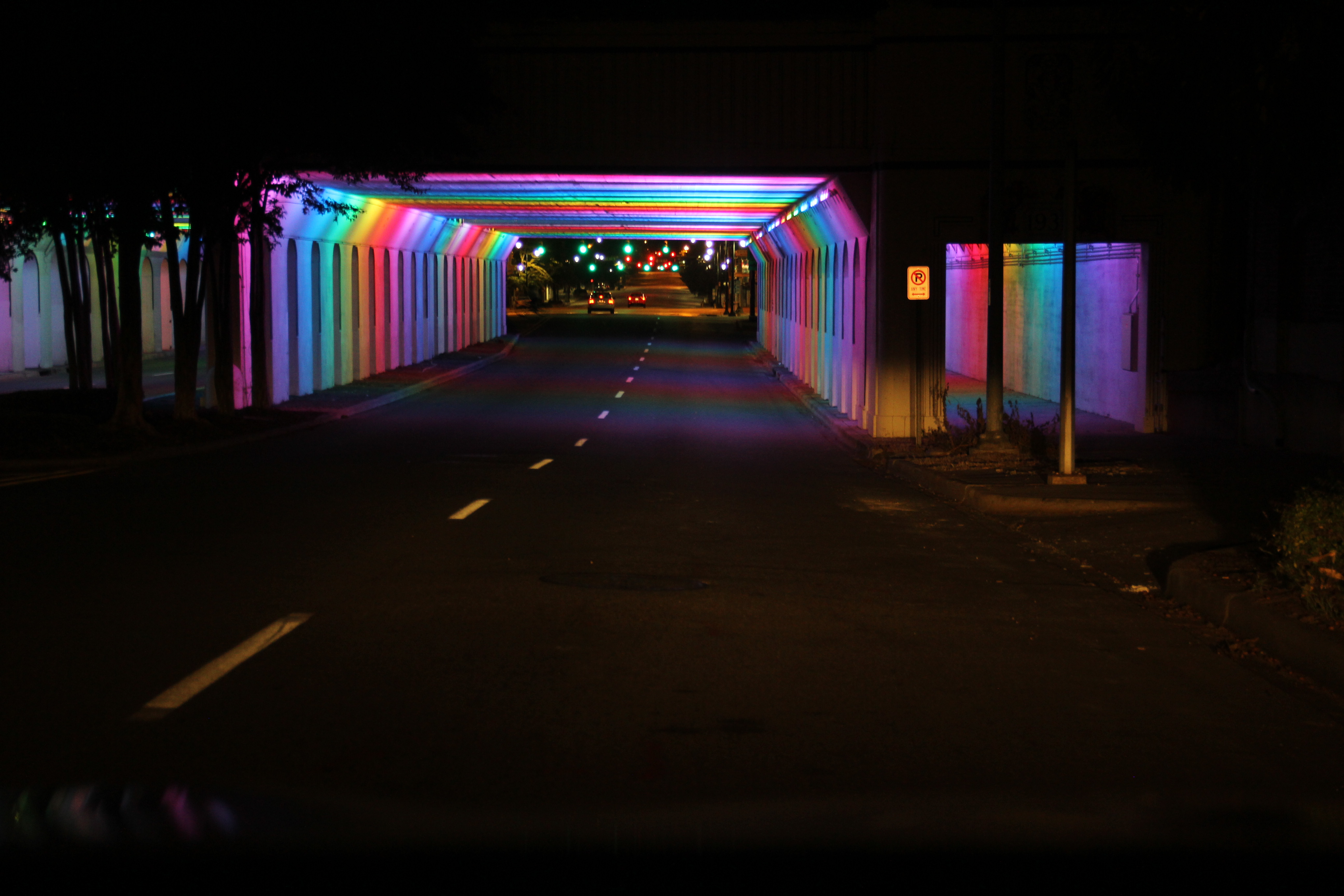 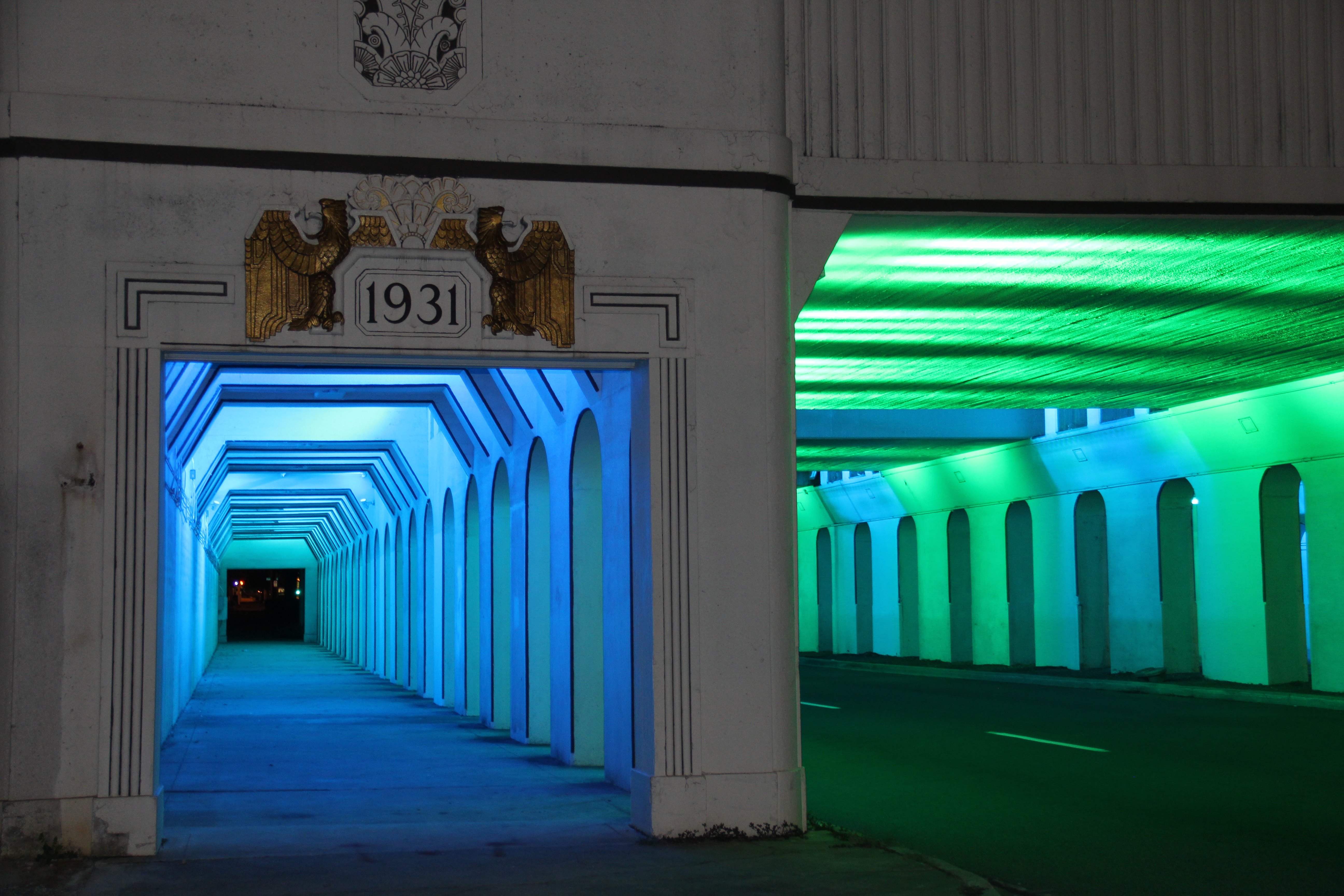 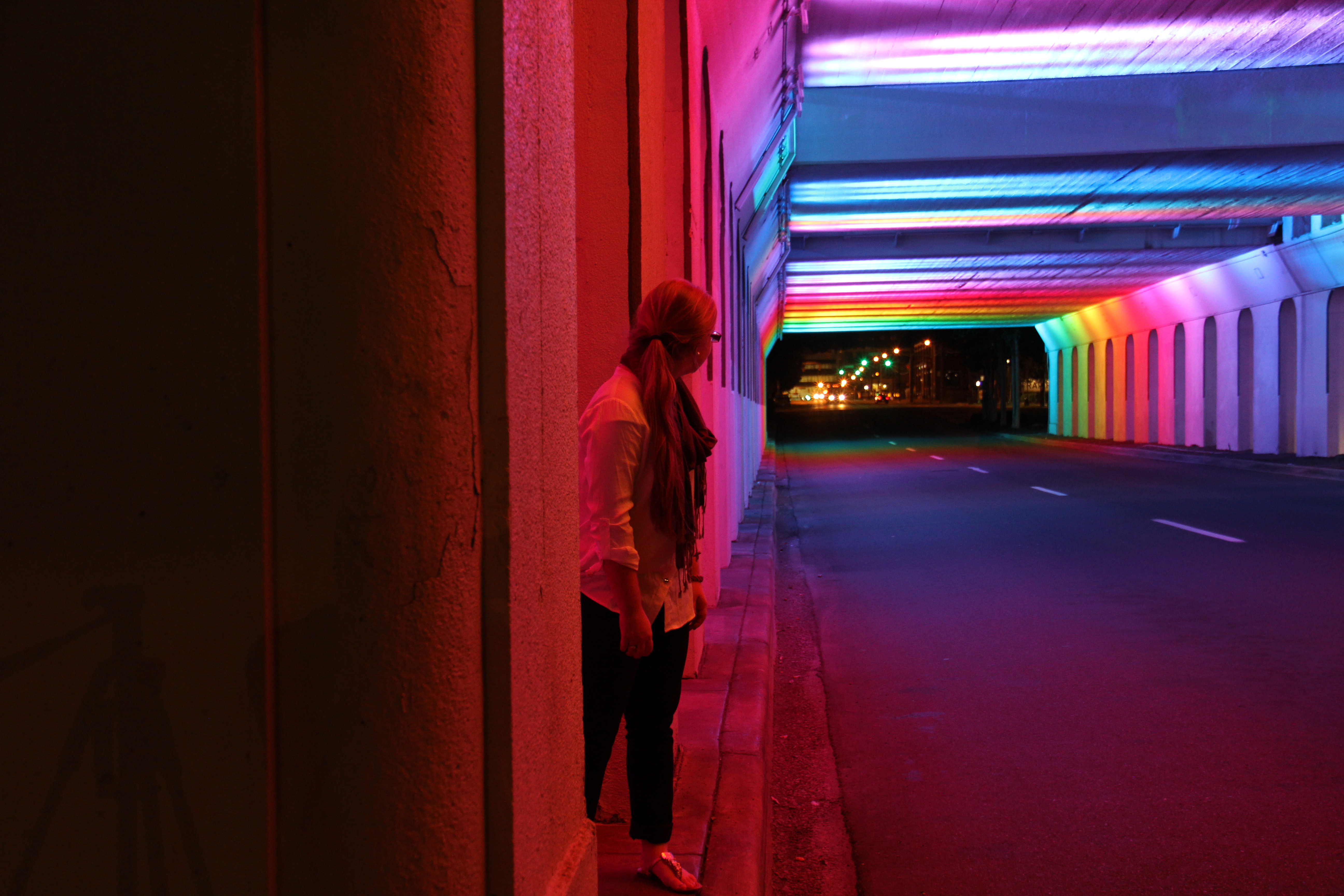 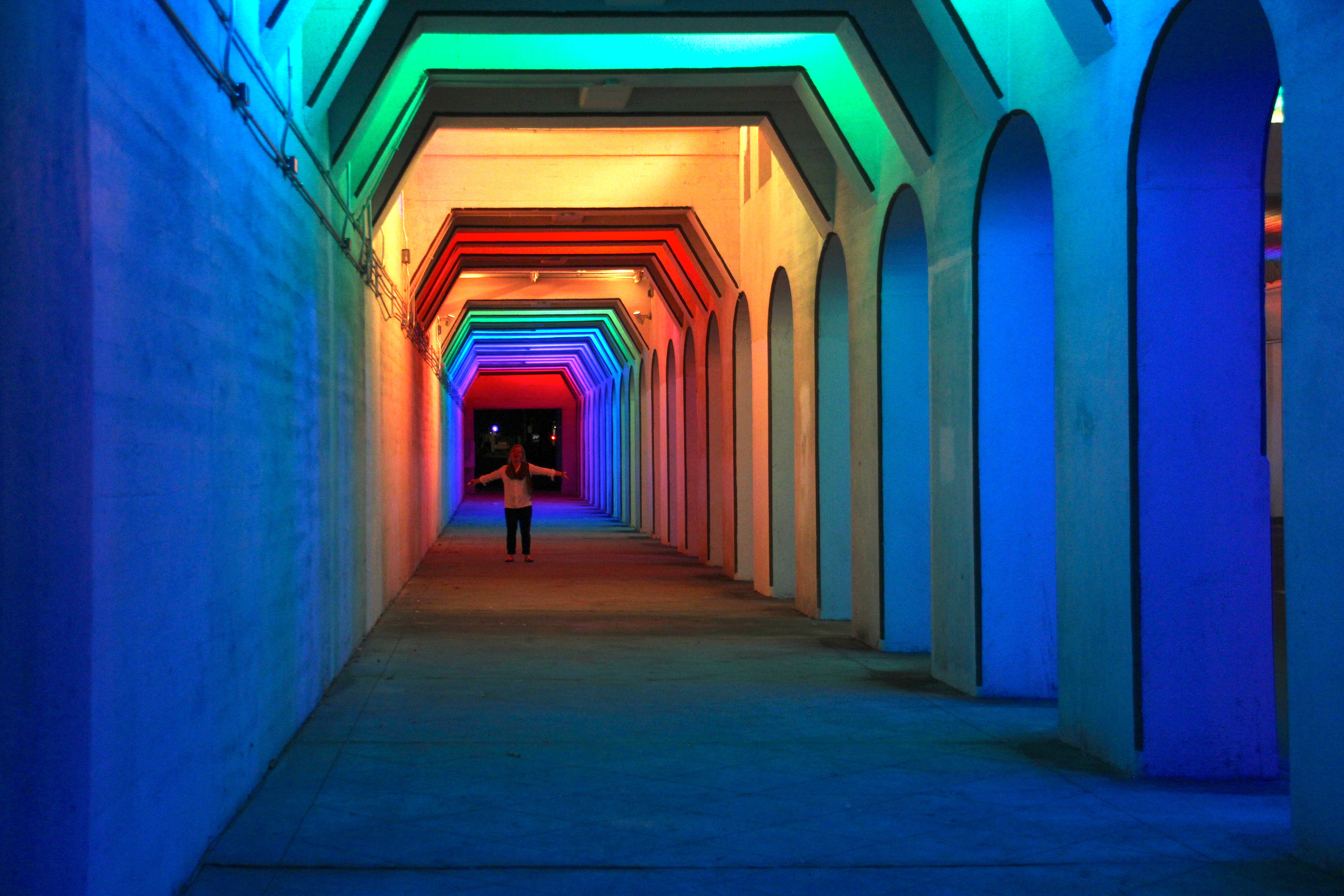 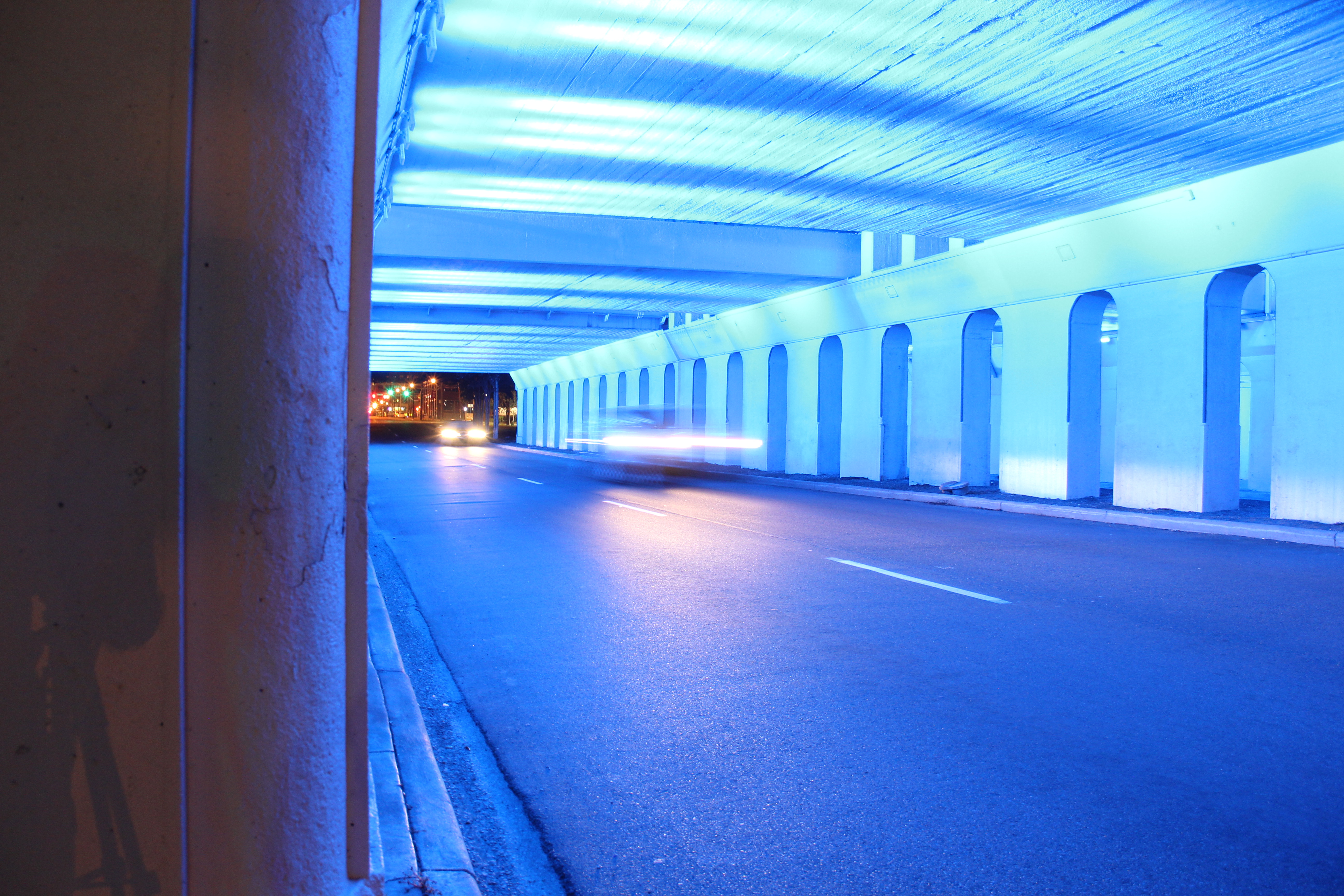 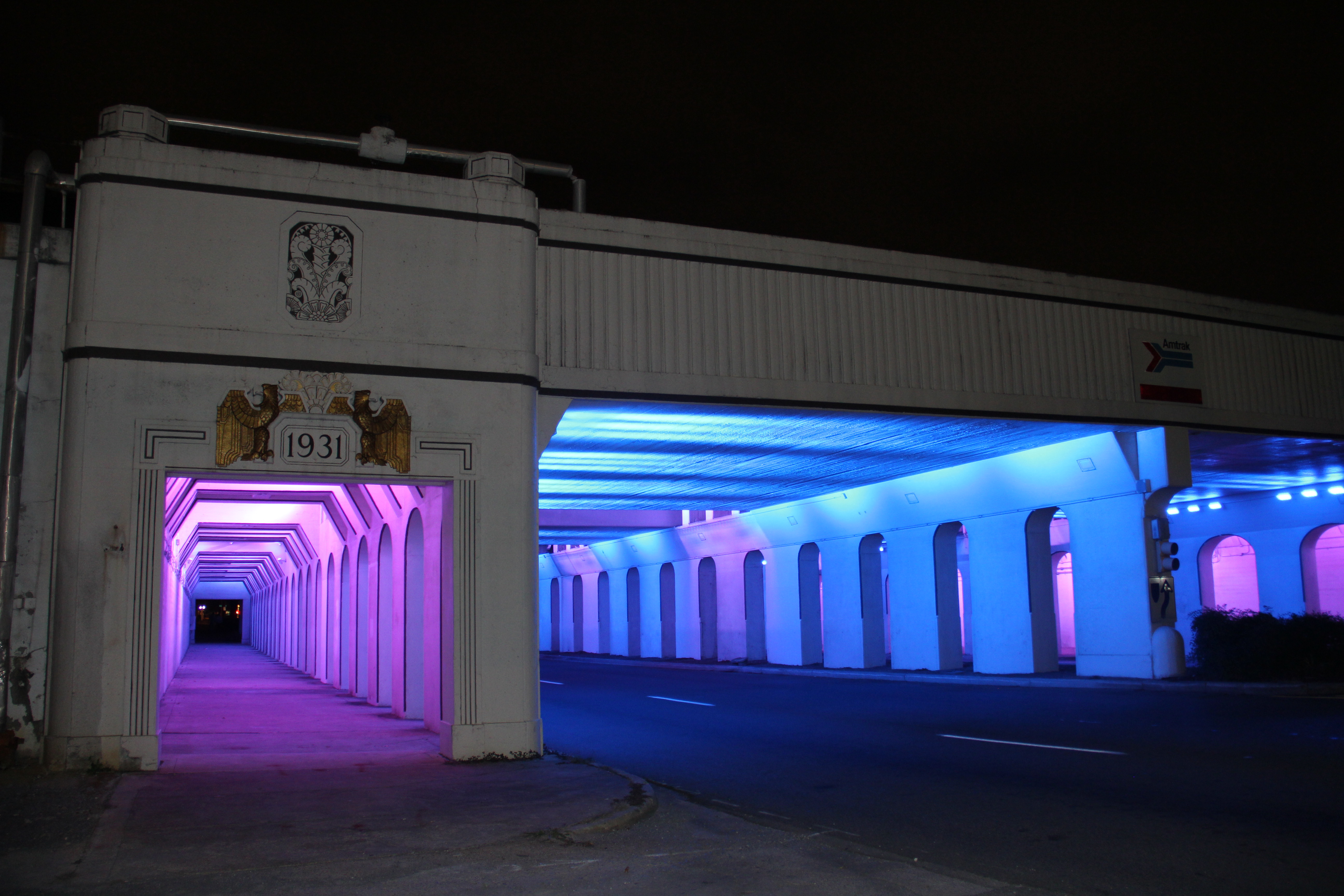 Downtown Birmingham now features an LED-lighted tunnel.The tunnel can be found at the 18th Street underpass on the east side of Railroad Park.

But this tunnel isn’t just a bunch of lights and a few hundred tons of concrete. It is actually a light sculpture called LightRails by artist Bill FitzGibbons. The computerized LED lights morph from one color to the next in a seemingly supernatural way- creating a life-like color show that will capture any observer.

Junior JMC major Taylor Vassey was amazed by the new addition. “I was very impressed with the design and thought put into the light tunnel,” she said.

The tunnel, finished this past June, is just another addition in Birmingham’s effort to revitalize the downtown Birmingham area. “It definitely adds more value to the city and it shows the leaders of the city are working to improve it,” Vassey said.

Sophomore JMC major Corry Mulligan said, “I had seen a lot of pictures of the tunnel, but I didn’t really know what to expect. I was blown away when I saw it for myself. I really like the fact that you can either walk or drive through the tunnel, and the way the colors change is really cool.”

While pictures and wonder-filled words from Samford students may build a respectable case, the best way to appreciate the tunnel is to go and experience it for yourself. Grab some friends, head downtown and go explore!

Step Sing by the directors