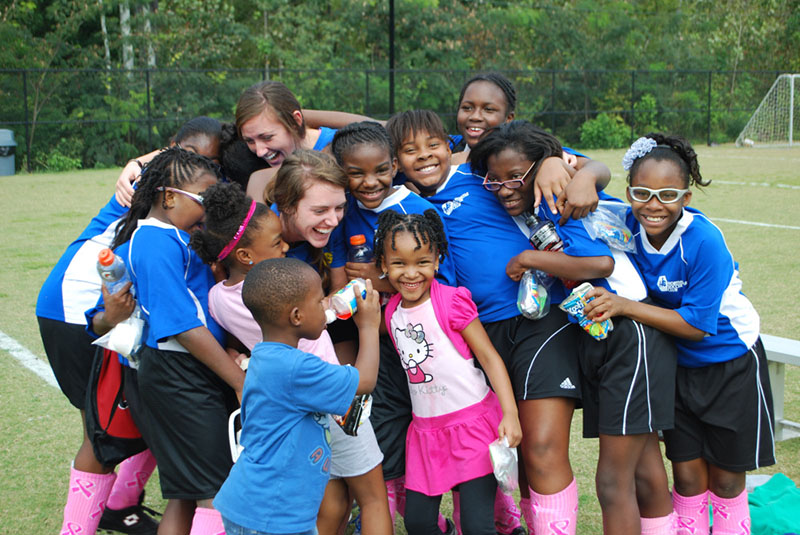 Spiritual, moral and physical direction are just a few of the many qualities that represent the heartbeat and mission of North Star Soccer Club.

North Star is a soccer ministry in West Birmingham that provides quality soccer coaching at an affordable cost. The club allows many children in the area who may not have the opportunity to play on a team a chance to participate. While the program is affordable, the coaches and program are of the highest quality.

North Star Soccer Club director Val Peterson is a former Samford women’s soccer player. She joined the North Star team after her graduation in 2009, following her involvement with the ministry during her time at Samford. Peterson desired to see the children of inner-city Birmingham be provided with a fair, equal, healthy and spiritually nourishing soccer experience.

“The goal is to expose youth in West Birmingham to the game of soccer while also creating an environment that promotes a healthy lifestyle, sportsmanship and a Christian mindset,” Peterson said.

North Star also provides an opportunity for Birmingham locals to take part in the ministry and growth that is happening on and off the soccer field. Over the summer, North Star hosts a soccer camp in which many college-aged students will coach teams, lead art lessons and build relationships with the players.

Samford nursing student Anne Ferguson spent her summer working with North Star. “Stepping into the lives of the youth in the local community is a humbling privilege. Sharing life with those who live just down the road allows sweet and beautiful relationships to form,” Ferguson said.

Out of the dungeon

A beacon of hope for the children of Northern Uganda