Are you tired of indecisively browsing for something to rent from Redbox while an impatient line forms behind you? Here are five of our Redbox picks to help make your choice easier.

1)   If you’re in the mood for a drama…watch The Sessions.

“The Sessions” is based on the autobiographical writings of California-based journalist and poet Mark O’Brien. This drama stars a quirky cast, such as Helen Hunt and William H. Macy, who set out on a mission to make one man’s dream a reality. Similar to: “An Education” and “Flight.”

2)   If you’re in the mood for an award winning film…watch Lincoln.

This famous movie is dedicated to illustrating the pursuits of Abraham Lincoln during the Civil War. Daniel Day-Lewis and Sally Field both won awards for their spectacular portrayals of Mr. and Mrs. Lincoln. But be warned that you make take a little snooze during the slow parts if you’re not fully rested prior to watching the film. Similar to: “Downfall” and “Schindler’s List.”

3)   If you’re in the mood for a comedy…watch Seven Psychopaths.

“Seven Psychopaths” is a hilarious and weird film featuring an all-star cast, such as Christopher Walken, Woody Harrelson and Colin Farrell. This group of oddballs entangle themselves in the Los Angeles criminal underworld just by kidnapping a shih tzu dog. Similar to: “Horrible Bosses.” 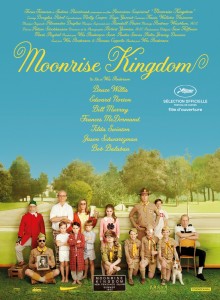 4)   If you’re in the mood for a romantic comedy…watch Ruby Sparks.

“Weird Science” meets “Stranger Than Fiction” in this story of a writer who accidentally brings the woman of his dreams to life. “Ruby Sparks” is a charming film that’s unafraid to broach the darker connotations of its concept. Similar to: “Little Miss Sunshine” and “500 Days of Summer.”

5)   If you’re in the mood for something quirky…watch Moonrise Kingdom.

Studded with an all-star cast and picturesque visuals, “Moonrise Kingdom” is the tale of a troubled young boy and girl who run away with each other. This quaint Wes Anderson movie is endearingly eccentric. Similar to: “Midnight in Paris.”

A place of your own: Finding an apartment