St. Paul and the Broken Bones blast onto the music scene
Prev Next
Search

The newly formed group, St. Paul and the Broken Bones, labels itself as a soul band. I sat down with the band’s trumpet player, Allen Branstetter, to find out about their future plans and upcoming album, which comes out later this year. 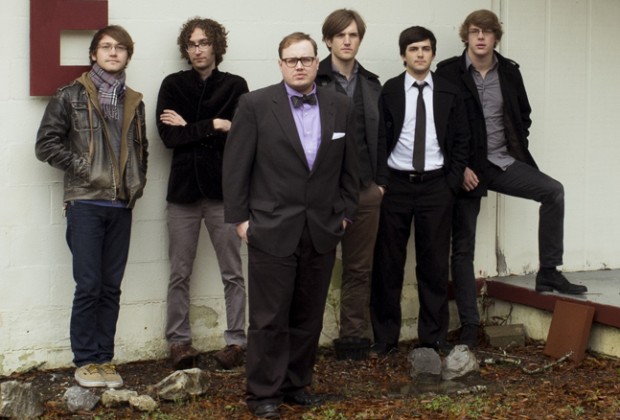 Exodus: So, tell me a little bit about your band.

Allen Branstetter: It’s called St. Paul and the Broken Bones, and in its current form with the members that we have, we are about nine months old. Our first show was for what’s called the Southbound Music Festival at the Avondale Brewery. That was in late July, and we’ve been on a roll ever since. Kind of by happenstance, we’ve gotten six permanent members that gel really well together. We all have similar musical ideas with what we want to do with our music. We have similar visions and similar drives. You can’t really find a weak spot because they’re all very, very good musicians.

E: So you’re classified as soul?

E: That’s really cool. I feel like those types of bands are a lot harder to come by these days.

AB: Soul really went out of style for a long time. It was really big in the 60s, with Sam Cook, Wilson Pickett, Aretha Franklin and Otis Redding. We take a lot of inspiration from them, but we also take inspiration from more rock-oriented groups. It’s what I think is a very unique combination of rock and Southern soul music, and it just so happens that that style is starting to come back around.

E: I know you recently went down and recorded an album. When can we expect to hear that?

AB: We don’t have a release date yet, but you can expect the album to be released sometime in August or September; that’s our ballpark estimate of it.

E: Do you have any local upcoming shows?

AB: We have two big shows coming up soon. On Friday March 29, we’re headlining a show at Workplay. We were really excited when Workplay contacted us about that. All the information for that show is out and the tickets are on sale. We really want to try to sell the place out, because that’s going to be our last show in Birmingham for a while. Then on April 25, we will be opening for John Mayer at the Tuscaloosa Amphitheater, which holds around 10,000 people. We’re very excited.

To learn more about St. Paul and the Broken Bones’ upcoming shows and music releases, visit the band’s Facebook page.