Samford University is home to six panhellenic sororities, one of which is Alpha Omicron Pi. The sorority is lead by an executive council that strives to make the chapter the absolute best it can be. Sarah McFarland, a junior accounting major from St. Louis, Missouri, has been the chapter president of Samford's AOII for the past few months. Although McFarland enjoys binging shows on Netflix, hanging out with friends and eating far too many scoops of Edgewood Creamery icecream most of her time is spent serving with and for her fellow sisters. I got the chance to sit down her McFarland and ask her about her experience serving in such a crucial role and being a full time student.
END_OF_DOCUMENT_TOKEN_TO_BE_REPLACED
Q: Where did your interest in aviation come from? A: My dad does fly and I think that’s really what got me started with flying, you know just kind of being interested in that part of his life. So, he got me my first lesson (at Shelby County Airport). And after I took that first lesson, I was kind of hooked on it. It took me about a year of training to get my private pilot’s license which is the first license.
END_OF_DOCUMENT_TOKEN_TO_BE_REPLACED
Earth Day comes around every year on April 22 but the history and idea behind the day is not commonly discussed. The concept for Earth Day was for the nation to focus on the environment for one day. Founder Gaylord Nelson was a U.S. Senator from Wisconsin. After seeing the 1969 massive oil spill in Santa Barbara and being ruled by the student anti-war movement, he related the public needed to be aware of the air and water pollution they were contributing.  Nelson worked until the next year Earth Day Network states that "on April 22, 1970, 20 million Americans took to the streets, parks, and auditoriums to demonstrate for a healthy, sustainable environment in massive coast-to-coast rallies." Learn more about Earth Day.
END_OF_DOCUMENT_TOKEN_TO_BE_REPLACED
Q & A with Ruth Blackburn Can you introduce yourself? What’s your name? Hometown? Major? My name is Ruth Blackburn. I am a junior from Birmingham, Alabama. My major is Foods and Nutrition with an Art minor. When people mention Asia or Asian, what is your first thought? I think of the cultural differences between Asia and America. My best friend went to China for 6 weeks and I think of the stories of squatty potties and riding bikes all around the cities. I once read that middle-aged men in Asia are at a very high risk of suicide because of pressure to succeed and do well in the workplace. What makes you most proud to be an American? The kindness that people show to each other even when they are strangers and do not know each other. What do you think about “Culture Shock”? I have never been affected by culture shock very much when I go to different countries. I think I am very easy going so the differences between countries do not shock me or bother me that much and it takes a lot of effort for me to pick out the differences and things that bother me or that I like better about one country.
END_OF_DOCUMENT_TOKEN_TO_BE_REPLACED
Still don’t know what you’re going to be for Halloween this year? Need a last-minute costume? Here are five “Do-It-Yourself” costume ideas that are easy to make and will save …
END_OF_DOCUMENT_TOKEN_TO_BE_REPLACED
It’s the time of year to be thankful. A Thankful Jar is a great way to stay reminded of your many blessings this November. Challenge yourself, your friends and your …
END_OF_DOCUMENT_TOKEN_TO_BE_REPLACED
The Pumpkin Spice Latte is the must-have drink that everyone lines up for at Starbucks at the start of October. Unfortunately, the drink isn’t on the menu all year, but …
END_OF_DOCUMENT_TOKEN_TO_BE_REPLACED
Watch this video to view a few alternative ways to decorate pumpkins for fall! Some materials you may need for these projects include: ● hot glue gun ● hot glue gun sticks …
END_OF_DOCUMENT_TOKEN_TO_BE_REPLACED
Check out this easy step-by-step process to make your own envelope clutch. If you have a tight budget but are in need of a new accessory, this is the project …
END_OF_DOCUMENT_TOKEN_TO_BE_REPLACED

A Note from the Editor 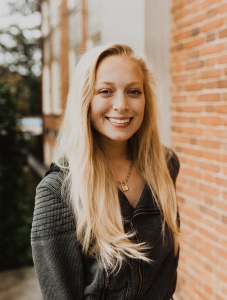 Hi there and welcome to The Local.  Here we hope you find hometown familiarity while discovering new pieces of our sweet city. Birmingham is a dynamic and diverse place with a tangible personality that is ever-changing. Here at The Local we hope to hone in on the beautiful diversity of Birmingham through telling the stories that mold the city itself. Our mission is to awaken natives and newcomers alike to the spirit of the city, as this year we aim to enlighten.

Listen to out playlist that is updated monthly with more new music!