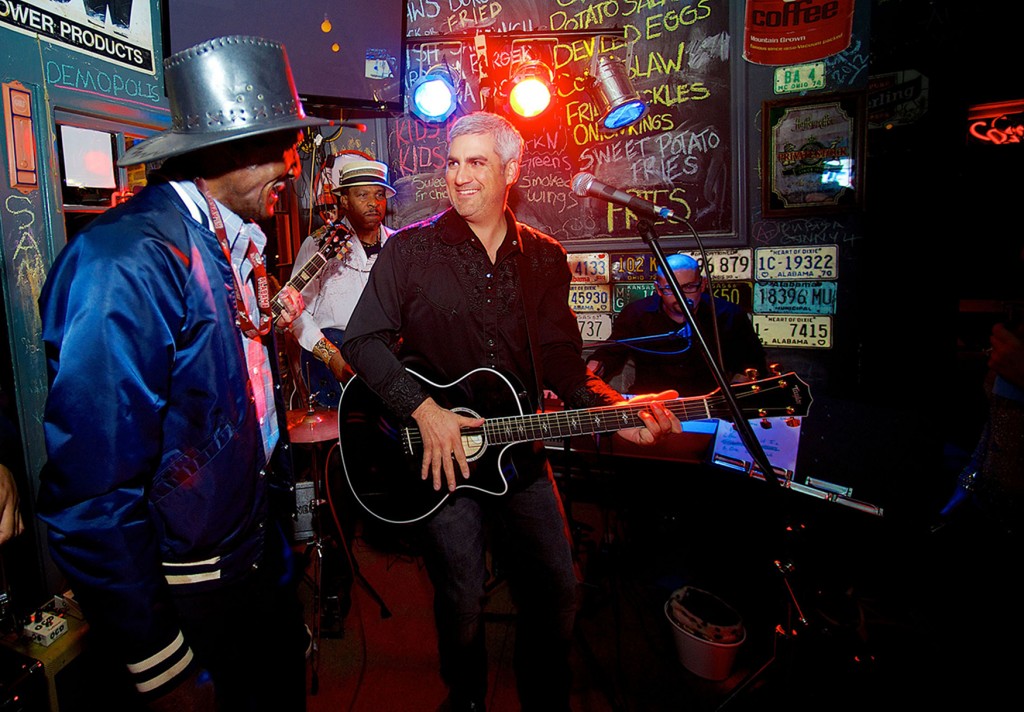 Taylor Hicks started singing before he could walk.

Born and raised in Birmingham, Hicks bought himself a harmonica at a local flea market when he was 16 years old and taught himself to play. He then taught himself guitar, then the organ and eventually began writing songs.

“Music is the common thread for me being an entertainer,” Hicks said.

His love for music and entertaining took him to Las Vegas in October of 2005 to audition for “American Idol.” With his enormous talent and the support of his hometown, as well as the entire nation, he went on to win the fifth season of “American Idol.”

“A lot of people love watching their hometown folks do well,” Hicks said. “When you get that opportunity you try to make the most of it and I’m very lucky to have that kind of support from my hometown.”

His childhood in Birmingham played an important role in the development of Hicks’ musical abilities. “I think growing up in Birmingham and being in the heart of Dixie, you pick up a lot of musical styles,” he said. With the influence of delta blues, gospel and country, Hicks had the opportunity to explore and learn about several genres. He also had the support of his family and friends. “Growing up in Birmingham, there were so many people who were supportive of me and my music,” Hicks said.

Even while making huge jumps in his entertainment career, Hicks still finds time to stay involved with the community of Birmingham. “I try to see my hometown people as much as I can,” he said.

Hicks is also the owner of Saw’s Juke Joint, an establishment that brings together great music and tasty BBQ. Saw’s Juke Joint is located in Mountain Brook and often features live music.

“I’m very thrilled to be a part of Saw’s Juke Joint,” Hicks said. “It’s a really neat thing to be a part of, because I think I’m hungry all the time.” Hicks enjoys throwing around culinary ideas for Saw’s and strives to stay involved with the musical end.

Hicks’s recommends that every newcomer to Birmingham catch a Baron’s game at the new field, get a beer and eat a hotdog. “Eat and watch baseball: the American pastime,” he said.

He also encourages visitors and natives alike to take advantage of the amazing food and atmosphere Birmingham has to offer. “We’ve come so far, as far as industry, the culinary arts and entertainment,” Hicks said.

Hicks’ personal favorite food spot: Sexton’s Seafood. “My family loves to go over to Sexton’s and get fresh fish so we can grill it,” he said. “Their crab dip is really good, too.”

In the end, it all comes down to faith for Hicks. “You have to have your ducks in a row upstairs as much as you have to have them in a row downstairs for you to gain a big break,” Hicks said. “I think God has carved out a path for me to be an entertainer.”

Hicks never hesitates to share where he came from. “I’m very blessed to be an Alabamian and even more blessed to be from Birmingham.”