The Multis Project Performs at Samford
Prev Next
Search

On Friday, April 10, The Multis Project performed at a concert and cookout hosted by Samford Residence Life and the Office of Admissions. The band put together a set list covering a variety of popular songs. The concert only lasted for an hour, but the band’s charisma captured everyone’s attention, and as The Multis Project tried to leave the stage, they were met with chants and requests for an encore. After performing both the regular set and an encore, the group met fans and sold merchandise. Check out this video clip of the group performing a cover of “Sugar” by Maroon 5. 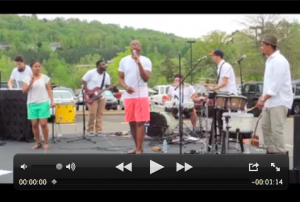