Hunter Lawley has always known he wanted to be an entertainer. He majored in theatre at the University of Montevallo before deciding to dedicate his life to music. 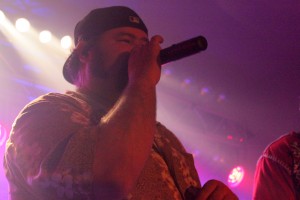 Over the years, Lawley has acquired guitar player Allen Stone, drummer Chris Brown and bass player Steven Riley to form the eclectic mix that is the Hunter Lawley Band. 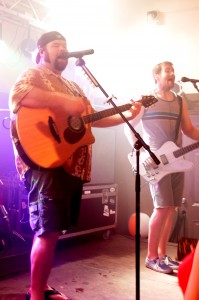 Lawley and his crew play everything from intimate bar shows to the Alpha Psi Rodeo in Auburn, which usually attracts more than 15,000 people. They’ve played with headliners such as David Allen Coe and Eric Church. But according to Lawley, big names and fame aren’t what it’s all about.

“I always say you shouldn’t do [music] to be famous because if you’re doing it to be famous, you’ll never be famous. You do it for a career,” Lawley says. “Put the time into it and you’ll meet the right people.”

The band hopes they’ve met the right people. They recently signed with EastCoast Entertainment, an agency out of Atlanta who has represented artists such as John Mayer and Zac Brown Band (before they were famous, Lawley likes to point out.) Now, the band looks to the future and is getting ready to record a new album.

There are definitely perks to being in an all-man band. Lawley says the speed with changing tires can rival that of a NASCAR pit stop crew.

But the true benefit comes to life when watching the band play onstage. The camaraderie and collective sense of humor provide for a show that is guaranteed to entertain no matter what the musical preference.