To fro-yo or not to fro-yo?
Prev Next
Search 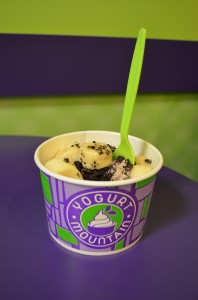 Is frozen yogurt really good for you? Patricia Terry, R.D., professor and director of the dietetics program at Samford University, gives us the scoop.

It has the word yogurt in it, so of course it’s healthy. Right?

For those desiring frozen yogurt with the same health benefits as regular yogurt, look for frozen yogurts with the National Yogurt Association’s Live and Active Cultures seal or a similar one from another association.

Well at least it’s low-fat. Shouldn’t that make it a healthy choice?

Terry says frozen yogurt has more air incorporated into it, making it a lighter product. However, while frozen yogurt can have less fat than ice cream, it often has the same caloric content.

“I think people are tricked sometimes by low-fat anything,” Terry says. “Low-fat frozen yogurt is just the same as a low-fat ice cream.” 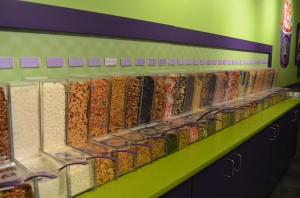 Well then, where does this leave me?

Despite the negative elements, Terry doesn’t see frozen yogurt as a bad thing.

The People Place That Serves Coffee