VisionWalk gives hope in a dark place
Prev Next
Search 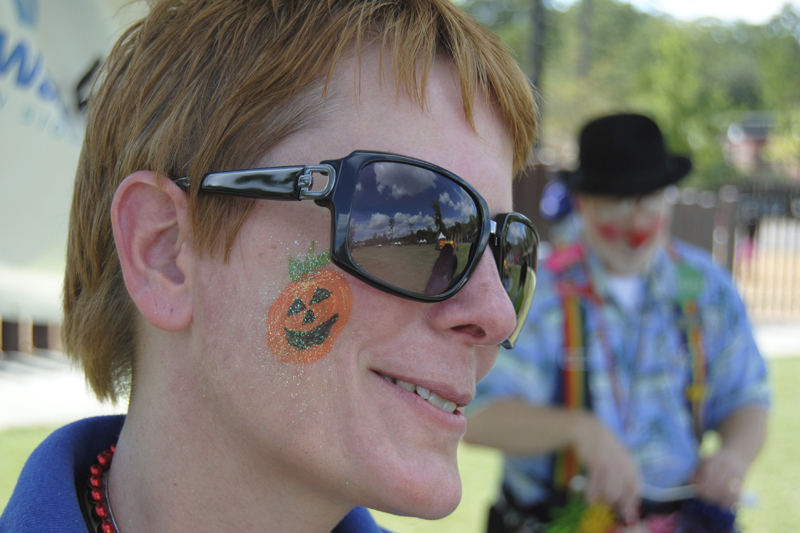 VisionWalk’s Natalie Linton paints her face to support the fight against blindness.

Last Saturday, Birmingham’s fifth annual VisionWalk rallied a diverse cast of people to Homewood Park for one cause – the fight against blindness.

University of Alabama student Nicole Mullins was looking for volunteer opportunities. Aaron Sparks came because his wife, Amanda, heard about the event at her office. UAB Department of Ophthalmology’s Megan Yates just came to lend some enthusiastic support.

Birmingham is just one of 51 cities hosting VisionWalk, a seven-year-old fundraising event for the Foundation Fighting Blindness. So far, VisionWalks across the nation have raised $28 million in the fight against retinal degenerative disease, according to the organization’s website.

Events assistant Kensi Magnum announced that 2013 was one of the organization’s best years. “It’s a wonderful cause,” she said. “We have really given hope.”

“Five years ago, I didn’t think there was any hope for a cure,” Ferguson said. “But thanks [to VisionWalk], we have hope. This is a great thing.”

Hope is exactly what psychologist Laura Dreer hopes to give to the visually impaired community. Dreer, who first moved to Birmingham to study traumatic brain injury, noticed there was little psychological aid for adults with visual impairments. To fill that void, she started UAB Connections, a support group for adults adjusting to blindness.

“Of course it affects your eye,” she said, “But [I’m here] to show they can still have a great quality of life.”

Marcellus Scott, who is legally blind, needed to hear that message.

“Connections is a great support,” he said. “It’s a struggle to live every day, but at least you know you’re not alone.”

Paul Mayo, a friend from the Department of Rehabilitation in Homewood, concurred. Also legally blind, Mayo dedicates his time to raising awareness for people with little to no vision.

“I’m just trying to give a little back of what’s been given to me,” he said.

For more information on supporting the Foundation Against Blindness, visit this link.