Vulcans on Parade
Prev Next
Search

For over 80 years the 50-ton Vulcan statue has sat on Red Mountain overlooking the city. He is now joined by two smaller and more colorful versions of himself in downtown Birmingham.

One, with its earthy colors and painted words describing the city, is situated outside of the Birmingham Jefferson Convention Complex (BJCC). The other, located in Railroad Park, depicts the magic city at night with stars forming Orion and the Big Dipper, two constellations that are often found in the city’s night sky.

These statues are the first of the ongoing Vulcans on Parade project, a partnership between members of the Project Corporate Leadership (PCL) class of 2015 and Vulcan Park and the Museum.

The class of PCL was challenged to create a project that aims to change the negative perception that there is a lack of activities and entertainment in the Birmingham Metro area.

“The idea that we ended up on was to get permission to use the image of Vulcan, make the Vulcan statues and put the statues up at attractions,” Cox said. “We want to use Vulcan to bring attention to local attractions.”

After getting approval from Vulcan Park and Museum to use the Vulcan, the statues are made in Nebraska. Then they are sent back to Birmingham where local artists design and decorate them.

McGrann and Wilm had plain, white fiberglass statues delivered to their homes and several months to paint it.

Forging Ahead by Paul Cordes Wilm
Wilm’s statue, named “Forging Ahead,” is located in front of the BJCC. He wanted it to not only tell a story about how Birmingham has changed, but also to show the god of fire, Vulcan.

“It is an anatomical map of man, but instead of muscles I put strengths and things that Birmingham has achieved,” Wilm said. “I wanted it to be sort of a magical and spiritual map of Birmingham. This is what we have done and this is what we are striving to do.”

There are many elements on the statue that each have meaning. Words like “civil rights,” “industry,” “equality” and “dream” are written on it. Wilm said that these represent Birmingham’s story. A map of Birmingham has been included under Vulcan’s raised arm. Another map of the state of Alabama is on the block next to him with the words “Be Proud” painted above it. 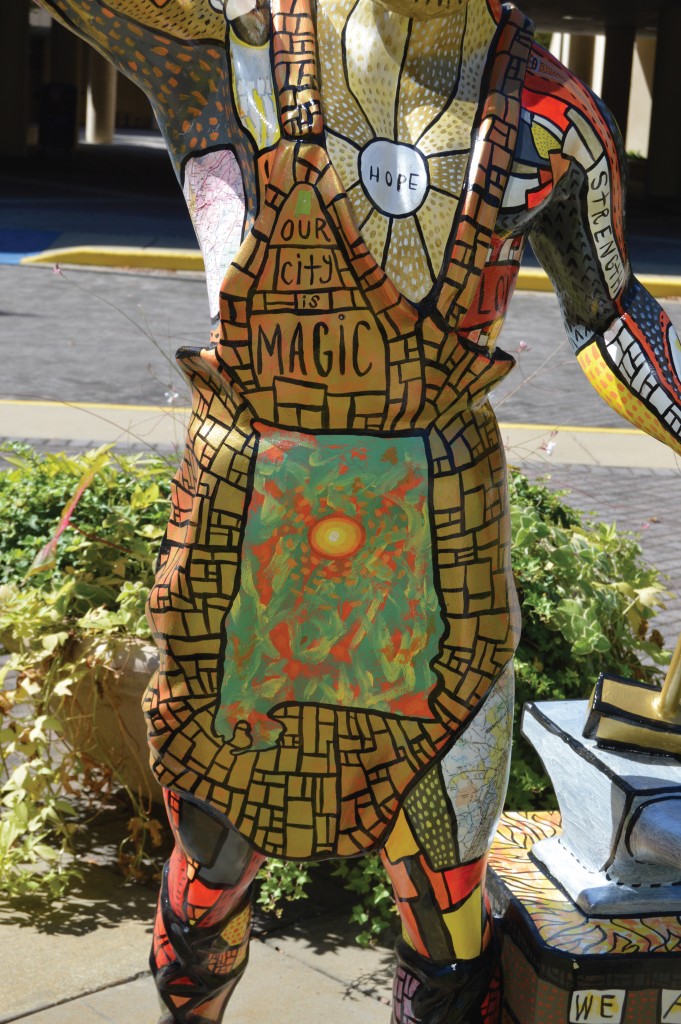 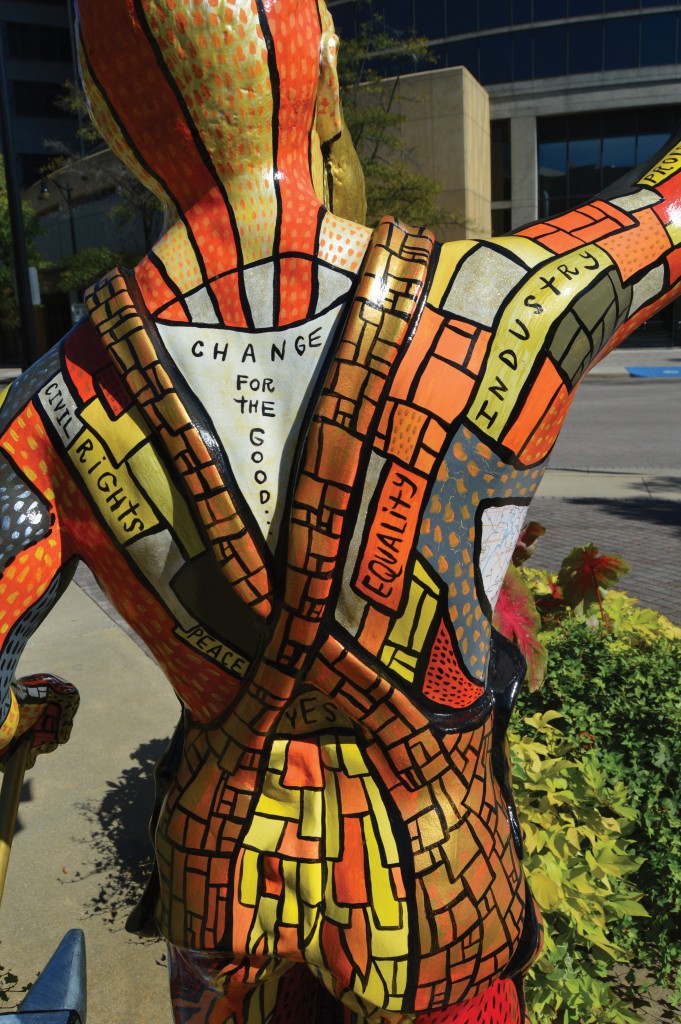 “I really wanted to go with the theme of Birmingham being the Magic City,” McGrann said.

At the bottom of the statue she painted her perspective of driving into Birmingham at night and seeing all of the red and yellow car lights. Then, on the apron she depicted many downtown buildings at sunset. These colors blend into a night sky as they move up the painting.

“If you look on the chest, there are stars that map out Orion and on the back is the Big Dipper,” McGrann said. “Those are the two things that I learned how to find in the sky here.” 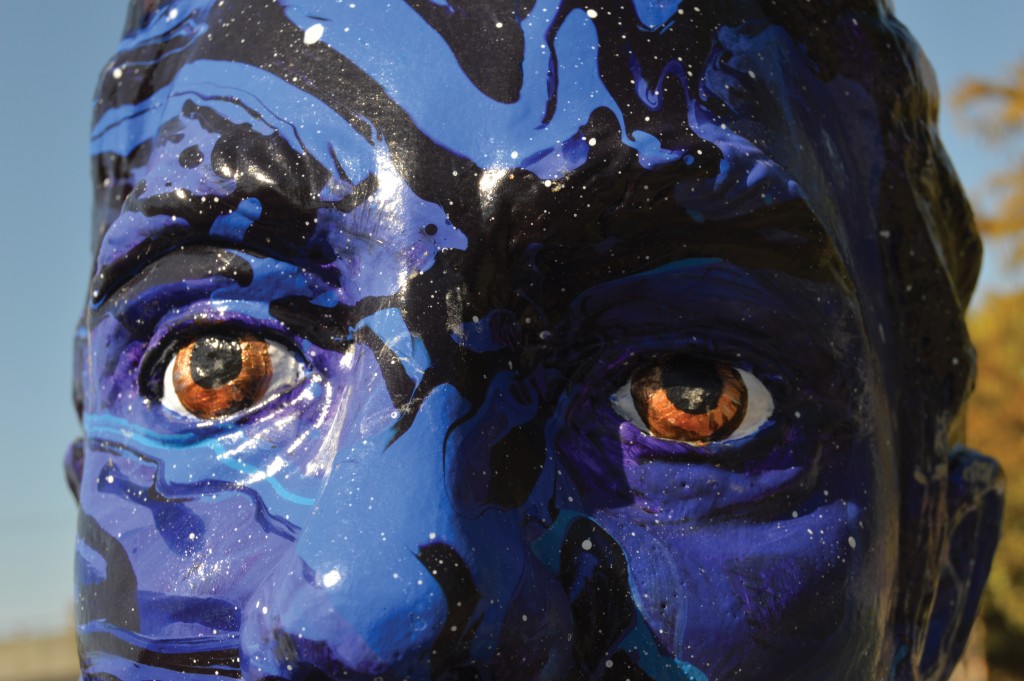 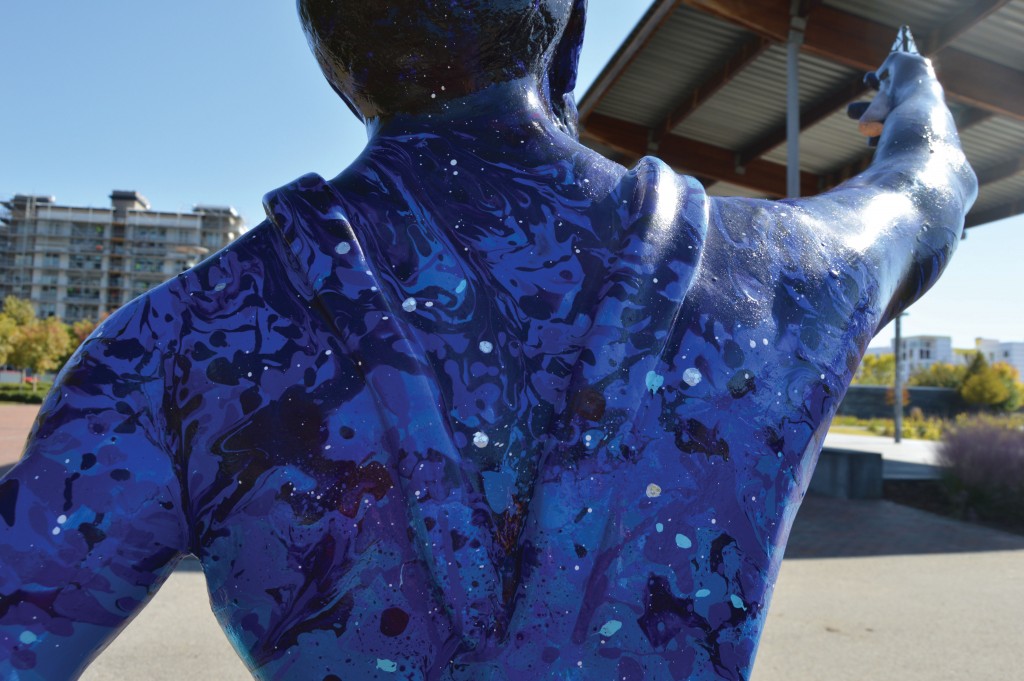 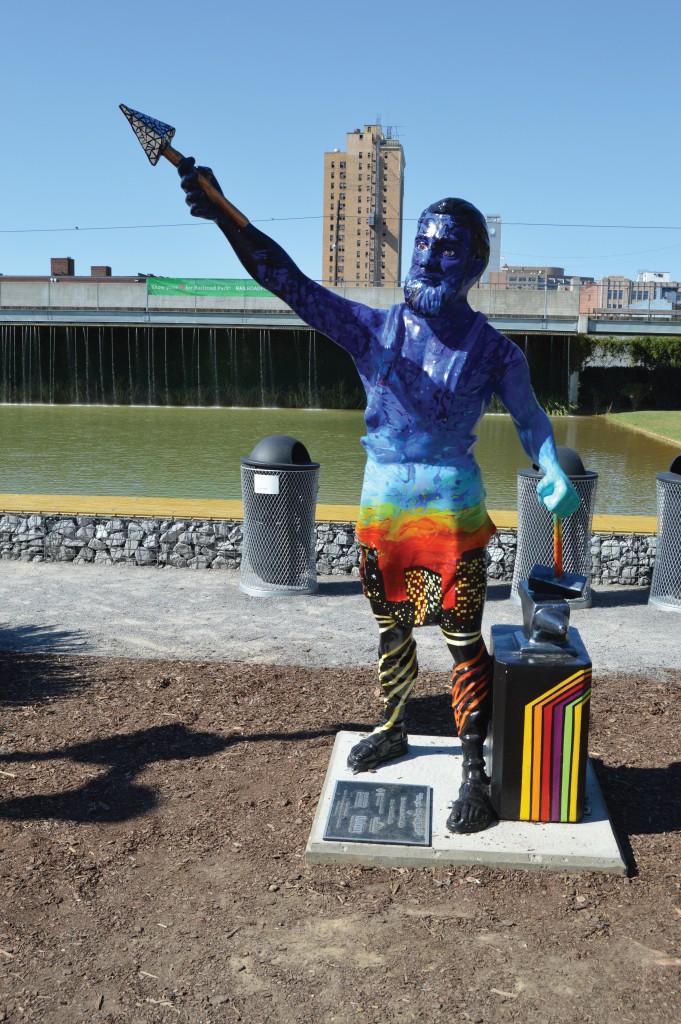 McGrann and Wilm did not know exactly where their statues were going to go until their reveal in late August.

The group, including Wade Cox, Justin Drummond, Chris Cooper, Ashley Stuckey and Leslie Dobbs, plan to place 18 additional statues in the city by the end of 2016.

Something that many involved in this project have in common is that they have all lived in Birmingham for many years. Wilm, Cox and McGrann all are enthusiastic about how this will bring attention to Birmingham and its many features.

“We are forging a new name for ourselves. We are an innovative, creative and a cool place to be. Come here and see us,” Wilm said.