Out of the Shadows: How The WellHouse is Exposing Sex Trafficking in Birmingham
Prev Next
Search 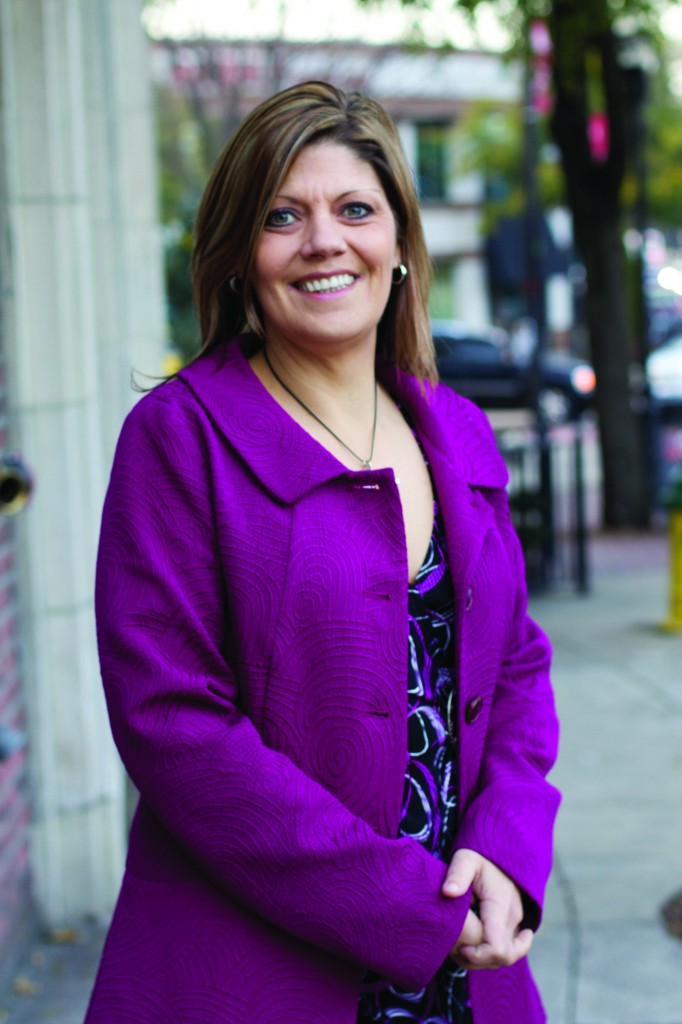 As a teenager Tajuan McCarty was trafficked from Atlanta, Ga., to Birmingham, Ala., by her boyfriend-turned-pimp. “I was trafficked so much to Birmingham it became home,” McCarty says, which is why 25 years after her first visit as a victim of exploitation, she is back to fight the very system she was once a part of.

In July 2010 McCarty heard God calling her to open a shelter for exploited and trafficked women in Birmingham. She answered that call and opened The WellHouse in January 2011. In the two years it has been open the shelter has rescued more than 50 women.

The WellHouse describes itself as a “place of grace” on its website. Women who are trapped in sexual exploitation can come for rescue and restoration with no questions asked.

“I just wanted to help the ladies here in Birmingham. I know there are a lot of them and there’s no place for them to go,” says McCarty, who holds a bachelor’s degree in social work and two masters degrees from the University of Alabama at Birmingham.

“I’ve done social work for years so I knew there was a gap, that they had nowhere to go. And so God just laid it on my heart to open The WellHouse.”

While most shelters require women to be drug free or have identification in order to enter, The WellHouse’s only requirement is that they are victims of sexual exploitation who want a way out. The shelter can house up to six women at a time, and the women are encouraged to stay as long as they need to.

When women come to The WellHouse, McCarty makes sure their physical needs are met first. Most of the time they come with only the clothes on their back, but they soon receive all new things.

“They don’t get anything trial-sized because trial-sized says you’re temporary,” she says. “I want them to have the best, and God’s honored that.”

The same goes for how the house is decorated. The walls are colorful and the décor is inviting because McCarty wants the women to walk in and feel special.

But visitors shouldn’t be deceived by the beautiful and pristine condition McCarty keeps the house in. This is not an easy ministry, and the women she works with are fighting deep inner battles.

“There’s no woman who, if she’s healthy physically, mentally, emotionally and spiritually, would ever sell herself,” McCarty says. “She has psychological chains you can’t see that are worse than anything you could ever think of.”

McCarty is no stranger to the chains binding the women she helps rescue. She used to blame herself for being sexually exploited.

“It took me 25 years to realize I was a victim. This is not something you grow up thinking you want to do.”

Even now, McCarty admits she still has days of insecurity and doubt. “In the back of my mind, Satan will just get in it and say, ‘You’re just a nothing, you’re just a prostitute. It doesn’t matter how many degrees you have, that’s all you’ll ever be.’”

On those days she finds comfort and purpose in the gospel. “Jesus loves prostitutes. His lineage is from a prostitute,” she says. “He didn’t turn the Samaritan woman away. He loved her, and she’d had five live-ins.”

The WellHouse’s work goes far beyond the women who find protection within its walls. Every Monday, McCarty and others hit the streets of Birmingham to share the gospel and pray with men and women they meet. They hand out Bibles and hygiene items and let women know about The WellHouse.

McCarty is also a vocal advocate for trafficking victims, speaking at conferences and using social media platforms such as Twitter, Facebook and YouTube to inform the public about trafficking in the United States.

In January, The WellHouse launched an online awareness campaign highlighting trafficking along the interstate that brought McCarty to Birmingham so many years ago. I-20: The Sex Trafficking Superhighway takes a closer look at the major connector between Atlanta and Birmingham. Interstate 20 is the number one roadway for trafficking in the country according to the video.

“This stuff is happening in truck stops up and down the interstate. It’s not just the method of transportation; it’s also the theater in which this thing plays out,” says Executive Creative Director for Lewis Communications Spencer Till.

Till is the creative force behind the video, which has been viewed more than 15,000 times. As soon as he heard about The WellHouse, he knew he had to get involved somehow.

“[At first I thought] there’s no way this could be happening. This is Birmingham,” Till says. “[But then I started asking] ‘What can I do to bring this to light? What can we do to bring this out of the shadows?’”

Over the next year, Till and his team spent their free time researching and filming, talking to victims, truckers and public officials. What they found is that the problem of slavery on the interstate is particularly bad at truck stops.

Girls frequently approach the truckers offering their company while their pimps are around the corner watching. If an unfamiliar vehicle pulls into the station, the pimps signal the girls, and they disappear so quickly that even an observant driver wouldn’t notice that something was amiss.

“It illustrates how we can be so clueless about what’s going on. We drive up and down the interstate every day without realizing what’s happening,” Till says.

Awareness is key in the battle to end human trafficking, especially in our own backyard. Victims aren’t just foreign nationals, they’re girls from right down the street.

“It’s mind-boggling how innocent it starts. No matter where you live or what you do or what your upbringing is, anyone can become a victim,” Till says.

“When you’re a teen you go through kind of a rebellious stage, and they [the pimps] are capitalizing on that. And it’s so easy for [girls] to get their heads turned by a guy who starts giving them a lot of attention and giving them gifts or by a girl that always has nice clothes and seems to have a great life,” Till says of the ways that girls are lured in.

Trafficking can happen to anyone because the high demand for commercial sex creates a need for a high supply of women, an important reality to consider when approaching how to end sex trafficking.

Looking to the Future

Only four other shelters in the United States do what The WellHouse does, and the need for shelters is great.

“I’m finally wrapping my mind around the United States, that that’s where God’s leading us. Because there are not enough beds,” she says.

She recognizes that there’s a long way to go toward ending trafficking and that it’s a difficult road filled with obstacles.

“This is not nice clean ministry where you go in and feed people and everyone is full and you walk away and [think] ‘Aw I’ve done a good thing,’” she says. “There are many days where I walk off this front porch and go, ‘Oh Lord what am I doing? Have I made a difference?’”

But her faith in God’s provision and the ways that she has seen Him bless The WellHouse keep her going.

“I don’t know how big your God is but my God’s really big. He made all 27 million of those slaves plus all the moons and stars and heavens and earth and everything,” she says. “My God is bigger than that, so if we get together, unified in Christ, then we can make a difference.”

To learn more about The WellHouse visit the-wellhouse.org.

Into March Madness: A round-by-round recap

In with the Old and Out with the New